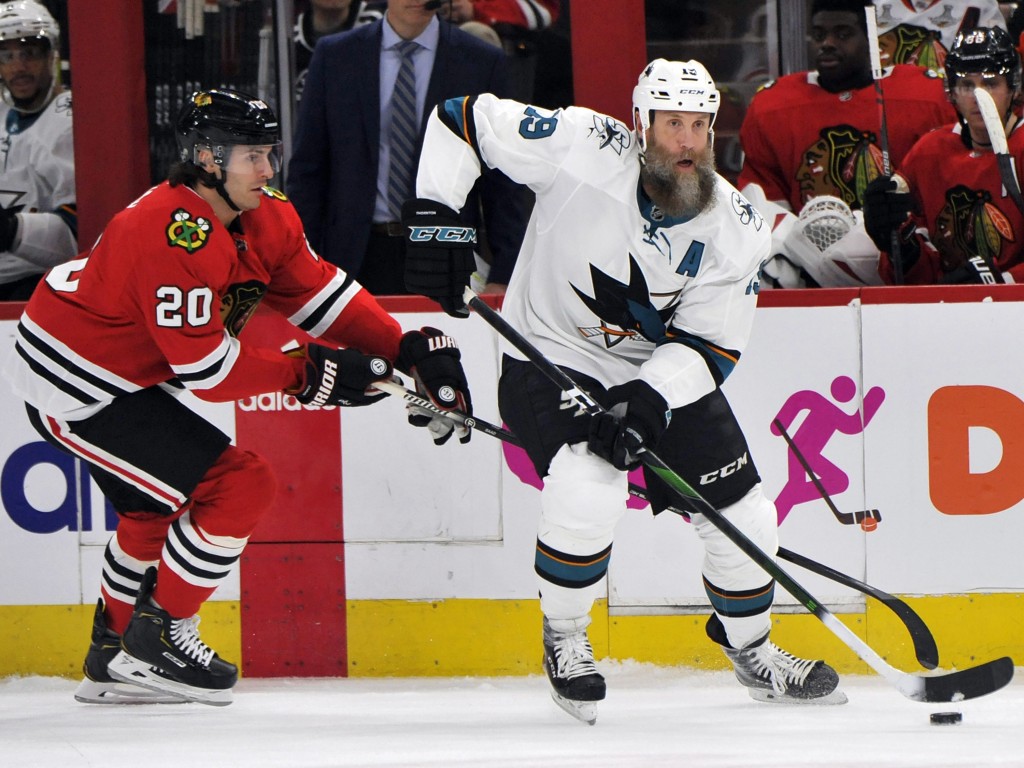 Thornton, a six-time all star and the winner of the Hart Memorial Trophy in 2006 as the NHL's MVP, is the second Ontario-born veteran to sign a league-minimum deal with the Maple Leafs in free agency, joining Jason Spezza.

Selected first overall by Boston in the 1997 NHL draft, Thornton has 420 goals and 1,089 assists in the 1,636 regular-season games with the Bruins and San Jose Sharks and 31 goals and 102 assists in 179 playoff games. In 70 games last season for San Jose, he had seven goals and 24 assists.