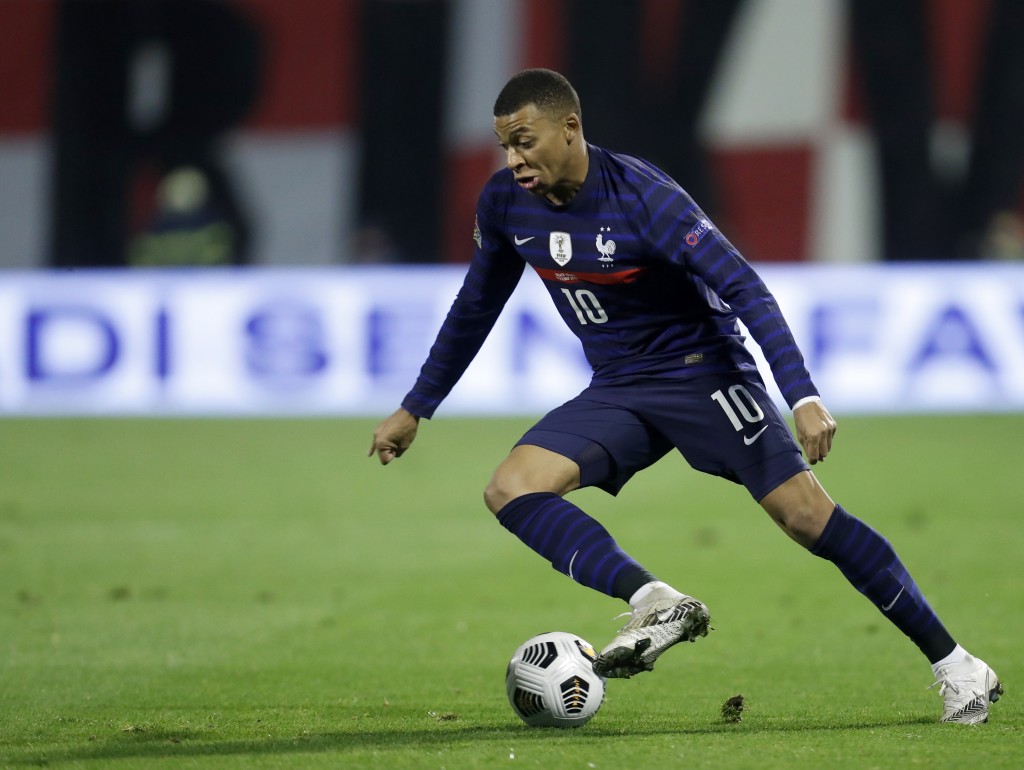 PARIS (AP) — Star striker Kylian Mbappe scored twice as Paris Saint-Germain won at 10-man Nimes 4-0 on Friday to move to the top of the French league for the first time this season.

Mbappe netted late to give France a 2-1 win at Croatia two days ago in the Nations League.

Nimes center half Loick Landre was sent off after 12 minutes for a chest-high high tackle on midfielder Rafinha.

The speedy Mbappe made a typical run behind the defense and beat goalkeeper Baptiste Reynet in the 32nd.

Right back Alessandro Florenzi's header made it 2-0 in the 78th and Mbappe pounced five minutes later after being set up by winger Pablo Sarabia, who completed the rout.

PSG's fifth straight win took it above Rennes on goal difference with both sides on 15 points after a below-strength Rennes drew at last-place Dijon 1-1 earlier Friday.

But PSG was even more depleted for the trip south.

Also, with Manchester United coming to Paris in the Champions League next week, PSG coach Thomas Tuchel rested Neymar after he scored a hat trick for Brazil in Peru on Tuesday.

But midfielder Leandro Paredes started despite playing for Argentina this week and limped off early on against Nimes with a hamstring injury. Forward Moise Kean and Rafinha made their PSG debuts after signing recently.

Rennes, meanwhile, lost its four previous trips to Dijon but netted midway through the first half when Martin Terrier turned in Hamari Traore's left-wing cross.

Rennes center half Damien Da Silva and midfielder Steven N’Zonzi were suspended, while 17-year-old midfielder Eduardo Camavinga was on the bench after playing for France on Wednesday.

In Saturday's games, winger Hatem Ben Arfa could make his debut for Bordeaux away to Marseille.