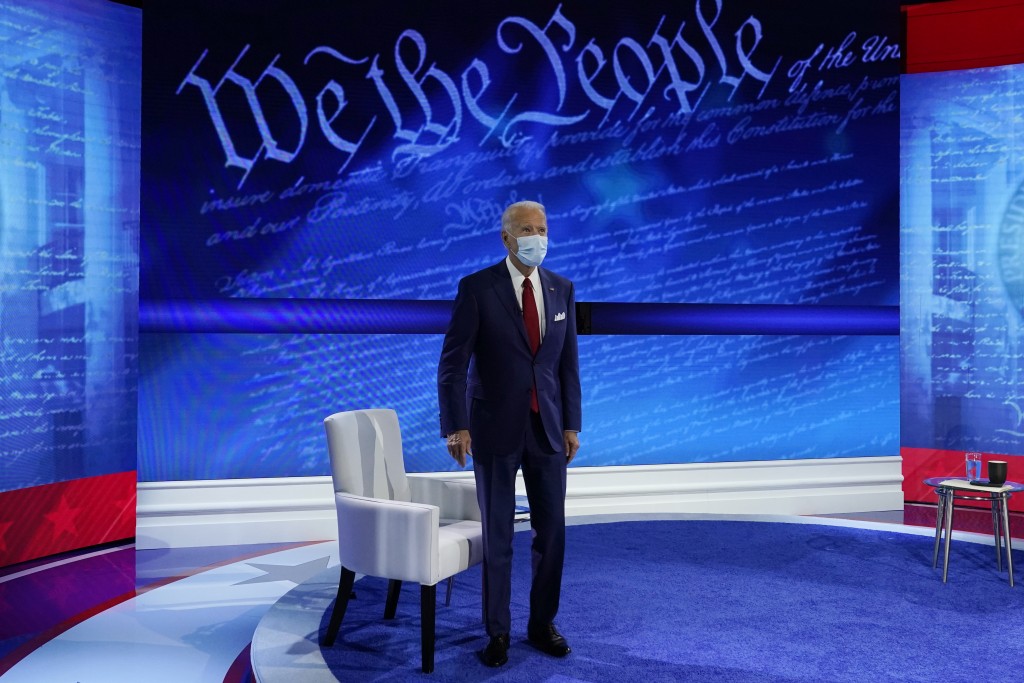 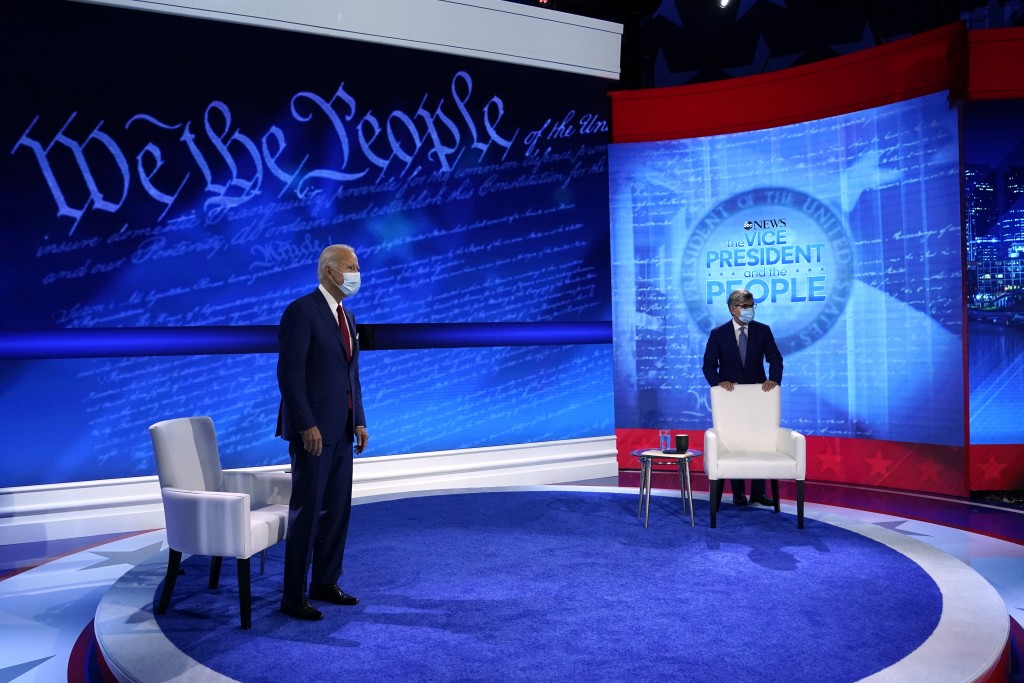 NEW YORK (AP) — It's not the tally that really matters, but Joe Biden scored something of an upset over President Donald Trump.

In their dueling town halls, the Democratic presidential candidate reached more viewers on ABC than Trump did for NBC News Thursday night.

The Biden town hall reached 14.1 million people on ABC between 8 and 9 p.m. and Trump had 13.5 million combined on NBC, CNBC and MSNBC, the Nielsen company said.

It had been expected that Trump would reach more people simply because it was being seen on three networks. But with a prime-time lineup of liberal opinion hosts on MSNBC, Trump wasn't particularly welcomed by either viewers or network personnel.

The Biden town hall, with questions from the audience and moderator George Stephanopoulos, lasted 90 minutes.

NBC had received sharp criticism for scheduling its event at the same time as Biden. It was supposed to have been the night of the second debate, but the independent commission canceled it after Trump balked at doing a virtual debate.