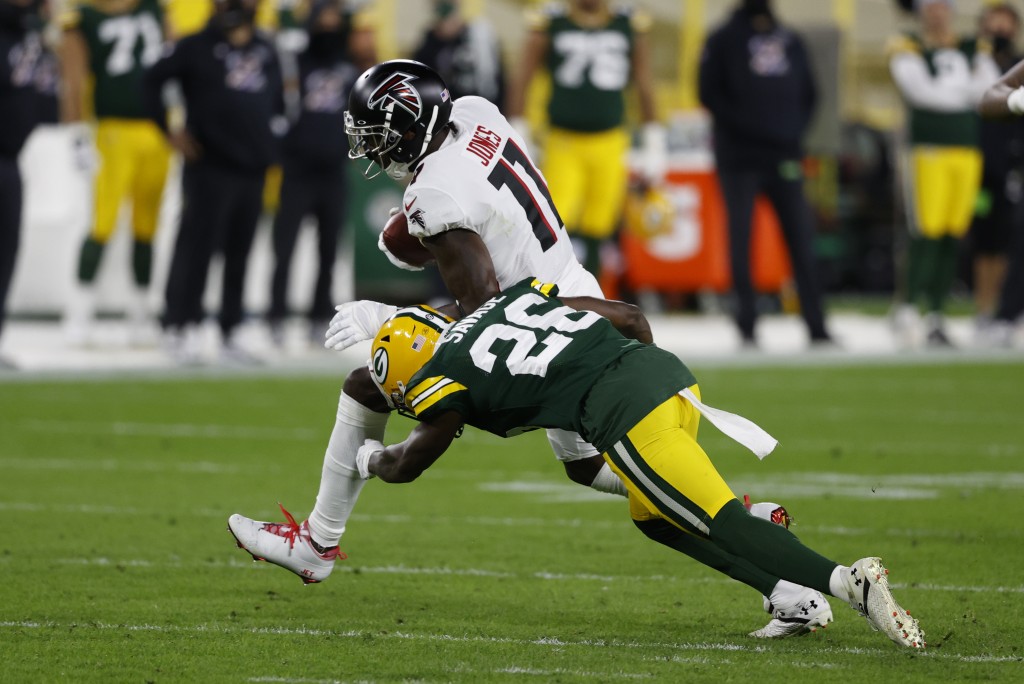 Jones has played just one half of the last three games because of a hamstring injury. Friday marked the first day he was able to get on the field in the last two weeks.

Defensive end Takk McKinley (groin) and safety Jaylinn Hawkins (concussion) have been ruled out for the Vikings game. Defensive end John Cominsky (illness, not COVID-related) did not participate Friday and was listed as questionable.

Jones has 15 catches for 213 yards and no touchdowns this season.

Last season he surpassed 12,000 career yards receiving in 125 games to become the fastest NFL player to reach that mark. Over his previous nine seasons, Jones had 193 catches that went for 20 yards or more to lead the league over that span.

The Falcons (0-5) have a new interim coach in Raheem Morris after Dan Quinn was fired after last week’s home loss to Carolina. The Vikings (1-4) are coming off a close loss at Seattle.