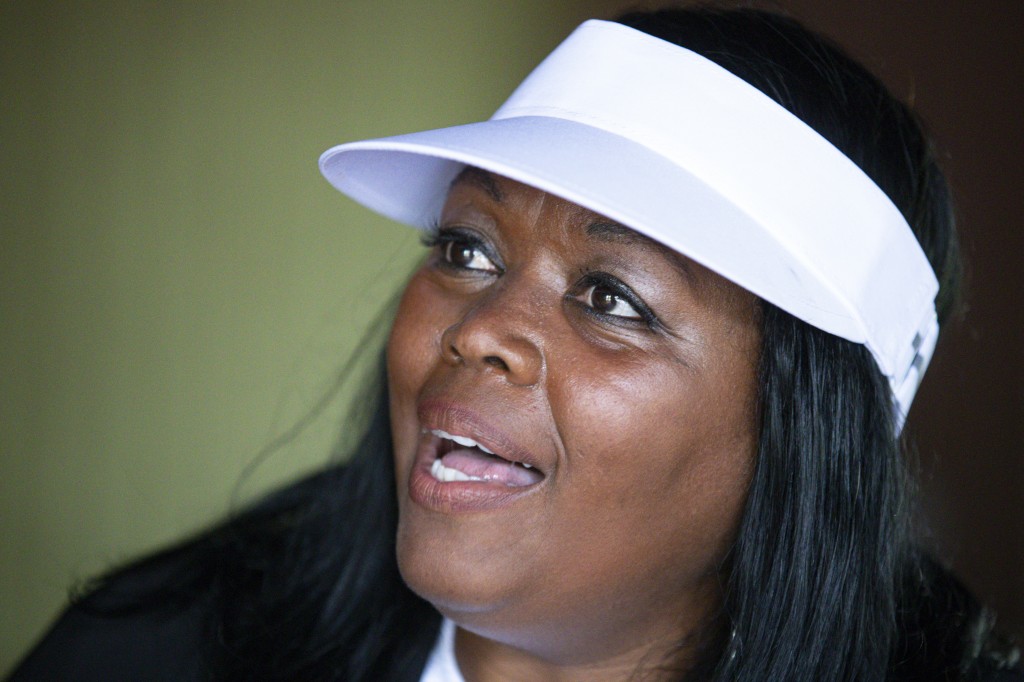 INDIANAPOLIS (AP) — A Black woman who says she has received numerous racist and threatening messages as an Indiana congressional candidate against Vice President Mike Pence's brother called police after hearing what she thought was gunfire before a campaign event.

Democrat Jeannine Lee Lake, who faces long odds against Republican Rep. Greg Pence in the GOP-dominated 6th District, said she had just parked Thursday evening outside Vera Mae’s Bistro in Muncie when she heard what she believes were three gunshots outside the driver’s side window. Lake said she was rattled but uninjured, and she noticed no damage to the vehicle.

Muncie Police Capt. Steve Cox said officers responded to the scene shortly after 8 p.m., and an investigation is ongoing.

“It's terrifying to me,” Lake said. “Now, in the scope of where we’re at with this campaign, in terms of some of the negative things, the harassment that's happened, I do feel like things are escalating quite a bit.”

Lake said she began receiving racist phone messages and damage to personal property late this summer after the Delaware County GOP published her personal address and contact information in a Facebook post. Many of the voicemails call her racial slurs and include other derogatory language.

She says that last month somebody mailed her and two campaign aides a 22-page document containing private details about her pending divorce and personal whereabouts. Lake said she considered the packages to be “personal threats” because the research gathered couldn't be found with simple online searches.

Delaware County Prosecutor Eric Hoffman, who reviewed the case, reported an “envelope contained photocopies of various election statutes and regulations that the unknown person or persons had mailed to Mrs. Lake." The documents contained “no explicit or implicit threats," he continued, adding, “given these facts, under Indiana law, no crime has been committed.”

Lake made a sheriff's office report in September that somebody vandalized property at her home. She said a personal cellphone, door magnets and campaign signs were stolen Monday from her campaign RV after somebody broke the back window.

Pence has denied any involvement in the incidents and asked that the prosecutor “conduct a full investigation.”

“Congressman Greg Pence does not condone any sort of this behavior and supports a full investigation,” Kyle Robertson, a spokesman for Pence, told the AP on Friday.

Lake said she's now contemplating a suspension of all in-person campaigning activities due to safety concerns she has for herself and her staff.

“I’m afraid, and I hate that I feel this way,” she said. “But all of these things together, it has my senses heightened — way more than during any campaigning before.”

Lake is the only Black woman running for federal office in Indiana this fall. Greg Pence easily defeated her in 2018 to win the seat, which Mike Pence held for 12 years before becoming governor and then vice president.

Throughout her campaign, Lake has remained outspoken about her stances against racism and bigotry and in support of civil rights. This summer, she also took to social media to criticize Pence for allowing the sale of objects with racist depictions of African Americans at a sprawling antiques mall he co-owns in Edinburgh, Indiana.

Casey Smith is a corps member for the Associated Press/Report for America Statehouse News Initiative. Report for America is a nonprofit national service program that places journalists in local newsrooms to report on undercovered issues.