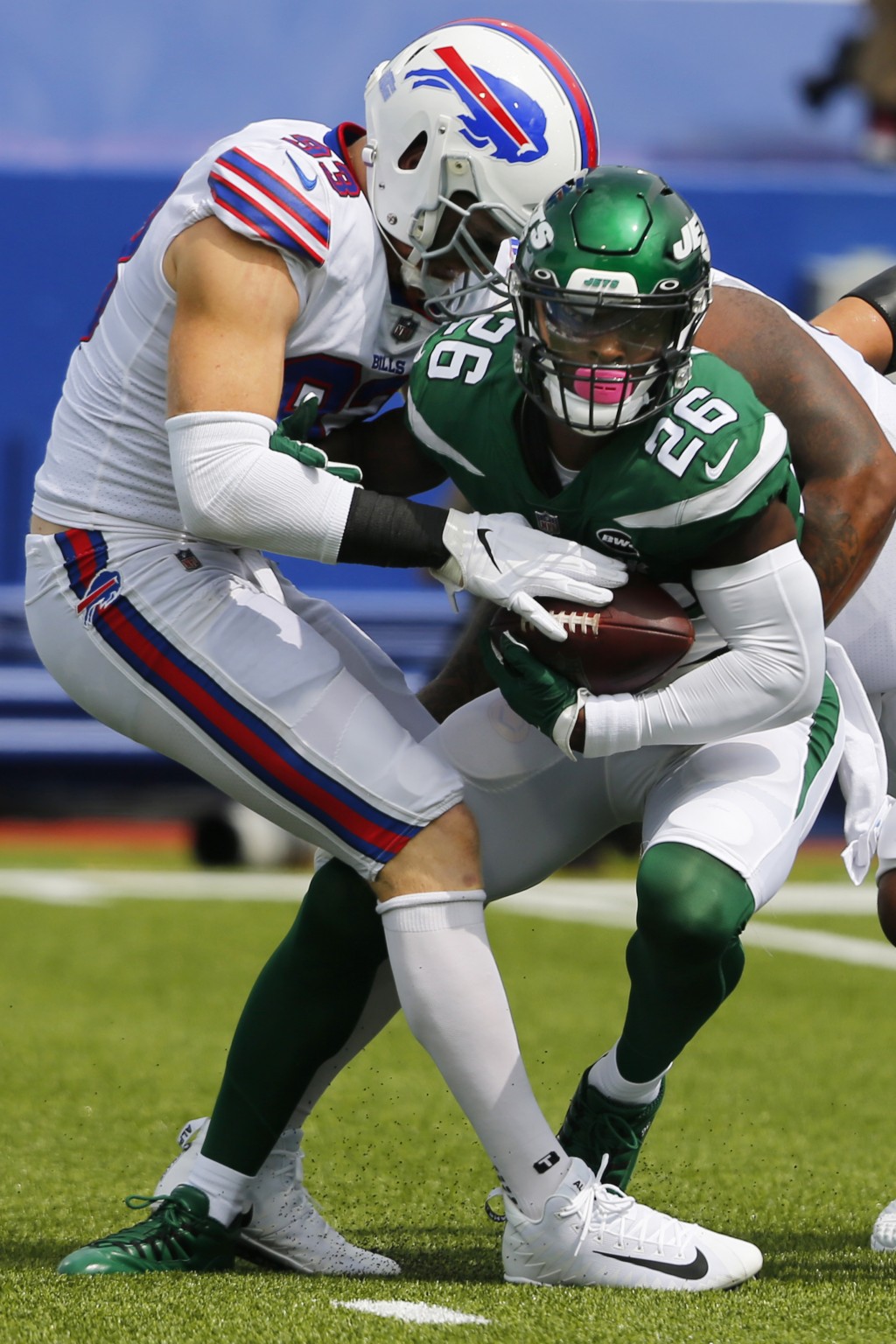 KANSAS CITY, Mo. (AP) — The only member of the Kansas City Chiefs that was available and willing to discuss Le’Veon Bell, arguably the biggest free-agent signing since the offseason, happened to be the defensive coordinator who won't have anything to do with him.

Steve Spagnuolo is happy for that, too.

Spagnuolo already had plenty of headaches trying to stop Bell when the two-time All-Pro running back was with the Pittsburgh Steelers. The longtime defensive whiz had five opportunities to shut down Bell, who announced Wednesday that he was signing with the Chiefs, and each time Spagnuolo found himself grasping at straws.

“Look, it's great always to accumulate good football players,” Spagnuolo said. “I haven't seen him or gone against him in a long time. But he was so challenging to stop in that dual play the Steelers ran where he'd just sit back there and pick and weave. No matter what you did, it felt like you couldn't stop him for six or seven yards.”

The Chiefs follow a strict schedule for making coaches and players available to reporters, and coach Andy Reid, general manager Brett Veach and Bell weren't available Friday. Bell could still be completing physicals and paperwork, and he must pass a six-day COVID-19 protocol or get an exemption before he's allowed in the building, so not even some of the folks in the Chiefs organization were quite sure when he would join the team.

That's why Chiefs offensive coordinator Eric Bieniemy was quick to say: “I know there's been some discussion about a particular player. I'm going to defer all those questions to Coach Reid and Brett Veach.”

“Right now, our focus is on the Buffalo Bills,” Bieniemy said. “We need to make sure we get this chip off our shoulder.”

Bell won't be able to help them by Monday night, of course. But he should provide a big lift for a struggling run game the rest of the season, especially as the Chiefs (4-1) chase a first-round playoff bye in the defense of their Super Bowl title.

Bell became a bona fide star with Pittsburgh, where he ran for at least 1,200 yards and caught 75 passes in three different seasons. But things went haywire after he skipped the 2018 season amid a contract dispute. Bell signed a four-year, $52.5 million deal with $35 million guaranteed with the New York Jets, but he never quite meshed with coach Adam Gase, and he was released this week after they failed to find any suitable trade partners.

Bell was reportedly considering three teams before settling on Kansas City, where he will back up Clyde Edwards-Helaire.

The rookie out of LSU, who was the Chiefs' first-round pick in this year's draft, raised eyebrows by running for 138 yards with touchdowns on the ground and through the air in his debut against Houston. But Edwards-Helaire had just 38 yards rushing the following week, 64 yards rushing each of the next two and 40 yards rushing last Sunday against the Raiders — when the Chiefs lost 40-32 to end their franchise-record 13-game winning streak.

He also can't do it alone, and that's another reason the Chiefs signed Bell. They thought they would have Damien Williams to provide a 1-2 punch, but he opted out due to COVID-19. That left only Darrel Williams, who has carried 11 times for 35 yards, and Darwin Thompson, who has six carries for 32 yards, to give Edwards-Helaire a break in the backfield.

Edwards-Helaire has run 81 times for 344 yards. The rest of the team, which includes quarterback Patrick Mahomes and the wide receivers the Chiefs use on jet sweeps, have combined for just 51 carries and 213 yards.

So while Bieniemy might be unwilling to say it, the Chiefs' defensive coordinator is: “I'm sure our offensive guys will be glad to have him,” Spagnuolo said.