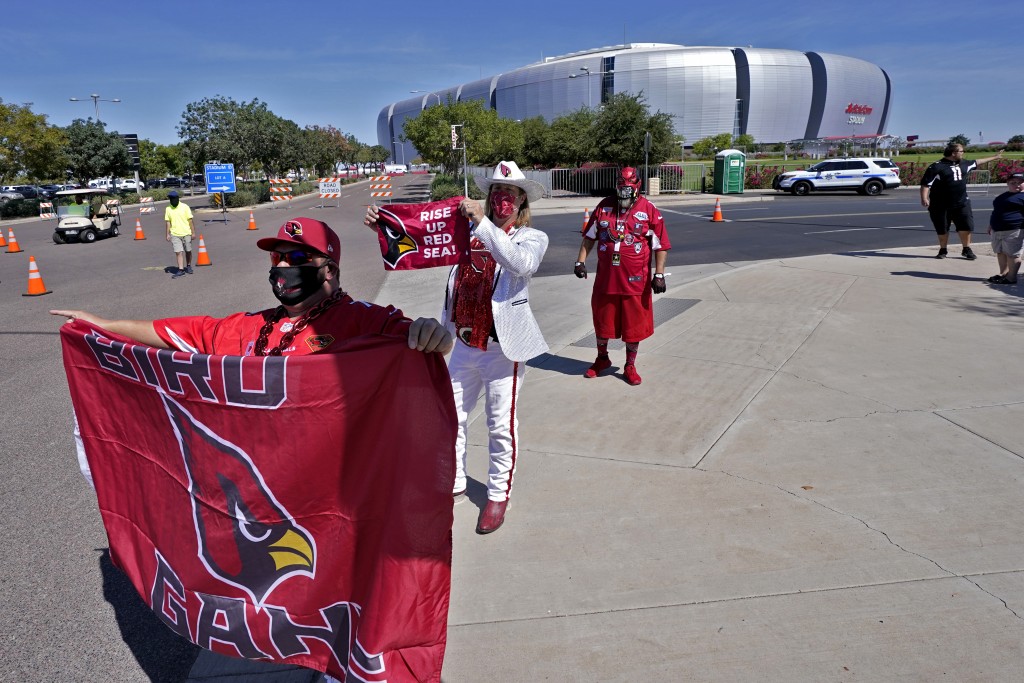 The Carolina Panthers have placed guard/center Tyler Larsen on the reserve/COVID-19 list, five days after he played against the Atlanta Falcons.

Falcons defensive tackle Marlon Davidson was placed on the reserve/COVID-19 list on Tuesday after Carolina defeated Atlanta 23-16. Larsen did not start for the Panthers in that game, but did see action as a reserve.

The Panthers still practiced on Friday in preparation for Sunday’s home game against the Bears.

The Arizona Department of Health Services is permitting the NFL’s Cardinals to host a crowd of up to 1,200 people for the team’s next home game against the Seahawks on Oct. 25.

The Cardinals had approximately 750 people in the stands for their game against the Lions on Sept. 27. That group was limited to staff, family members and friends and was a test for State Farm Stadium’s COVID-19 protocols.

Seats for the Seahawks game will be available to those with season tickets based on order of account seniority. Masks are mandatory. There will be 600 seats available on both the west and east sides of the stadium and spread out in pods of two.