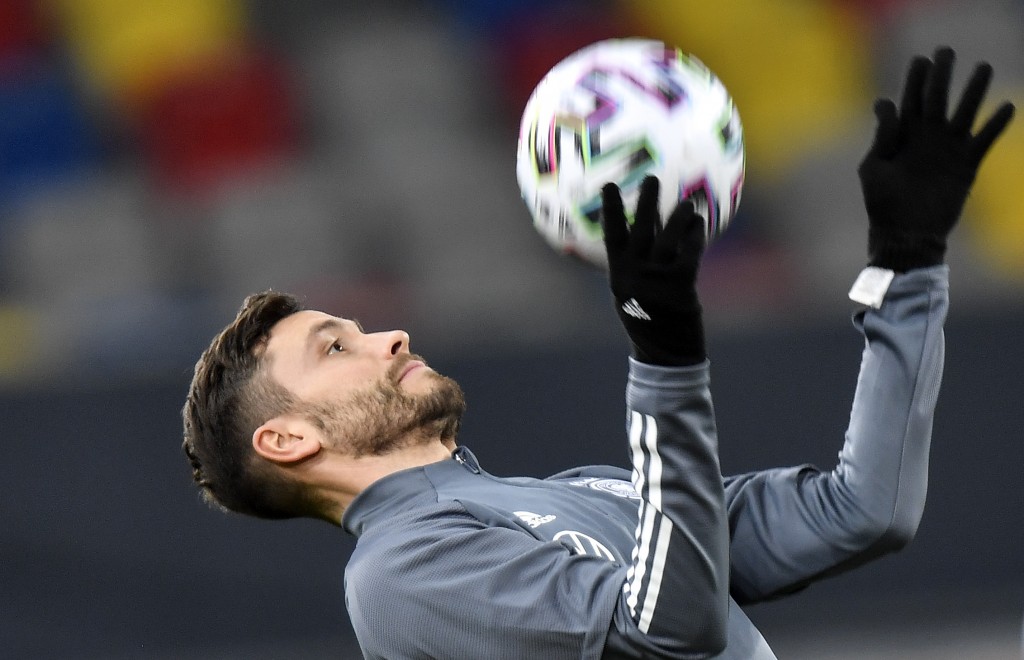 The 30-year-old Hector informed Löw and his club in September of his decision to quit international soccer, but the decision was made public only on Thursday.

Löw told the German soccer federation website on Friday “we had a very good, confidential and personal conversation. I have great respect for him and his decision. We all in the national team are grateful for the positive energy he has always given us.”

Hector was one of the most popular members of the German team for his modesty and quiet manner. On the pitch, he was dependable and hard-working. After making his debut against Gibraltar in November 2014, he went on to make 43 appearances.

Hector was the only member of Germany’s squad at the 2016 European Championship not to have played for one of its under-age teams, his talents hidden while playing for hometown team SV Auersmacher until he was 20.

“He is a great personality, a role model for loyalty and fairness, an absolute team player,” Löw said. “His attitude and humility have always impressed me, on and off the pitch. I could always rely on him.”

Löw noted Hector played a key role in Germany winning the 2017 Confederation Cup, while he said he will never forget his decisive penalty in the Euro 2016 quarterfinal against Italy. Hector scored three goals altogether.

“In addition to his sporting qualities, we also greatly valued his character, his composure and his trust,” Bierhoff said. “You can have informed discussions with Jonas about topics apart from soccer. He never forgot his roots and truly exemplified the values of our team. He will always be welcome within the team, even after his playing days are over.”

Hector has played 149 Bundesliga games and 86 in the second division for Cologne since he joined the club from SV Auersmacher in 2010. He was 18 when he broke into Auersmacher’s senior side, then playing sixth-tier football in the southwestern Saarland league.

Though there were enquiries from other clubs including Bochum, Bayern Munich and Saarbrücken, the biggest local club, Hector previously told 11 Freunde magazine, “I simply felt good in Auersmacher, I wanted to keep playing with my friends.”

Löw called up Hector for Germany after 11 Bundesliga games for Cologne in 2014 and he quickly became a favorite of the coach, filling the gap left by Philipp Lahm, who retired from international football after Germany’s World Cup win in 2014.