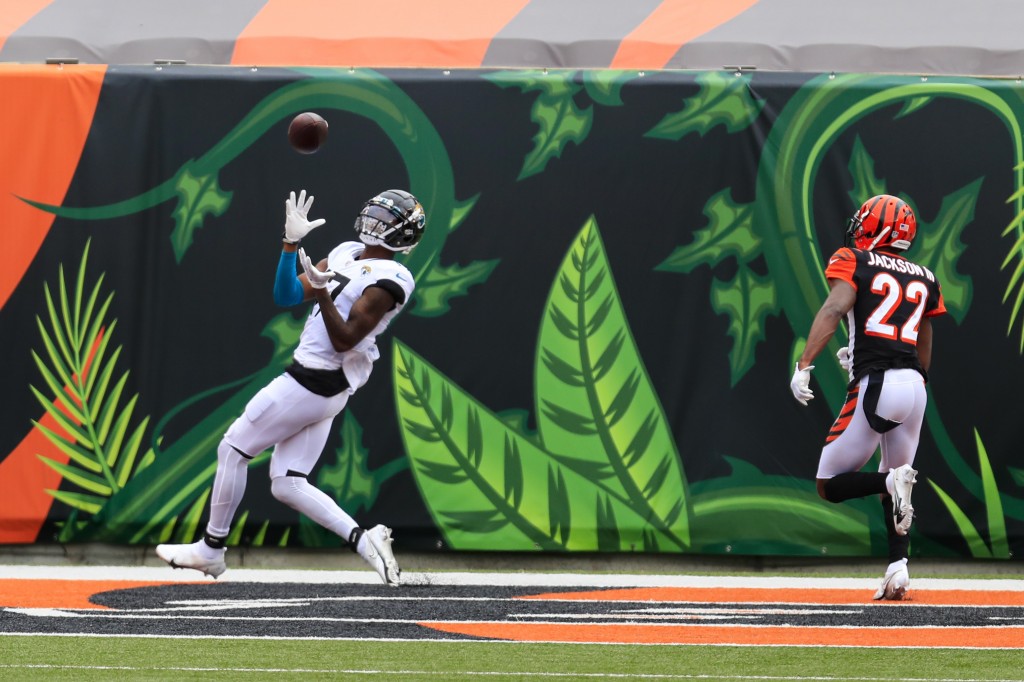 JACKSONVILLE, Fla. (AP) — The Jacksonville Jaguars could be without Pro Bowl receiver DJ Chark against Detroit on Sunday.

Coach Doug Marrone listed Chark as questionable for the game. If he can't go, Chark would be sidelined for the second time in four weeks. Chark missed a Week 3 game against Miami with a chest/back injury. He sprained an ankle last week at Houston and was limited to three receptions for 16 yards.

He has 18 catches for 220 yards and three touchdowns this season.

Linebacker Myles Jack (ankle) and cornerback CJ Henderson (shoulder) were full go in practice on Friday and no longer listed on the injury report. Both sat out last week's loss to the Texans.