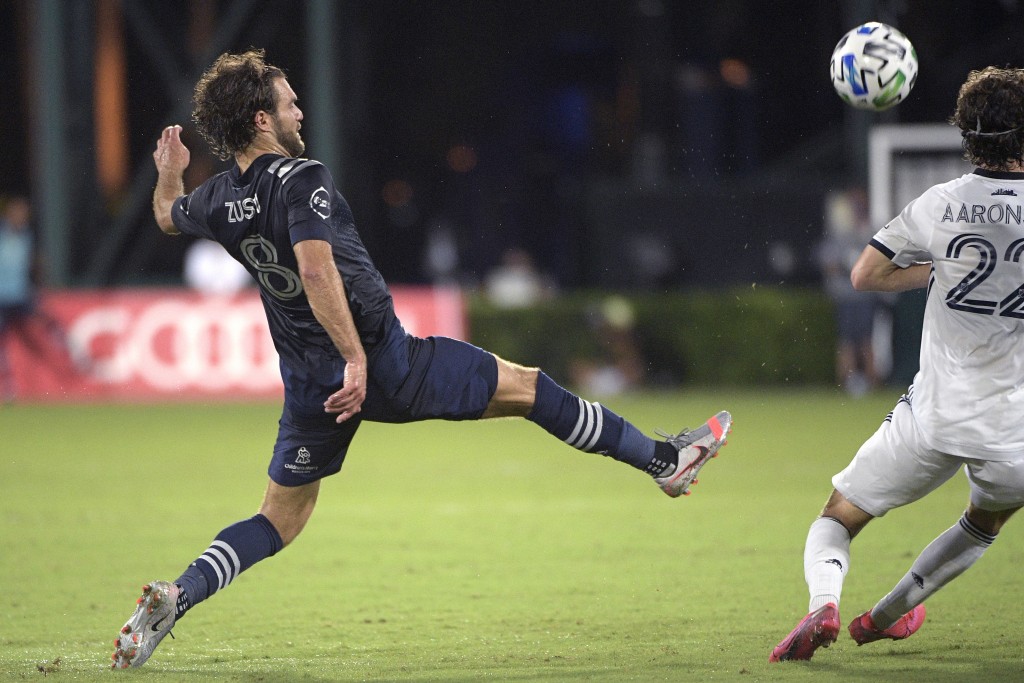 The Union announced Friday that the 19-year-old signed a contract through 2025 with the Bundesliga team. He will be able to play for the club when the international transfer window opens in January.

“Playing in Europe has always been a part of my dream. I’ve been able to accomplish the first part of my dream, to play for my home city, and am so excited for this continuation of my journey,” Aaronson said in a statement.

Aaronson's move is the first time a homegrown Union player has transferred to a European club. The transfer fee was reported at $6 million plus performance bonuses, making it the highest fee ever garnered for a homegrown MLS player. Philadelphia will also retain a percentage of any future transfer fees for Aaronson.

Aaronson has scored seven goals with five assists through 42 appearances with the Union. A U.S. national team prospect, he made his debut against Costa Rica earlier this year.

“As a young player I focus on growing my ability, and I have seen how Salzburg have developed so many incredible talents,” Aaronson said. “The way they play football really suits my own style, which is attacking with high pressing. It is the perfect next step for me.”

Aaronson, who is from Medford, New Jersey, joined the Union Juniors when he was 11. He made his debut with the senior team in 2019.

Salzburg, which was bought by the Red Bull beverage company in 2005, has won 14 Bundesliga championships.

“We’ve watched Brenden Aaronson for some time now and he’s gotten better with each game. He understands our philosophy of soccer and he is clever on the ball. He does all the things that we like in a player,” Salzburg coach Jesse Marsch said. "I think Brenden will adapt immediately to the way we play. We are really excited for him to be a member of our team. Brenden is going to love it here.“