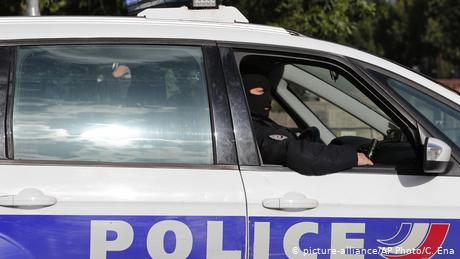 French police shot a man dead on Friday after he allegedly decapitated a teacher near Paris.

According to local reports, the suspect beheaded a man in Conflans Sainte-Honorine, north-west of Paris.

Police saw the suspected attacker carrying a knife near the crime scene, police said. He was then shot dead after allegedly threatening police.

Police asked the public to avoid the area.

The National Anti-Terrorist Prosecutor's Office (PNAT) announced that it was investigating a killing "in relation to a terrorist enterprise" and "criminal terrorist association". according to the PNAT. The Anti-Terrorist Sub-Directorate of the Police and the General Directorate of Internal Security (DGSI) were also involved, Le Monde reported.

Interior Minister Gerald Darmanin was reportedly cutting his trip to Morocco short and returning to Paris.

"It is necessary to underline the speed with which the police officers neutralized the individual," he said.

Police told reporters that the victim was a middle school teacher who had recently held a class on freedom of speech in which he showed caricatures of the Muslim Prophet Muhammad.

Le Parisien reported that the suspected attacker was a parent of one the victim's students.

This is a breaking news story and will be updated as more details become available.