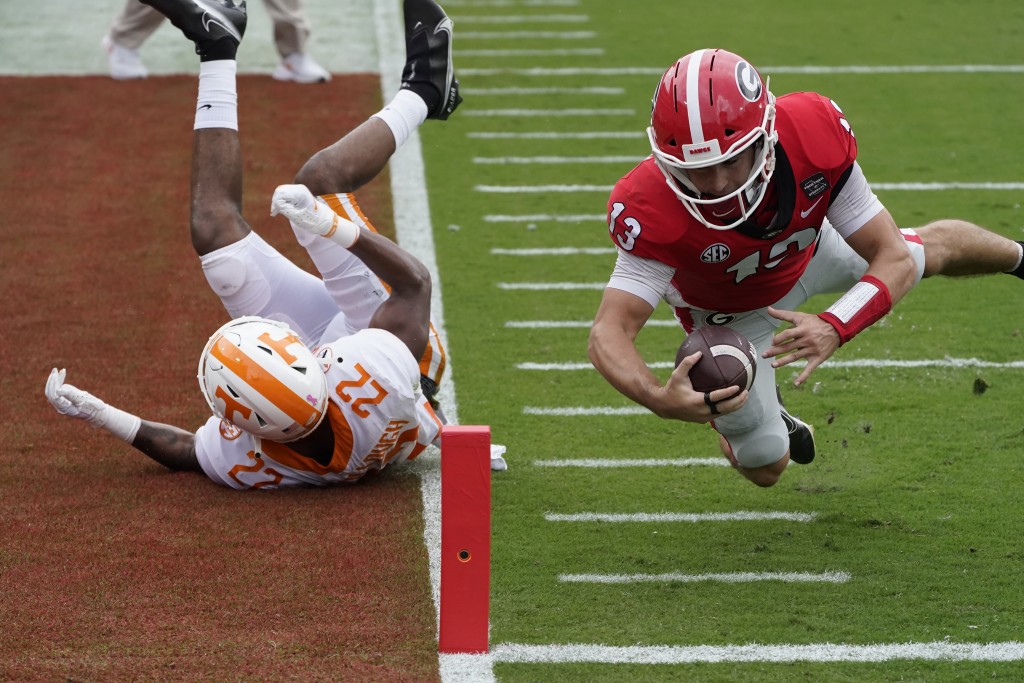 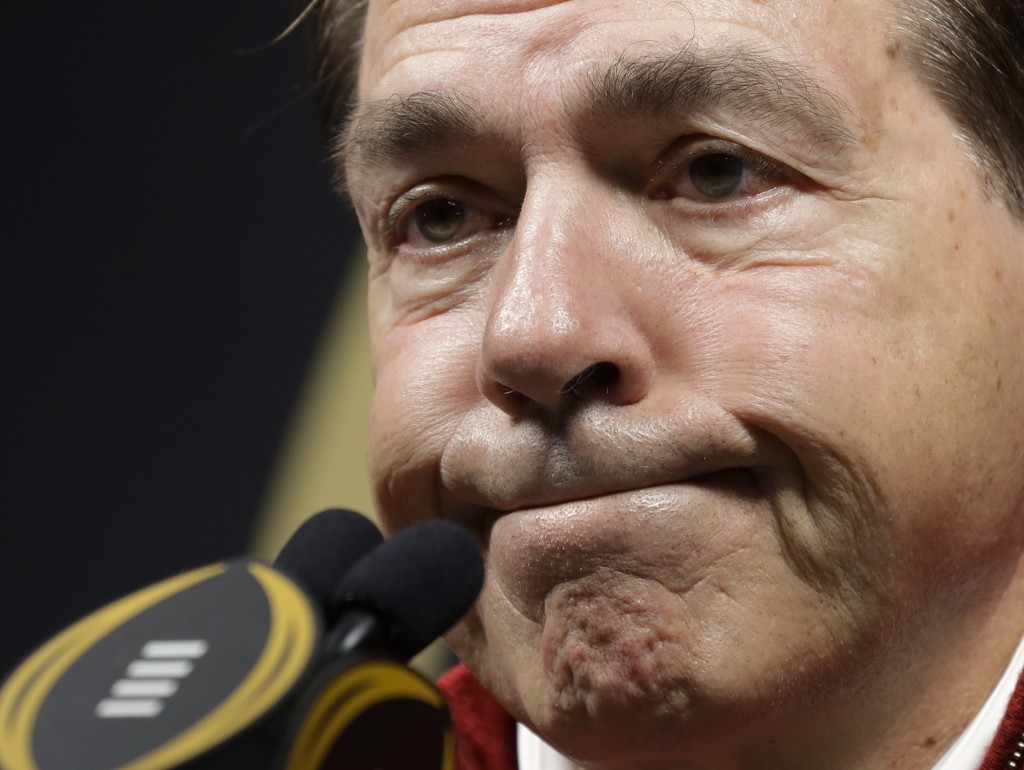 The third-ranked Bulldogs, in fact, look more like vintage Alabama than Alabama these days.

The second-ranked Crimson Tide enters Saturday night's Southeastern Conference game with a soaring passing game and a defense that is much more generous than in the “old” days, circa 2013. Georgia is more old-school.

“I would agree they’re a little more like the old Alabama way, a little more grind it out,” said Mississippi coach Lane Kiffin, who helped transform the Tide into a more explosive, pass-happy offense starting in 2014. “Not as explosive. Then play phenomenal defense.”

The similarities are no coincidence, of course. Georgia coach Kirby Smart was defensive coordinator for four Alabama national championship teams and some of the most dominant defenses in recent memory. Meanwhile, Alabama coach Nick Saban, is sidelined for this game after a positive test for COVID-19.

But Saban has pivoted from his old ways and built championship-caliber teams employing a much different formula emphasizing tempo and downfield passing more while the defense suffers partly as a result.

The talent and the results haven't changed much.

Alabama is fresh from a 63-48 win over Kiffin's Rebels, a score that would have been unheard of for a Tide team a few years ago.

‘Bama also leads the nation in scoring offense at 51 points per game. Georgia, by contrast, has the nation’s top run defense and yield's the second-fewest points per game at 12.3. That's about a quarter's work for Alabama so far.

“There's some similarities" to those Tide defenses, Saban said on his radio show Thursday evening. "I think they've progressed and they do some things that are a little more unique than what we did back in that time, because it's been about five years ago.

“But we had those kind of players on defense. And we did a lot of the same basic things. I think they've added some things, especially on third down, that have been very effective for them.”

“I feel like the last two times we’ve played (Alabama), they were scoring that many points,” Smart said. "The time we played them with Tua, we went into the game thinking they may score a thousand.

“They had all those wideouts, and they were really, really good then, and I felt like they scored lots of points then.”

That hasn't changed. But Georgia is winning with strong defense, a solid running game and a quarterback, Stetson Bennett, who may not have put up dazzling numbers but also hasn't thrown an interception yet. Like Alabama did with quarterbacks like Greg McElroy, a smart, efficient game manager, and AJ McCarron. Both mostly avoided costly mistakes, like Bennett has so far.

Then came Kiffin and quarterbacks like Hurts and Tagovailoa, the Miami Dolphins No. 1 draft pick this year.

A steady stream of star wideouts have also been around. The current group is led by potential first-rounders Jaylen Waddle and DeVonta Smith after Henry Ruggs III and Jerry Jeudy followed Tagovailoa in the latest opening round.

But Georgia safety Richard LeCounte says the Bulldogs still maintain their goal of holding the opponent to 13 points or fewer. The strategy is making offenses earn it, not giving up the long ball or run that Alabama has often produced this season.

“That’s something that you can always count on coming from that Georgia defense,” LeCounte said. "We practice like there isn’t going to be a tomorrow. We hit each other, we thud each other. That’s just the way football is meant to be played, keeping the defined principles, defined.”