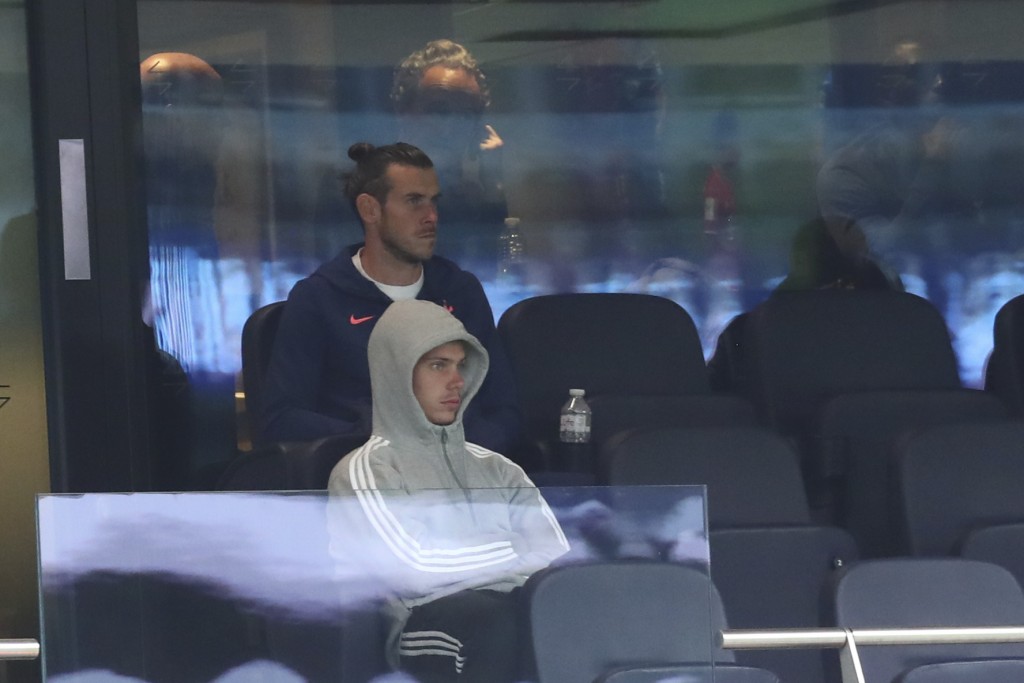 LONDON (AP) — It was a moment of magnificence Tottenham had become accustomed to seeing Gareth Bale produce: A shot unleashed from 25 yards, curling into the top corner of the net.

As so often, Bale was Tottenham's savior on May 19, 2013. But the match-winner against Sunderland wasn't enough to squeeze Tottenham into the Champions League or convince Bale to stay at the club that transformed him from a left back into a left winger terrorizing defenses.

The 100 million euros (a then world-record $132 million) offered by Real Madrid was too irresistible to reject for Tottenham. A move to a European powerhouse was just what Bale had been seeking. But seven years later Bale is back in north London on a season-long loan from Madrid as a 31-year-old, leaving behind his critics in Madrid with a bulging medals' collection the envy of most players.

“When you actually analyze it, Gareth has been a huge success,” Bale’s agent, Jonathan Barnett, told The Associated Press, "He has been probably Britain’s most successful export in soccer. And so to look at it in just the last (few months) is a bit unfair. If you look at it over a long period of time, you would say how wonderful Gareth has done.

“Unfortunately, at the end (in Madrid) ... it is a shame people write so much about this little bit and so little about his whole future.”

The future is wearing a Tottenham jersey — hopefully for Bale against West Ham in the Premier League on Sunday.

“There’s been things in the past people saying, ‘He’s lost his love.’ But it never happens,” Bale said recently. “I think it’s maybe just the love was lost at the club I was at.”

The love affair with Tottenham can be rekindled with what is essentially his second debut for the club. It would be in a stadium that didn't even exist when he played on the same patch of north London for the last time at White Hart Lane 2,709 days earlier.

“He is working very well, he is working in the way he was not able to do for a long time,” Tottenham manager Jose Mourinho said Friday. “He is in pretty good condition.”

Bale’s first Tottenham appearance was in August 2007, a 1-0 loss to Manchester United — the team Mourinho’s side routed 6-1 before the international break. Only goalkeeper Hugo Lloris remains from the side that beat Sunderland on the final day of the 2012-13 season in Bale’s farewell to Spurs.

Now Mourinho is relishing having a full complement of attacking options that could see Bale start up front with Harry Kane and Son Heung-min.

“The squad is so, so good, is so, so strong,” said Mourinho, who is never shy about criticizing recruitment at the teams he has managed. “In such a difficult period where I always believed we were not able to reach some of the targets, some of the needs, the club made an incredible effort.”

It's been more than a month since Bale was fit enough to play for Wales, just before the return to Tottenham was completed after being ostracized at Madrid.

Zinedine Zidane only used Bale for around 100 minutes in La Liga games after the pandemic shutdown ended in June and didn't use him at all in the Champions League in August before a 45-word statement signaled his departure.

Bale was characterized as never fully settling in Madrid or to the Spanish way of life because he didn't speak the language and preferred quieter afternoons away from training playing golf, rather than late nights socializing with teammates.

Perhaps less time was spent time by Madrid — or local media — dwelling on his ability to make an impact on the biggest occasions. Like the extra-time header that put Madrid ahead for good in the 2014 Champions League final victory over Atlético Madrid. Or the two goals, including a bicycle kick, as a substitute in the 2018 final to defeat Liverpool.

“He has won everything, he has shown he has been one of the top players in the world,” said Barnett, who recently sold his agency to U.S.-based ICM Partners but will remain in charge of the incorporated ICM Stellar Sports division. “So there is no real pressure. He does not have to prove himself to anyone.

"But what he has to do — I want him to just enjoy himself, enjoy his life. He has got everything else in life. So let him enjoy his last couple of years or whatever in football.”