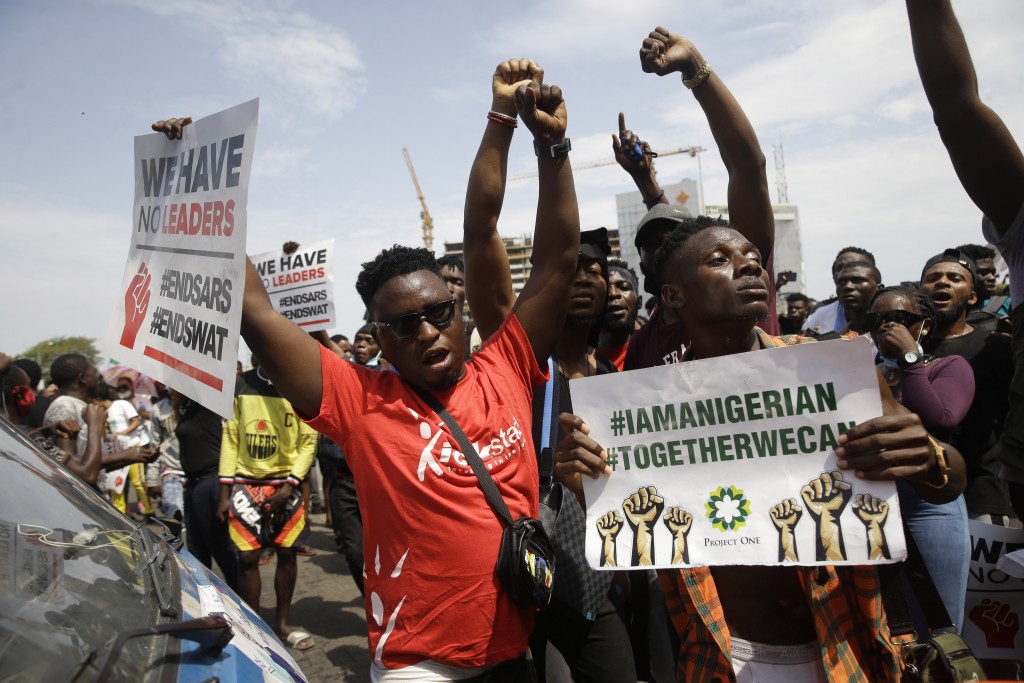 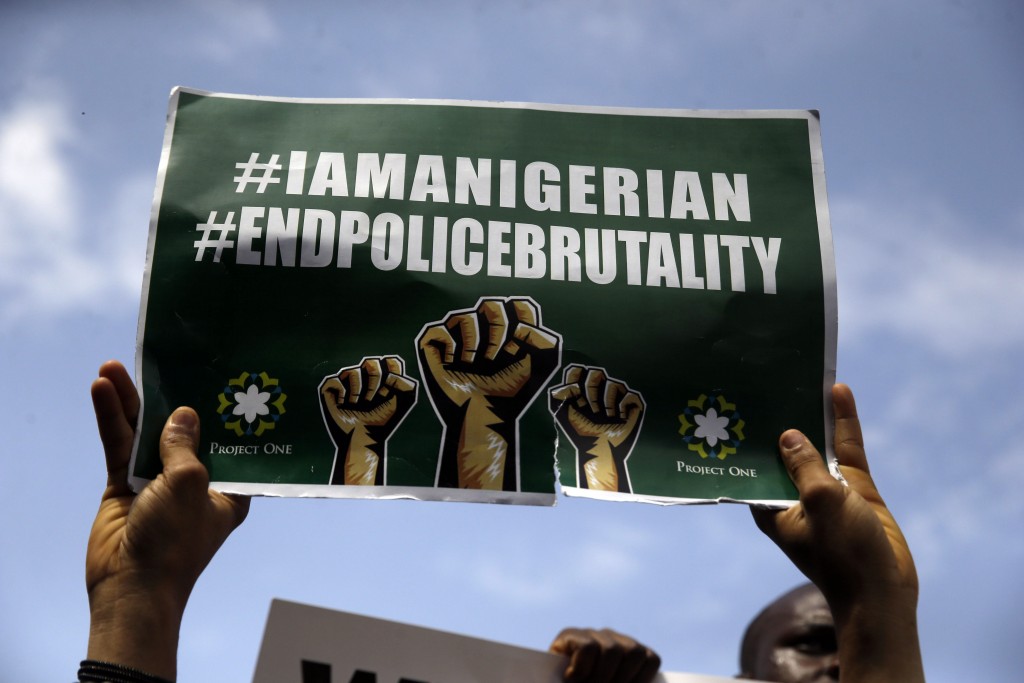 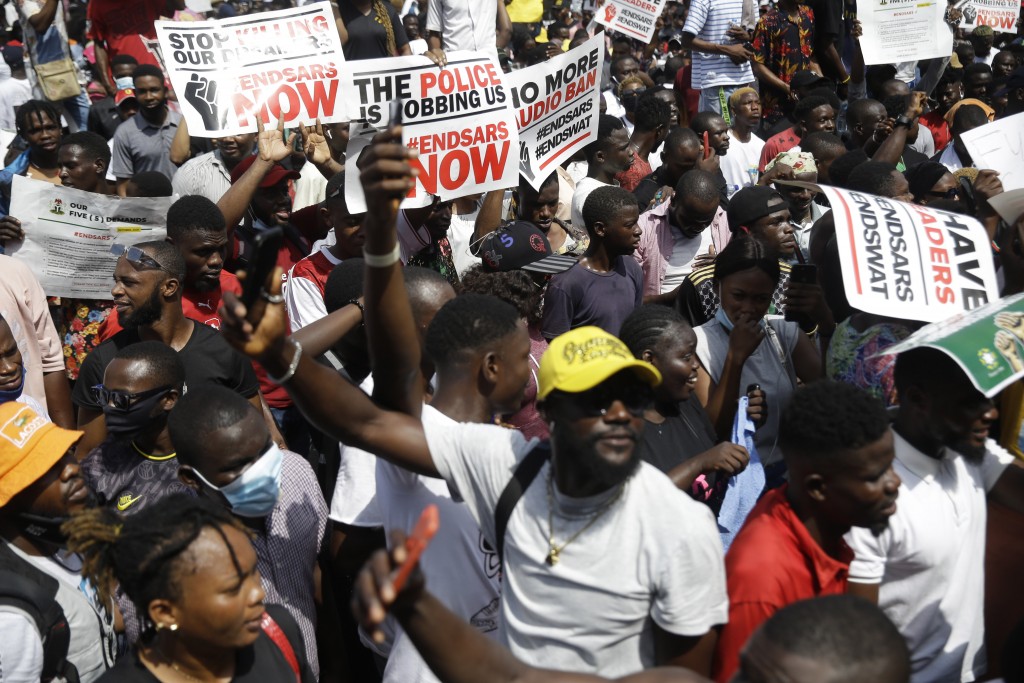 LAGOS, Nigeria (AP) — Nigerian protests against police brutality continued Friday for the ninth day, with demonstrators fending off attacks from gangs suspected to be backed by the police, warnings from the Nigerian military, and a government order to stop because of COVID-19.

In Lagos, Nigeria's largest city, protesters blocked the road to the international airport and the main highway into the city. The Lagos-Ibadan highway, one of Nigeria's busiest, is the main road linking the port city to the rest of Nigeria.

Protesters in the capital, Abuja, dedicated the day to Nigerians they charge have been killed by the police Special Anti Robbery Squad, known as SARS. The unit has killed and tortured many Nigerians, according to human rights groups.

The #EndSARS campaign has attracted international support, including from supporters of Black Lives Matter in the U.S. and Twitter co-founder Jack Dorsey who has retweeted posts from Nigerian demonstrators.

The protests erupted last week after a video circulated online showing a man being beaten, apparently by police from the SARS unit. In response to the widespread demonstrations by young Nigerians, the government said it would disband the SARS unit, but the protesters are continuing, saying they want an end to all police brutality.

The largely peaceful protesters have been attacked in recent days by gangs armed with guns, knives, clubs, and machetes. The protesters say they are determined to continue and charge that the attackers are backed by the police, according to reports in the local press.

Nigeria's military issued a warning against “subversive elements and troublemakers,” saying the army would “maintain law and order, and deal with any situation decisively.”

Authorities in the capital have called for an end to all protests in the city, saying the gatherings risk spreading COVID-19 but a protester in Abuja said they are ignoring the order.

“If they are sincere, they would have banned the crowded rallies politicians have been holding,” protester John Uche told The Associated Press.