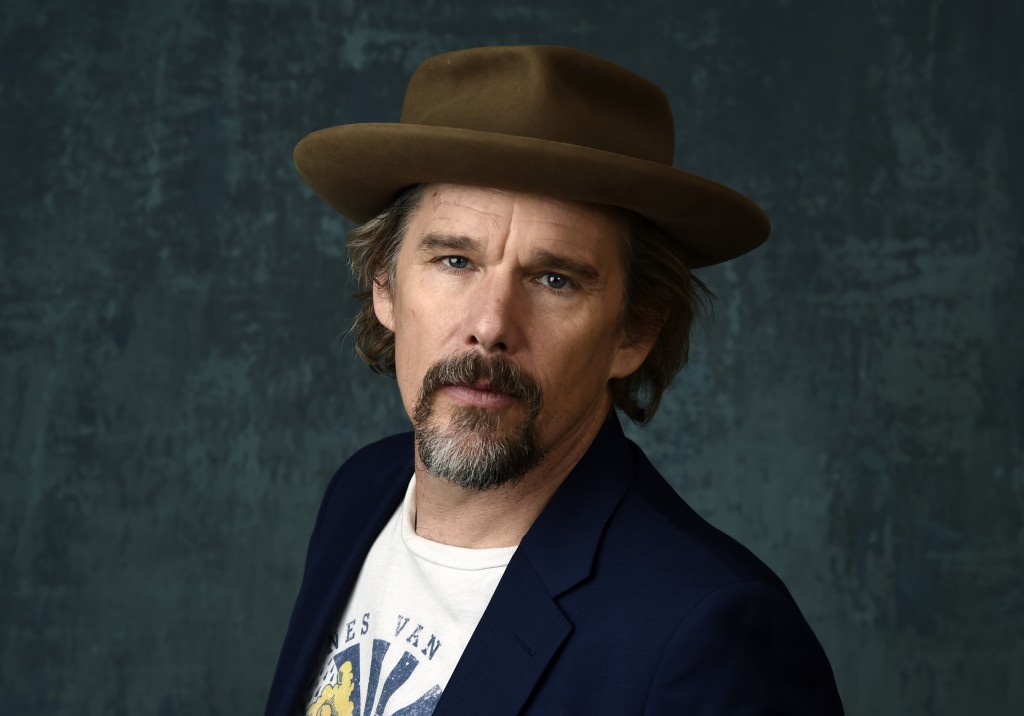 NEW YORK (AP) — When she learned that Ethan Hawke was working on a special audio edition of her acclaimed novel “Gilead,” Marilynne Robinson's response was to get a better idea of who he was.

“I can't say I was familiar with his voice,” Robinson said of the four-time Oscar nominee whose films include “Before Sunrise,” “Reality Bites” and “Boyhood.” But when Robinson watched Hawke star as a troubled priest in Paul Schrader's “First Reformed" she felt confident he could inhabit the life of an aging Iowa minister in the 1950s, one whom Robinson describes as “a man deep in conversation with himself.”

“He (Hawke) speaks in a sort of American way that is well within the range of what I understand my character to be speaking," she said.

Winner of the Pulitzer Prize in 2005, ”Gilead” is the first of four Robinson novels set in a rural Iowa community in the 1950s. It’s narrated by the dying Rev. John Ames, a Congregationalist pastor who reflects on his family history and the suffering and transcendence he has known in this “poor perishable world.” The book’s many admirers include former President Barack Obama, who has spoken of reading “Gilead” while campaigning in Iowa.

Hawke has recorded an abridged narrative of “Gilead” that was commissioned by Manhattan's 92nd Street Y and can he heard Oct. 19-29 via www.92y.org/gilead. Bernard Schwartz, who directs the Y's Unterberg Poetry Center, said in a statement that he thought Hawke was an ideal narrator.

In a recent email, Hawke remembered his first encounter with Robinson, when she read from “Gilead” at Shakespeare and Company in Paris, as a “near Holy experience.”

"Her humility as a person, and the depth of her writing, was inspiring — so I started reading," he explained.

Hawke's roles have ranged from the born skeptics of “Reality Bites” and “Before Sunrise” to the violently committed John Brown, the 19th century abolitionist whom he plays in the Showtime adaptation of James McBride's prize-winning novel “The Good Lord Bird.” The Rev. Ames, as much seeker in his own way as some of Hawke's more secular characters, is in his “wheelhouse,” the actor says.

“If anyone has the Chutzpah to make it a film, I hope they cast me.”