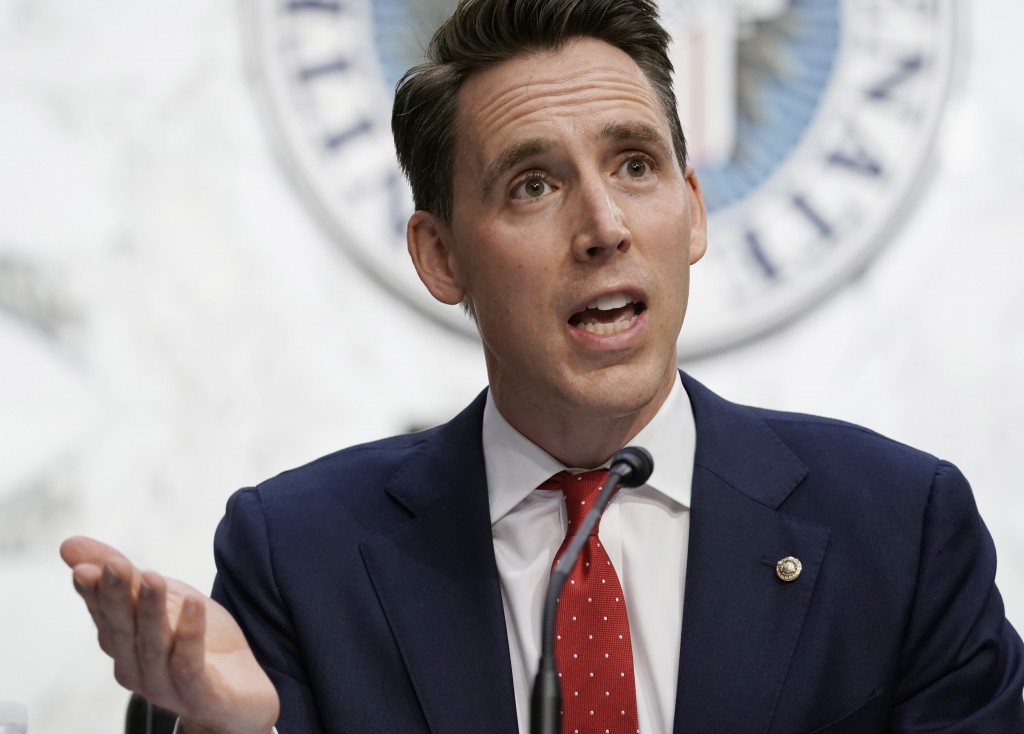 NEW YORK (AP) — Sen. Josh Hawley is working on a book about one of the Missouri Republican's ongoing targets.

Simon & Schuster announced Friday that Hawley's “The Tyranny of Big Tech” will be released June 21. Hawley has frequently criticized Facebook, Twitter and other social media giants for everything from alleged anti-conservative bias to monopolistic control of the online market.

“At a time when these platforms are determining elections, banning inconvenient political views, lining politicians’ pockets with hundreds of millions of dollars, and addicting our kids to screens, I want to draw attention to the robber barons of the modern era,” Hawley said in a statement. “This is the fight to recover America’s populist democracy. That is why I am writing this book.”

Earlier this week, Hawley attacked Facebook and Twitter for limiting the spread of an unverified political story about Hunter Biden, son of Democratic presidential candidate Joe Biden, that was published by the conservative New York Post. Soon after he was elected Missouri's attorney general, in 2016, he launched investigations into Facebook and Google for alleged antitrust and consumer protection violations.