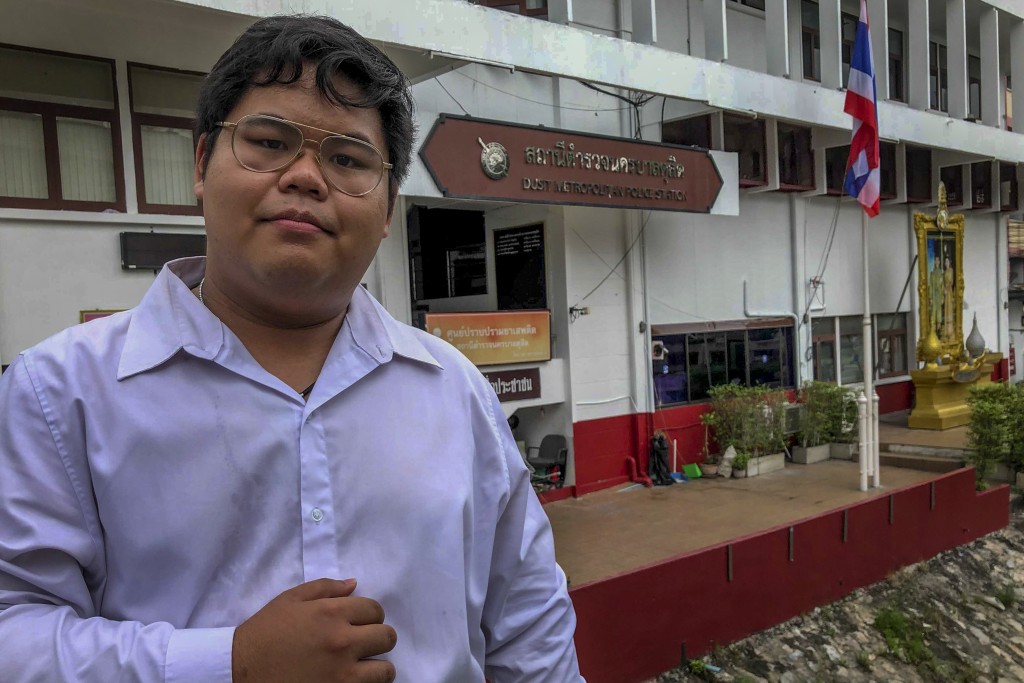 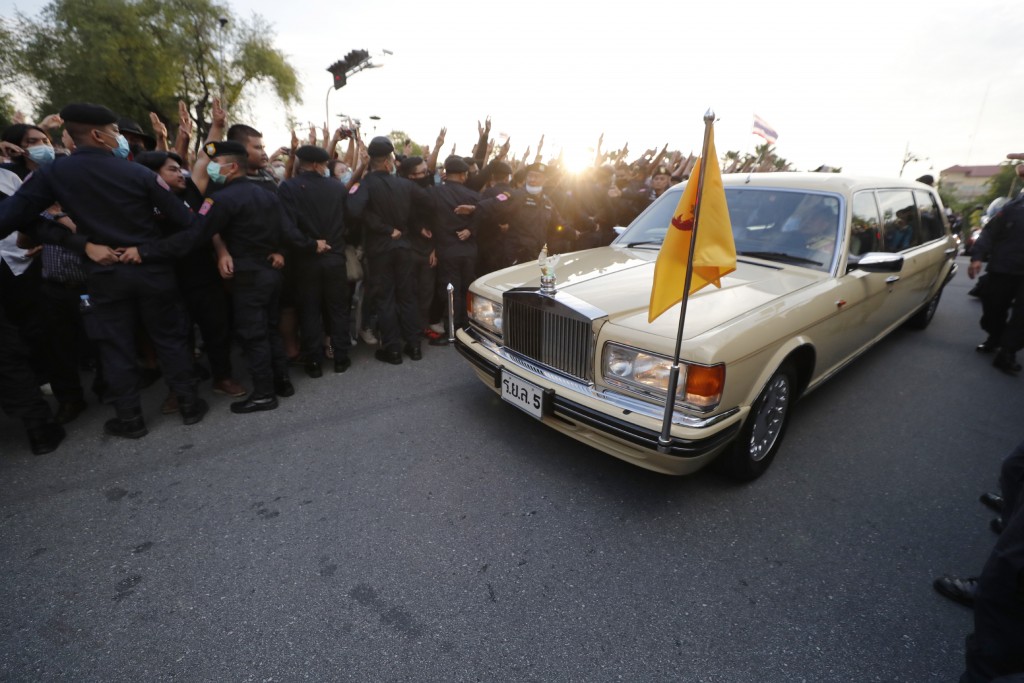 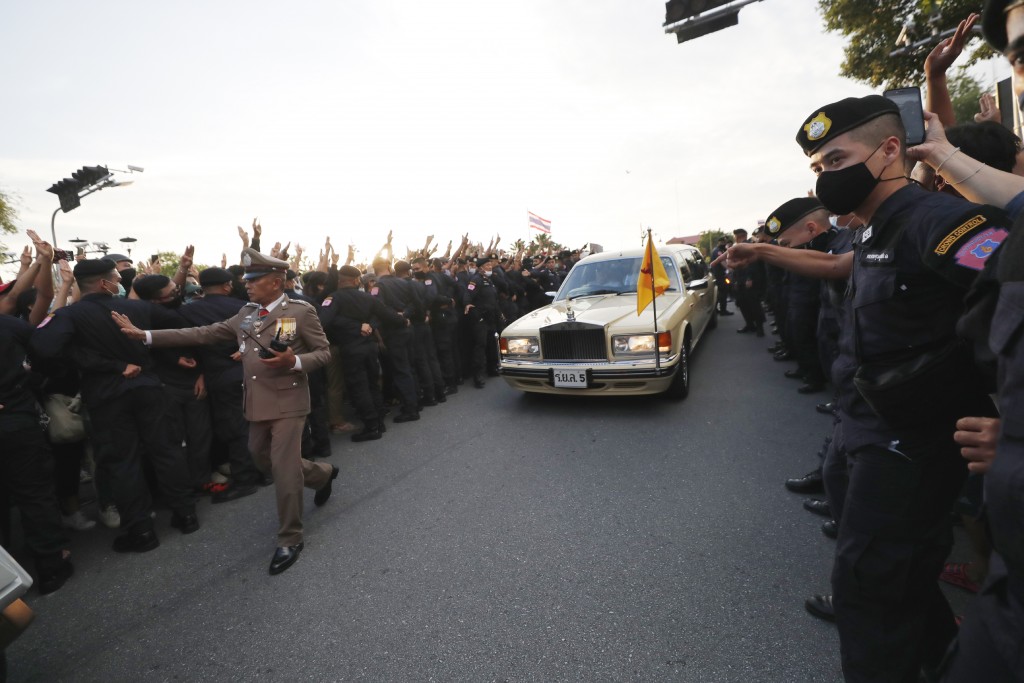 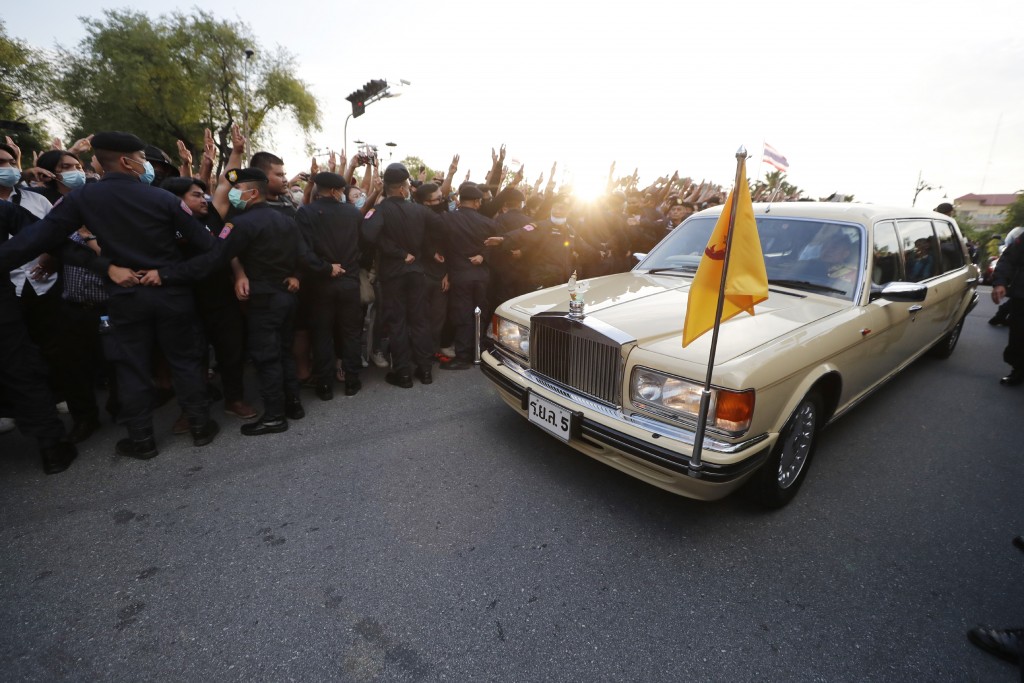 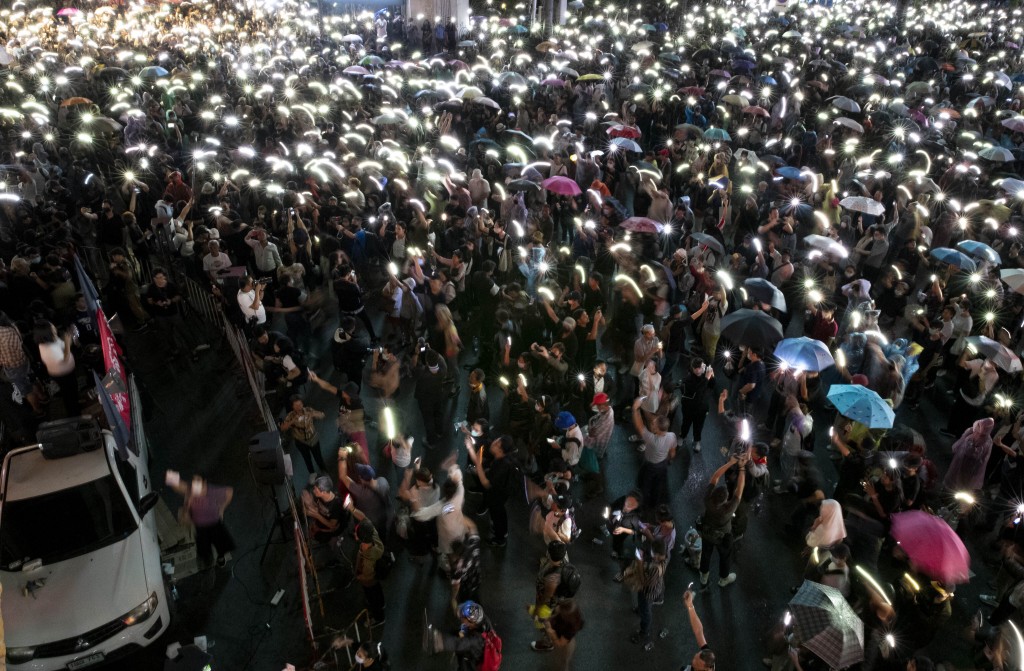 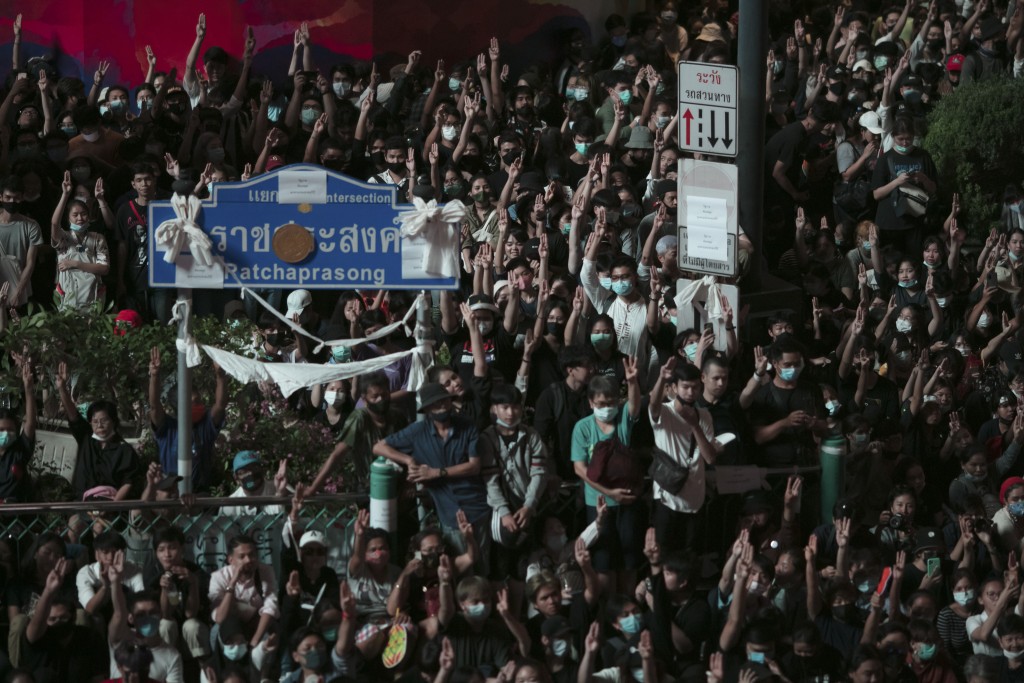 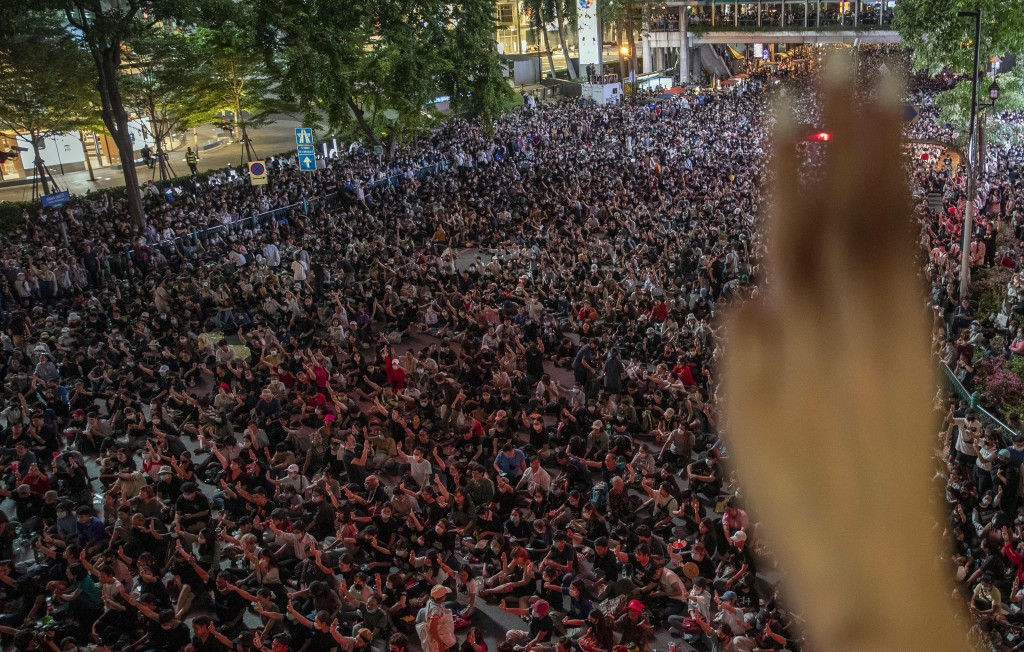 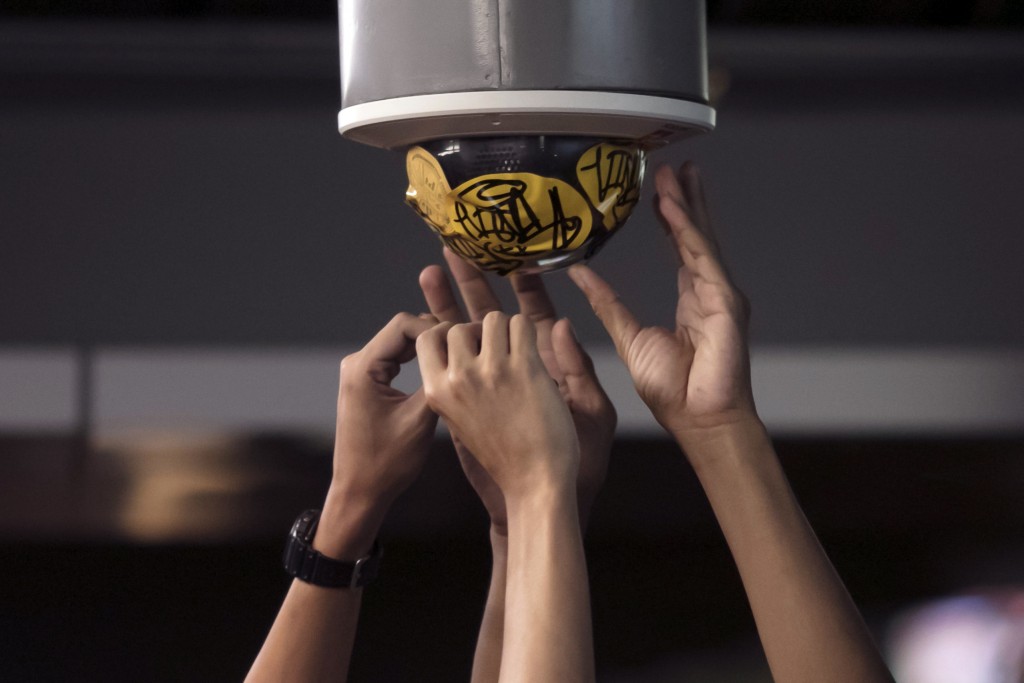 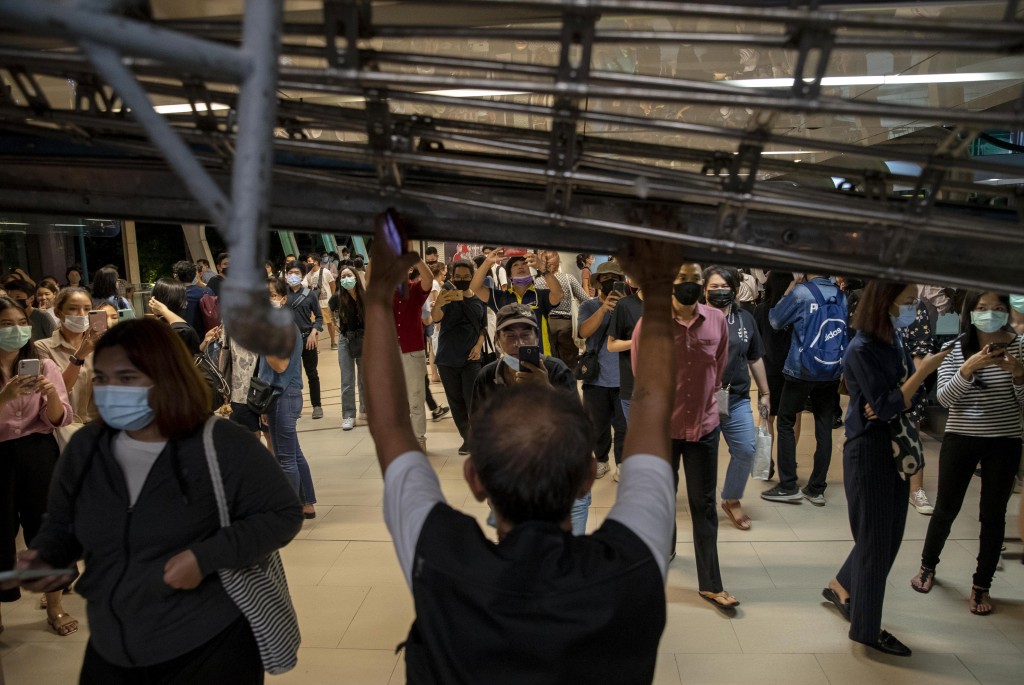 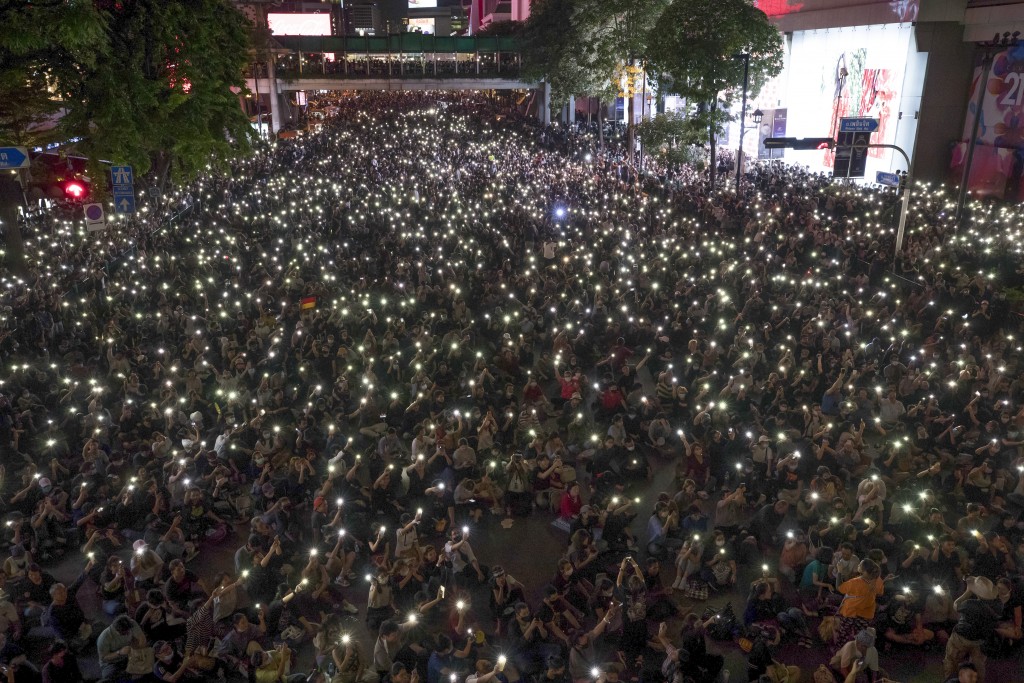 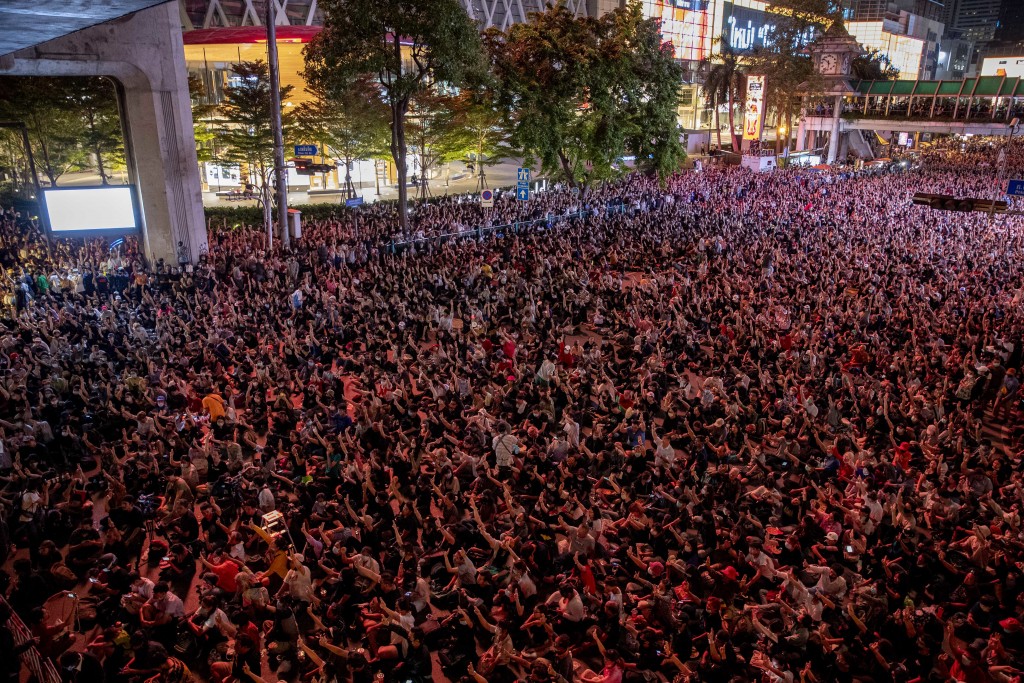 BANGKOK (AP) — Authorities in Thailand have filed the most severe charges yet in connection with ongoing pro-democracy demonstrations, charging two men under an article of the law covering violence against the queen.

Ekachai Hongkangwan and Paothong Bunkueanum were arrested Friday. They could face anywhere from 16 years to life imprisonment.

The move against the two activists comes as the student-led protest movement continues to press its demands, including new elections, changes to make the constitution more democratic and reform of the monarchy to make it conform with democratic norms.

The movement demonstrated its strength Thursday night, when as many as 10,000 supporters turned out for a rally in central Bangkok, defying a ban imposed earlier the same day under a state of emergency. It followed another rally the day before, which was broken up by police.

Police announced Friday they would block roads leading to Bangkok’s Rajprasong intersection, where Thursday's rally was held, after protesters called on supporters to mass again. Lines set up by outnumbered police in the shopping district crumbled under little pressure from the protesters, who continued activities well past midnight.

The legal aid group Thai Lawyers for Human Rights said at least 51 people have been arrested since Tuesday in connection with the protests.

Ekachai is a veteran activist who has been physically attacked several times, in apparent response to his criticism of the military. Paothong, a university student also known as Francis Bunkueanum, has been involved in organizing the recent protests.

The Wednesday incident in which the two were allegedly involved was stunning to most Thais, because by tradition and law, members of the royal family are treated with the utmost respect.

Video that circulated widely on social media showed members of a small crowd heckling a royal motorcade carrying Queen Suthida and Prince Dipangkorn as it slowly passed. Security personnel stood between the vehicles and the crowd, but there was no visible violence and none was described by witnesses.

It took place during the third major rally in Bangkok called by the protesters. They began at the city’s Democracy Monument, after which several thousand marched to Government House, where the offices of Prime Minster Prayuth Chan-ocha are located.

At the same time, King Maha Vajiralongkorn and other members of the royal family were driving to attend a royal religious ceremony at the Grand Palace.

Queen Suthida’s motorcade encountered a small crowd that had gathered at Government House ahead of the main body of protesters.

“We were not notified by the police of the upcoming royal motorcade in which we had no way of knowing because they were not informing us,” Paothong told reporters Friday.

“Once we knew that there was a motorcade of the queen and the heir presumptive to the throne I tried to break away from the line and use my megaphone to have everyone move away from the police barriers so the motorcade can pass through easily,” he said.

Prayuth’s declaration of a state of emergency said the measure was necessary because “certain groups of perpetrators intended to instigate an untoward incident and movement in the Bangkok area by way of various methods and via different channels, including causing obstruction to the royal motorcade.”

Prayuth said Friday that his government hopes it could drop the state of emergency ahead of its normal 30-day duration “if the situation improves quickly.”