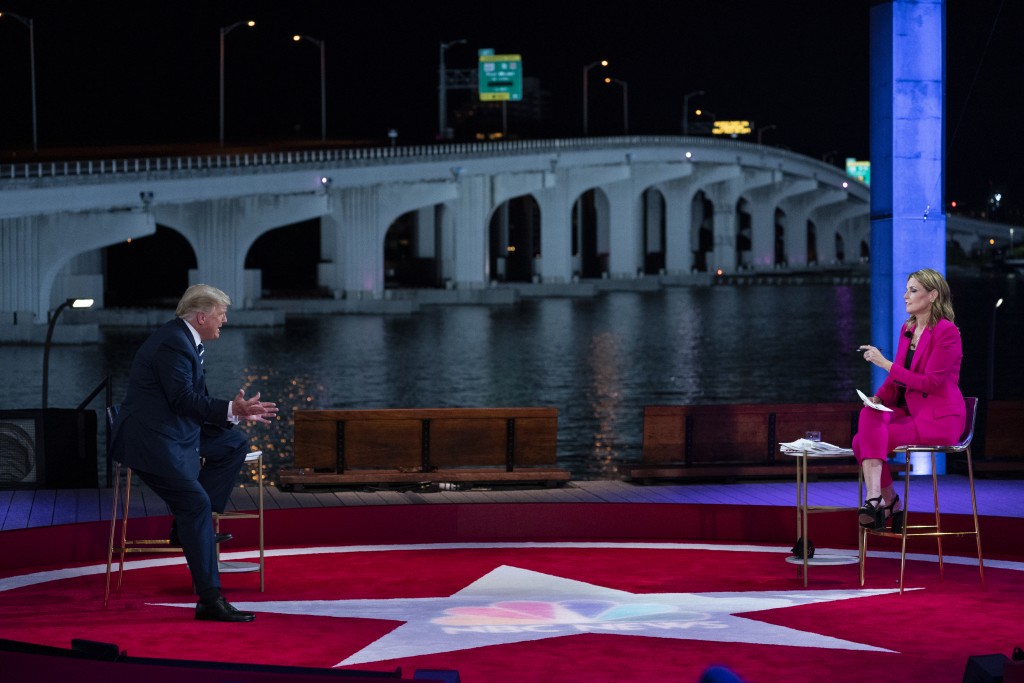 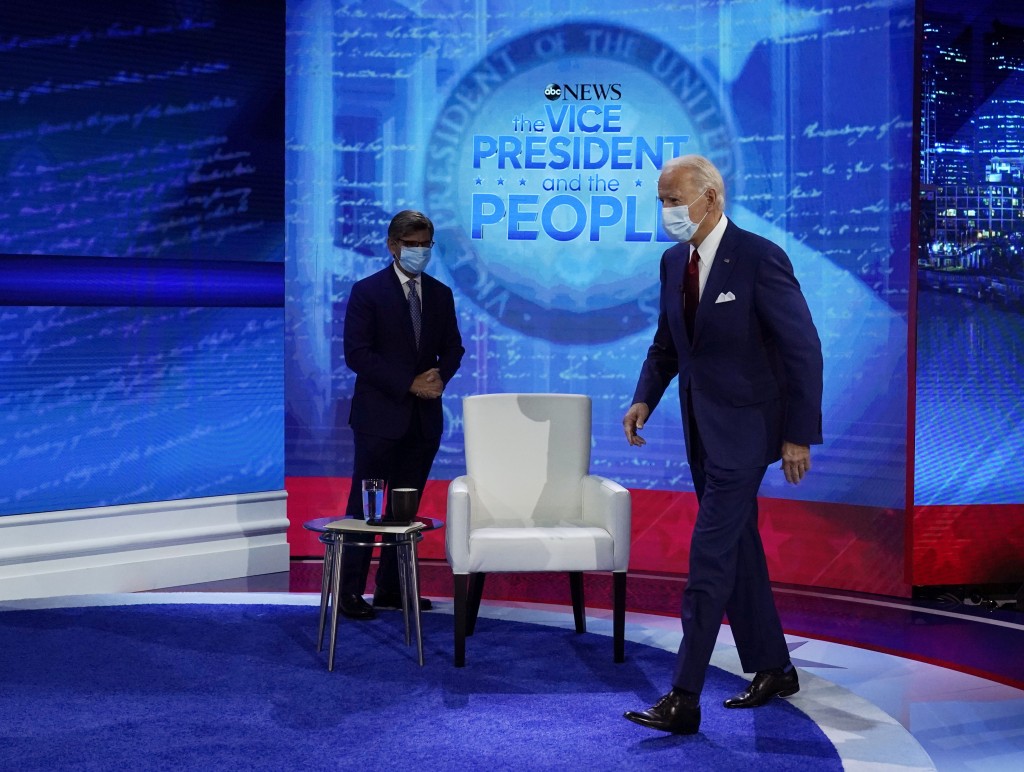 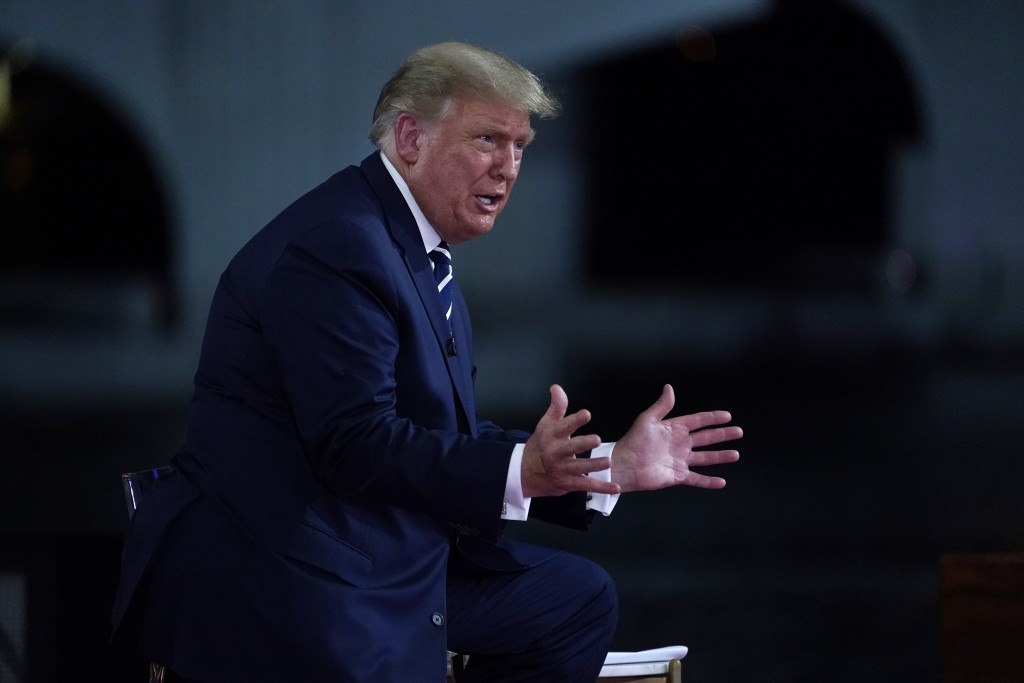 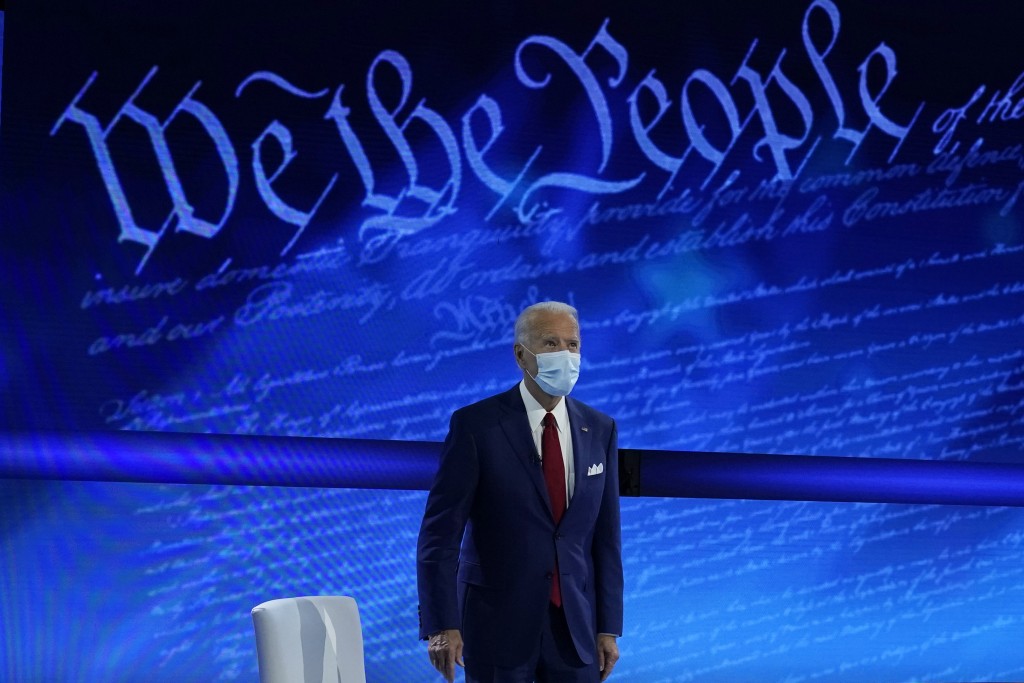 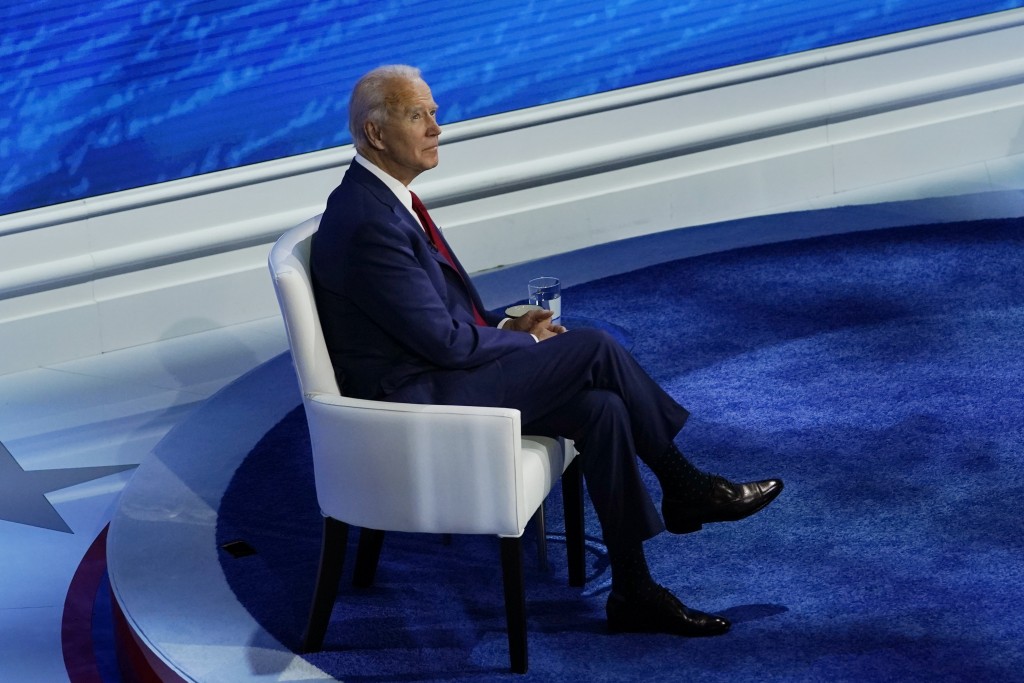 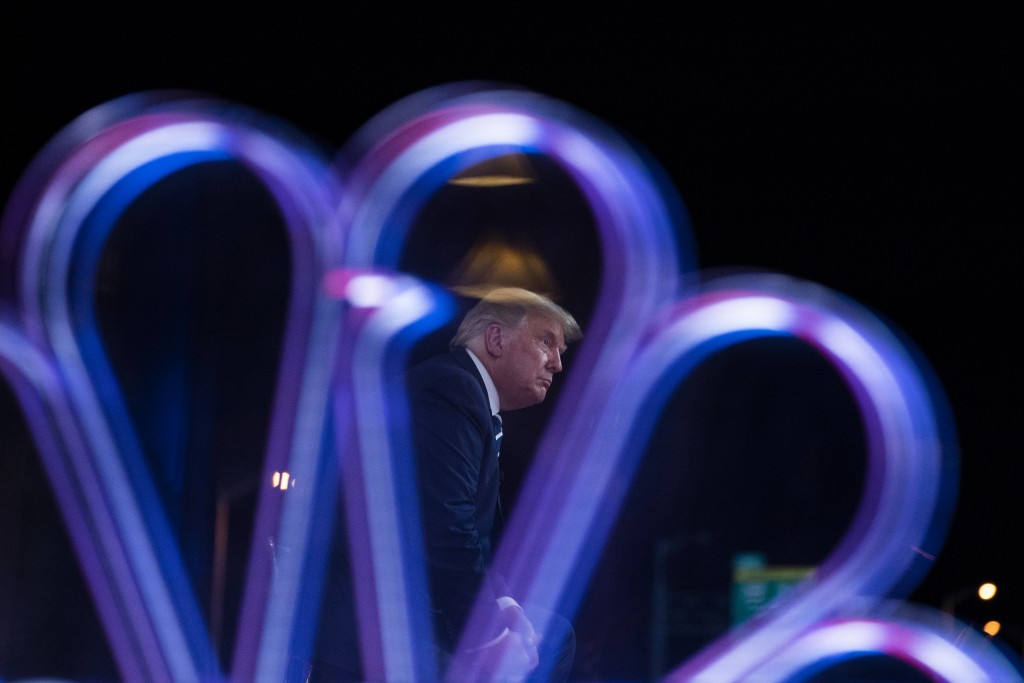 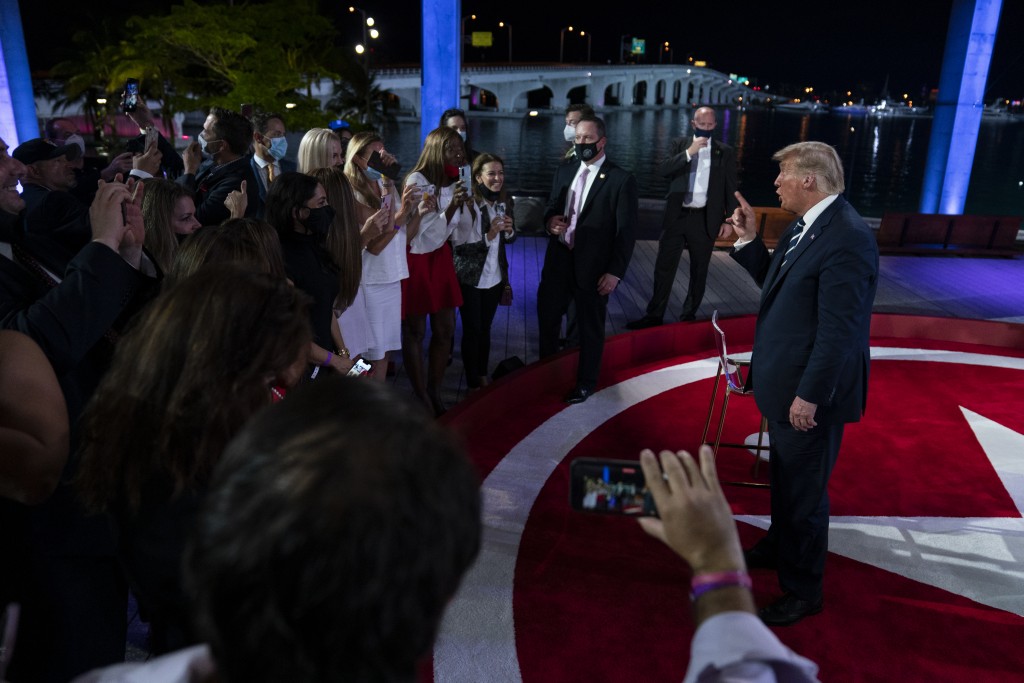 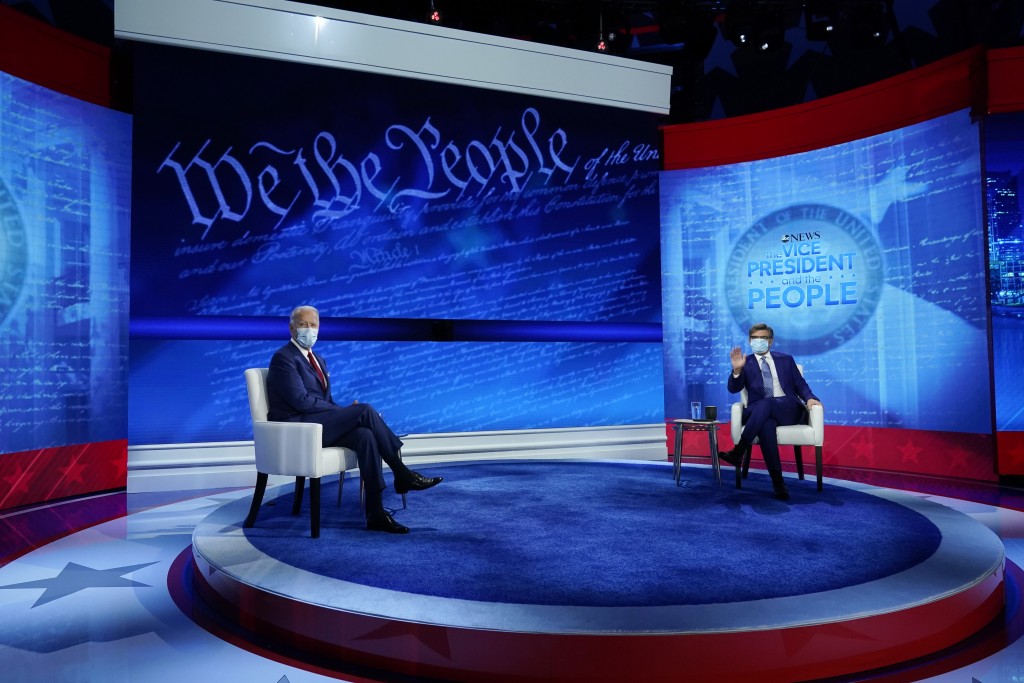 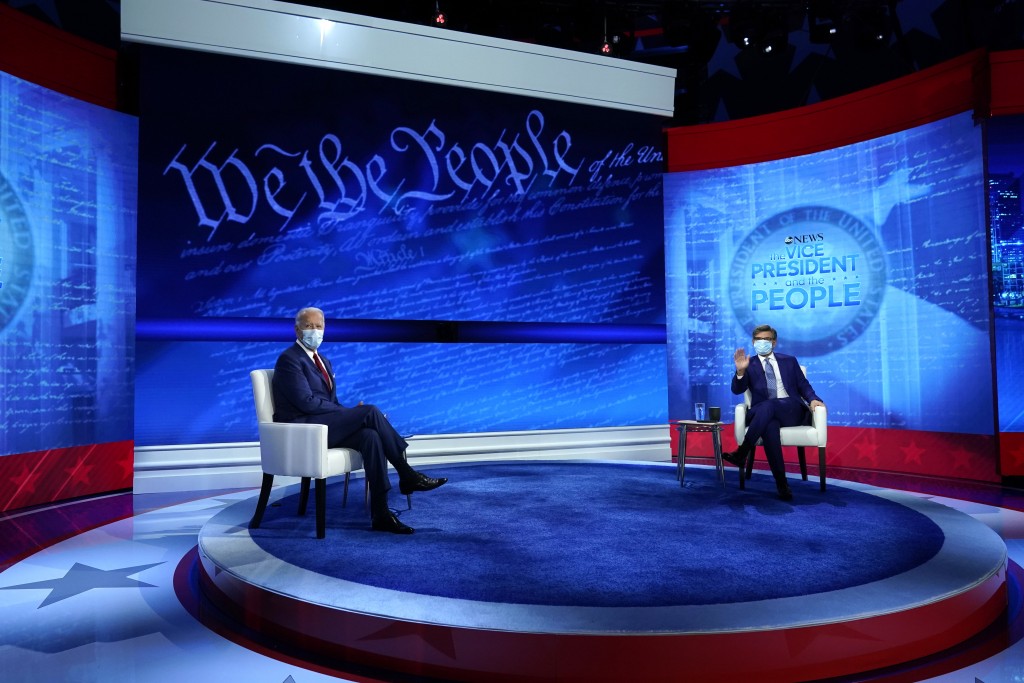 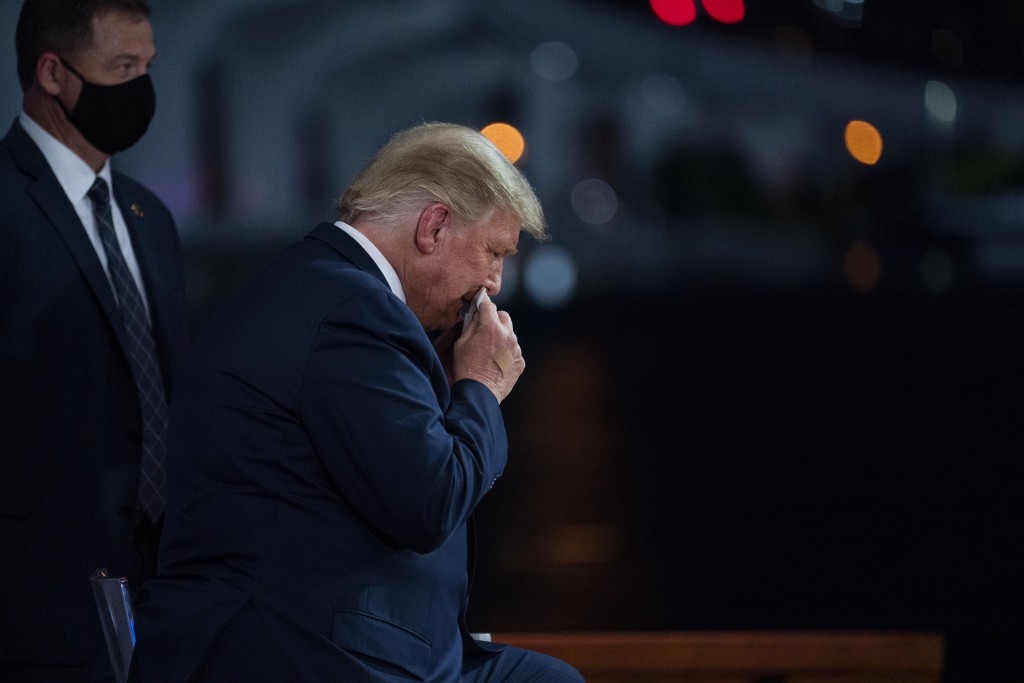 U.S. President Donald Trump and Democrat Joe Biden squared off, in a way, in dueling televised town halls that showcased striking differences in temperament, views on racial justice, and approaches to a pandemic that has reshaped the nation.

Coming just two and a half weeks before Election Day, the events Thursday night (Oct. 15) offered crystalizing contrasts and a national, if divided, audience. But it seemed unlikely to have produced a needed moment for a president running out of time or opportunities to appeal beyond his core base.

He was defensive about his administration’s handling of the coronavirus, which has claimed more than 215,000 American lives, and evasive when pressed about whether he took a required COVID-19 test before his first debate with Biden. Angry and combative, Trump refused to denounce the QAnon conspiracy group — and only testily did so regarding white supremacists.

The president also appeared to acknowledge revelations from a recent New York Times report that he was in debt and left open the possibility that some of it were owed to a foreign bank. But he insisted that he didn’t owe any money to Russia or any “sinister people” and suggested that $400 million in debt was a "very, very small percentage" compared to his overall assets.

Biden denounced the White House's handling of the virus, declaring that it was at fault for closing a pandemic response office established by the Obama administration in which he served. Though vague at times, he suggested he will offer clarity on his position on expanding the Supreme Court if Trump's nominee to the bench is seated before Election Day.

After Biden’s 90-minute town hall event formally concluded, the candidate spent another half-hour taking questions from those in the audience who didn’t get an opportunity during the televised program.

Trump and Biden were supposed to spend Thursday night on the same debate stage in Miami. But that faceoff was scuttled after Trump’s coronavirus infection, which jolted the race and threatened the health of the American president.

The presidential rivals took questions in different cities on different networks: Trump on NBC from Miami, Biden on ABC from Philadelphia. Trump backed out of plans for the presidential faceoff originally scheduled for the evening after debate organizers said it would be held virtually following his COVID-19 diagnosis.

The town halls offered a different format for the two candidates to present themselves to voters, after the pair held a chaotic and combative first debate late last month. The difference in the men’s tone was immediate and striking.

Trump was Trump. He was loud and argumentative, rebuking his FBI director, fighting with the host, Savannah Guthrie, complaining about the questioning — and eventually saying for the first time that he would honor the results of a fair election, but only after casting an extraordinary amount of doubt on the likeliness of fairness.

“And then they talk, ’Will you accept a peaceful transfer?'" Trump said. “And the answer is, ‘Yes, I will.’ But I want it to be an honest election, and so does everybody else.”

He again sought to minimize revelations from a New York Times investigation that he has more than $400 million in debt and suggested that reports are wrong that he paid little or no federal income taxes in most years over the past two decades.

Biden, meanwhile, took a far different, softer approach with audience questions. The former vice president, who struggled growing up with a stutter, stuttered slightly at the start of the program and at one point squeezed his eyes shut and slowed down his response to clearly enunciate his words. At times his answers droned on.

Holding a white cloth mask in one hand, the Democratic nominee brought a small card of notes onstage and referred to it while promising to roll back tax cuts for the wealthiest Americans. He said doing so would save, as he consulted his notes, “let me see ... $92 billion.”

Biden vowed to say before Election Day whether he will support expanding the number of justices on the Supreme Court if Democrats win the presidency and the Senate and hold the House after November.

He has for weeks refused to answer the question but went further Thursday night. He said, “I’m still not a fan” of expanding the court, but said his ultimate decision depended on how the confirmation of Amy Coney Barrett to the Supreme Court “is handled” and “how much they rush this.”

Biden also blasted Trump's foreign policy, declaring that “'America first' has made ‘America alone’" and “This president embraces all the thugs in the world.” He turned introspective when asked what it would say if he lost.

“It could say that I’m a lousy candidate, that I didn’t do a good job,” Biden said. “But I think, I hope that it doesn’t say that we’re as racially, ethnically and religiously at odds as it appears the president wants us to be.”

Biden said he plans to participate in next week’s debate but he would ask Trump to take a COVID-19 test before arriving. "It’s just decency” for everyone around him, including non-candidates like camera operators, Biden said.

The two men are still scheduled to occupy the same space for a debate for a second and final time next week in Nashville.