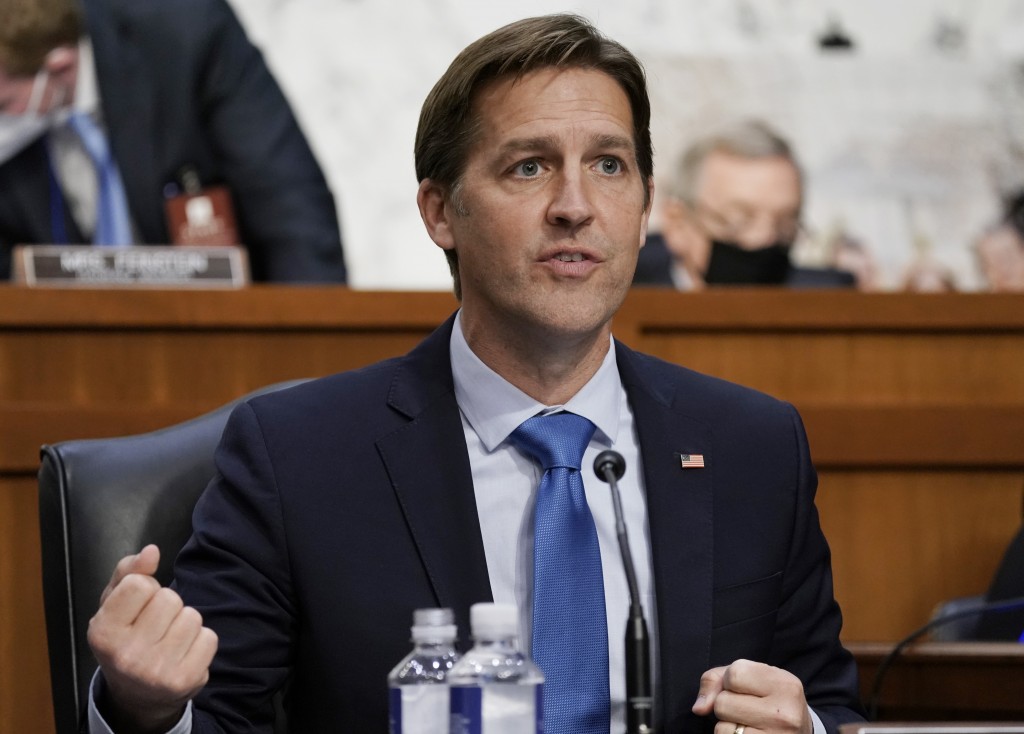 Sasse, who is running for a second term representing the reliably red state, made the comments in response to a question about why he has been willing to publicly criticize a president of his own party. He also criticized Trump's handling of the coronavirus pandemic and said Trump's family has treated the presidency “like a business opportunity.”

The comments were first reported by the Washington Examiner after it obtained an audio recording of the senator's comments, which has been posted on YouTube. Sasse spokesman James Wegmann said the call occurred Wednesday.

“Senator Sasse is entitled to his own opinion,” U.S. Rep. Adrian Smith, another Nebraska Republican, said in a statement. “I appreciate what President Trump has accomplished for our country and will continue to work with him on efforts which help Nebraska.”

Sasse has positioned himself as a conservative willing to criticize Trump, and he is seen as a potential presidential candidate for 2024. His comments Wednesday were in response to a caller who asked about his relationship with the president, adding, “Why do you have to criticize him so much?” Trump carried Nebraska by 25 percentage points in 2016.

The senator said he has worked hard to have a good relationship with Trump and prays for the president regularly “at the breakfast table in our house.” He praised Trump's judicial appointments.

But he said he's had disagreements with Trump that do not involve “mere policy issues,” adding, “I'm not at all apologetic for having fought for my values against his in places where I think his are deficient, not just for a Republican, but for an American.”

Sasse began his list with, “The way he kisses dictators' butts,” and said Trump “hasn't lifted a finger” on behalf of pro-democracy protesters in Hong Kong.

“I mean, he and I have a very different foreign policy,” Sasse said. “It isn't just that he fails to lead our allies. It's that we — the United States — regularly sells out our allies under his leadership.”

Sasse said he criticizes Trump for how he treats women and because Trump "spends like a drunken sailor,” saying he criticized Democratic President Barack Obama over spending.

“He mocks evangelicals behind closed doors,” Sasse said. “At the beginning of the COVID crisis, he refused to treat it seriously. For months, he treated it like a news cycle-by-news cycle PR crisis rather than a multi-year public health challenge, which is what it is.”