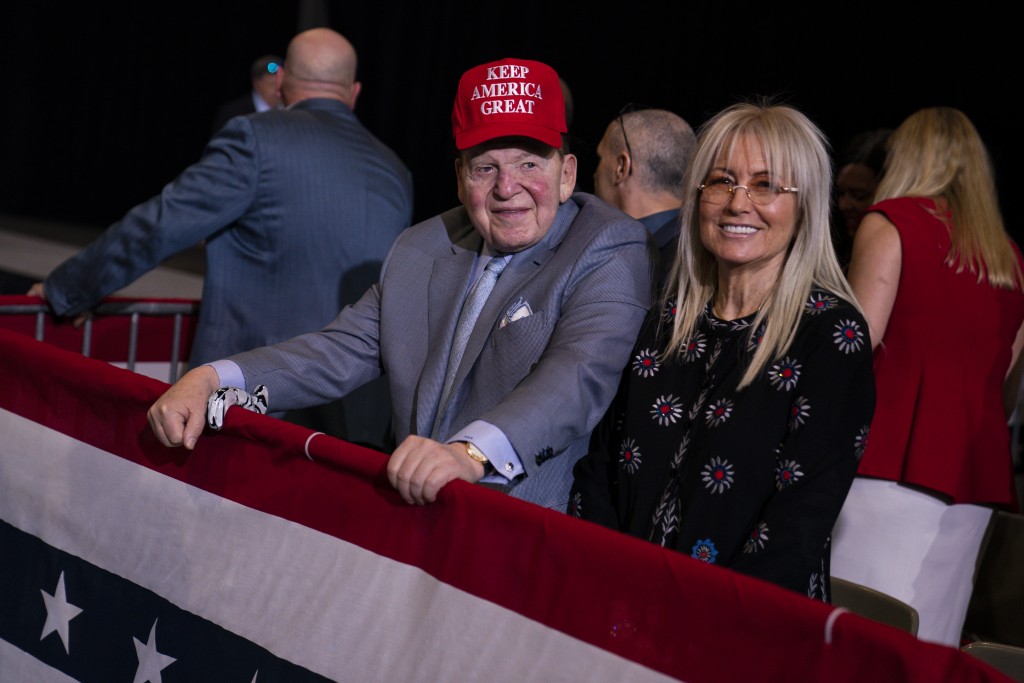 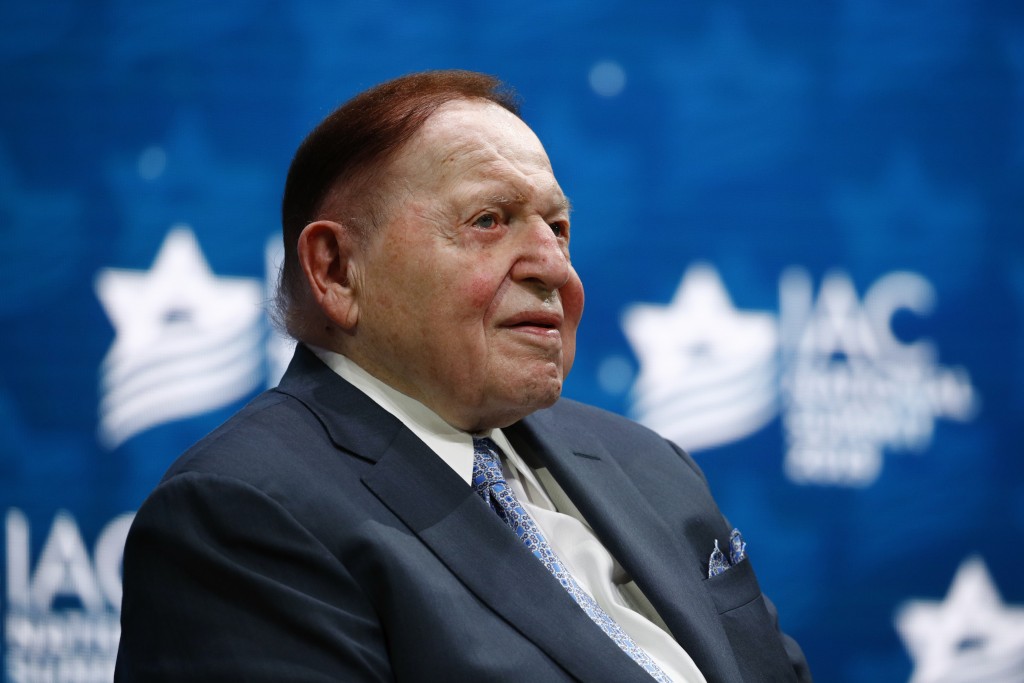 WASHINGTON (AP) — Republican megadonor Sheldon Adelson and his wife have given $75 million to a new super PAC that is attacking Democratic nominee Joe Biden, an investment made amid GOP concern that President Donald Trump's campaign is flailing and might not be able to correct course.

The money from Adelson has been the driving force behind a $68 million attack campaign against Biden by the group Preserve America, which launched in August. It is run by Chris LaCivita, the strategist behind the 2004 Swift Boat Veterans for the Truth campaign, which helped tank then-Democratic nominee John Kerry's bid with misleading ads that questioned his record in the Vietnam War.

The Adelsons' role in Preserve America, as well as the amount of money both he and his wife, Miriam, contributed were unclear until Thursday, when the group filed its first mandatory disclosure with the Federal Election Commission.

The creation of the group is a sign that some Republican donors are worried by the approach taken by Trump's campaign, as well as his officially sanctioned super political action committee, America First Action.

“America First made a series of tactical mistakes” and “peaked too early” while groups supporting Biden “hit the right buttons,” said Dan Eberhart, a Republican donor who has given over $190,000 to Trump's election efforts, including $5,000 to America First Action.

A spokesperson for Adelson, who is the chair of the Sands casino corporation in Las Vegas, did not respond to a request for comment. Preserve America declined to comment.

Preserve America came into existence at the end of a tumultuous summer in which Trump’s standing in the polls took a hit over his handling of the coronavirus and the resulting economic downturn.

Trump’s campaign and America First Action collectively spent over $247 million on TV and Facebook advertising between April and August, according to data collected by the ad tracking firm Kantar/CMAG. But the ads fell flat, did little to dent Biden's lead in the polls and lacked a thematic approach to build a case against Biden.

Meanwhile, donor angst was growing over the Trump campaign's management of money — a concern that grew more acute after Biden reported record-breaking fundraising hauls and eclipsed Trump's once-massive cash advantage, according to three Republican strategists familiar with the matter.

Lavish paydays for Trump-affiliated consultants, a fleet of luxury vehicles purchased by former campaign manager Brad Parscale and the campaign's sprawling footprint led some donors to question whether giving more money was a wise investment, said the strategists, who spoke on condition of anonymity to discuss private conversations.

A major funder of Republican causes, Adelson has donated over $250 million to GOP candidates and groups since 2015.

That includes $1.6 million the Adelsons donated to Trump's campaign, as well as $10 million they gave to America First Action in 2018, FEC records show.

But the cash infusion to Preserve America in the closing months of the campaign is the first major donation by the Adelsons to Trump's election effort that is on the level of their past giving to the party. During the 2018 midterms, for example, they gave $105 million to the two main super PACs supporting Republican Senate and House candidates, records show.

America First Action spokesperson Kelly Sadler said she has not heard from anyone who is dissatisfied with the group's approach. And she noted that the group is coordinating advertising buying decisions with Preserve America.

"It’s our job as a Super PAC to define Joe Biden," Sadler said in an email. “As you’ve seen in the public polls, concerns of voters have shifted from the coronavirus, to now the economy. We are shifting our messaging to Biden’s tax increases and why a Biden administration would devastate the economy."

In a series of tweets on Tuesday, Trump dismissed the idea that his campaign is running low on money, and he floated the possibility that he could use some of his own in it.

“I keep reading Fake News stories that my campaign is running low on money. Not true, & if it were so, I would put up money myself," he tweeted.

In another tweet, he defended the hundreds of millions his campaign has spent so far.

“Much of the money we have spent is on our ground game, said to be the best ever put together. I’ll let you know how good it is on November 3rd. Very expensive to do, but opportunity could be BIG!” he added.