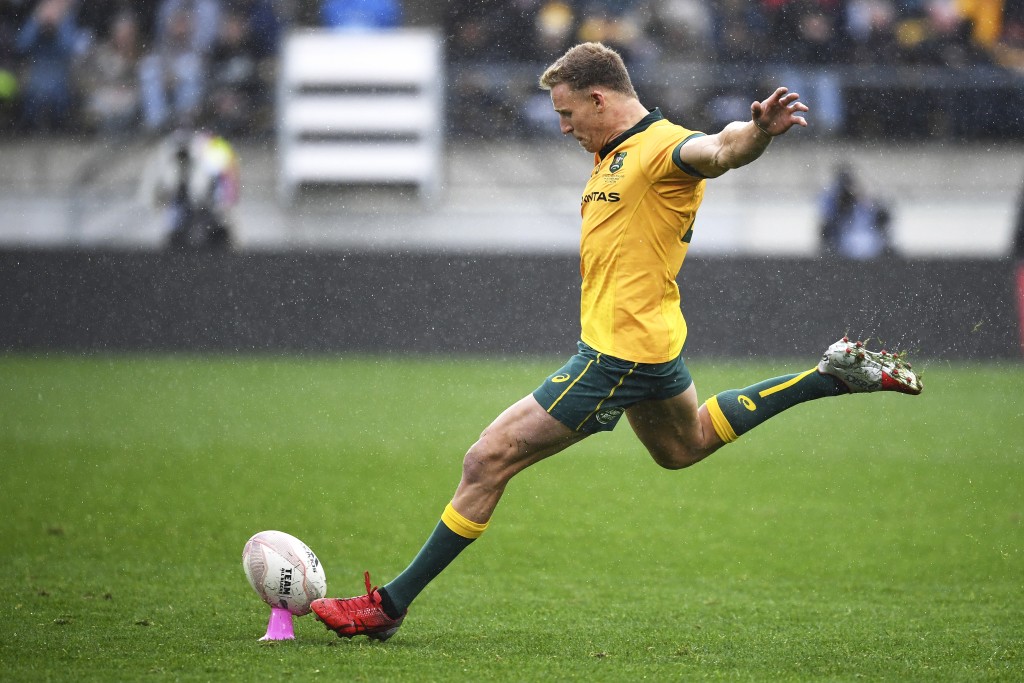 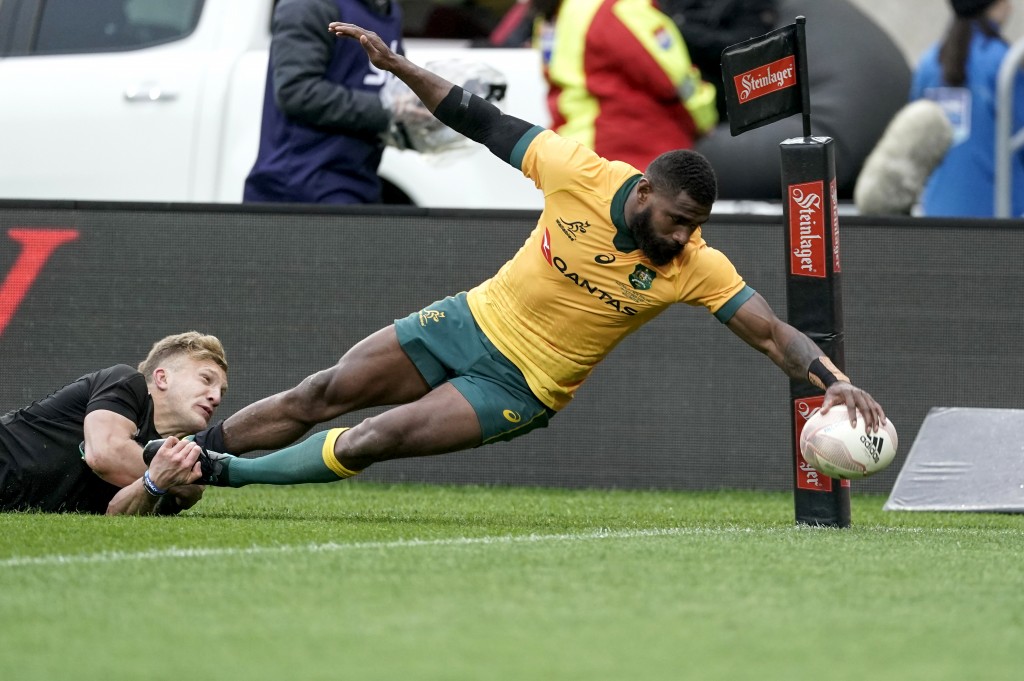 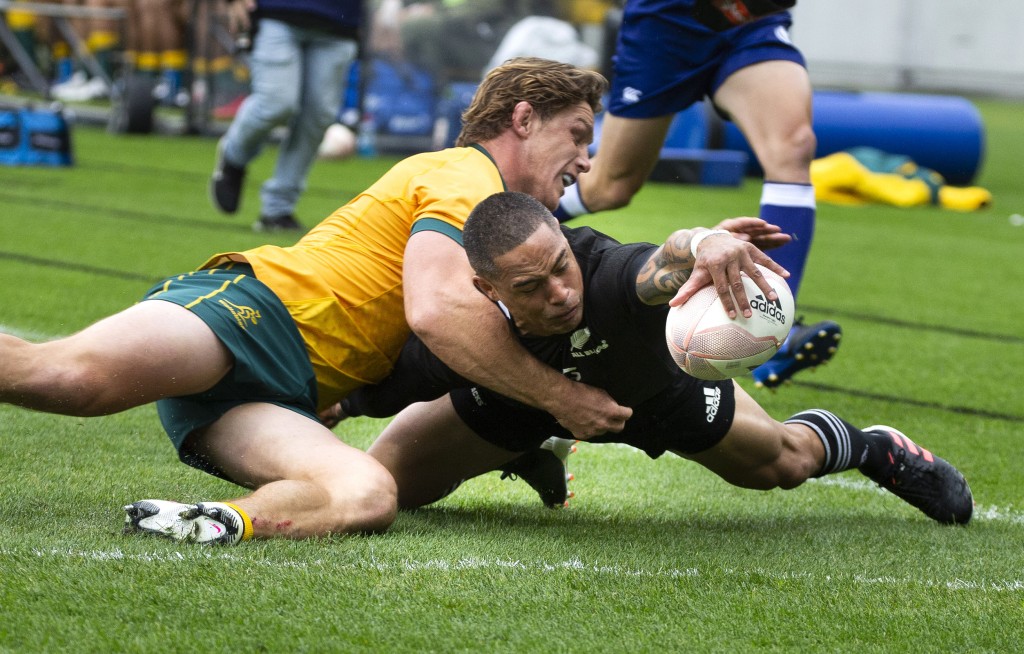 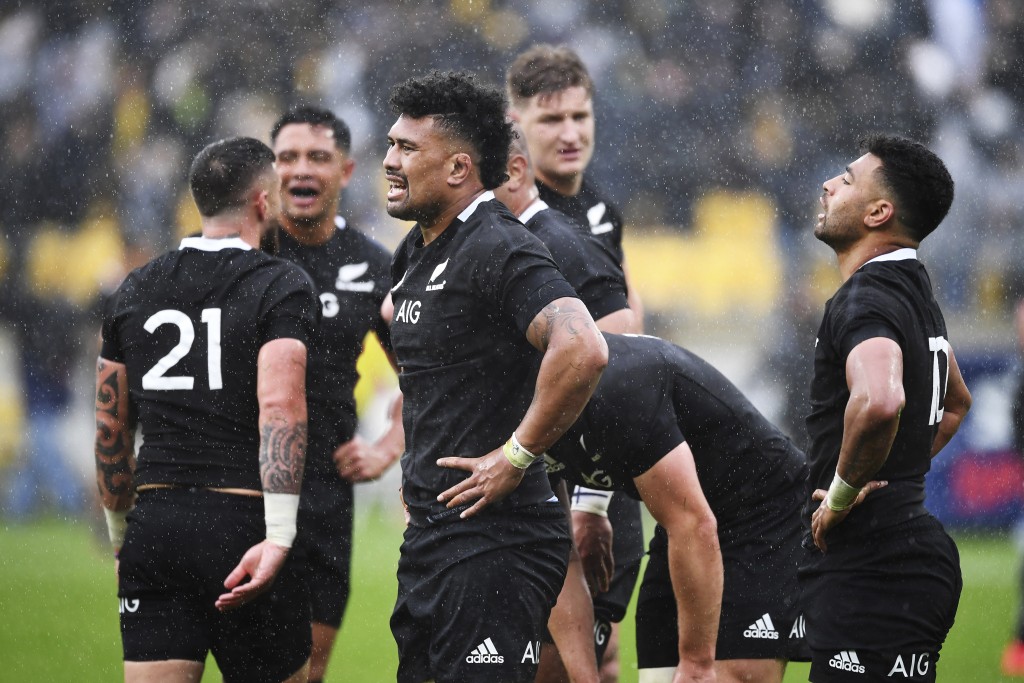 WELLINGTON, New Zealand (AP) — Winger Caleb Clarke and lock Tupou Vaa’i will make their first test starts and Beauden Barrett will return at fullback in the All Blacks lineup to play Australia in the second Bledisloe Cup test at Eden Park on Sunday.

Clarke and Vaa’i both made their test debuts off the bench in last weekend’s 16-16 draw in the first test in Wellington and move into the starting XV because of injuries.

Clarke will start on the left wing to replace George Bridge, who suffered a season-ending pectoral injury in training. Vaa’i joins Patrick Tuipulotu in the second row in pace of veteran Sam Whitelock, who has a head injury.

Barrett was a late withdrawal from the first because of an Achilles injury but returns in place of Damian McKenzie, reforming his two playmaker partnership with flyhalf Richie Mo’unga. Mo’unga has retained the No. 10 jersey despite a poor performance in Wellington and lingering questions over his impact and decision-making.

In other changes, Dane Coles will take over at hooker from Codie Taylor and Anton Lienert-Brown will start at center, displacing Rieko Ioane.

Uncapped prop Alex Hodgman has been included on the bench, where he is joined by Taylor, Ioane and McKenzie.

The changes seem to go little way toward remedying the weaknesses apparent in the All Blacks’ game in Wellington. Clarke is a powerful ball carrier and brings that element which was lacking from New Zealand’s first test performance.

Barrett is not in his best position at fullback but Lienert-Brown should shore up the All Blacks’ midfield; Ioane, who played most of his tests as a winger before moving to center, was often caught out of position in the first test.

The All Blacks' performance mirrored the World Cup semifinal in Yokohama last year when they were thoroughly outplayed by a harder and tougher England pack.

Shannon Frizell was retained on the blindside flank despite criticism of his performance in in Wellington, and that avoided a reshuffle of the backrow.

Head coach Ian Foster, who is under heavy pressure to deliver a better performance in Auckland, expects improvement.

“It was our first test together last weekend and while there were some aspects of our game that we were pretty excited about, especially around our set piece, we didn’t get the performance that we wanted,” Foster said. “So there has been plenty for us to work on. We need to be smarter with our ball and more focussed defensively.

“The Bledisloe series is back to square one and starts again this weekend, which is exciting. It’s the last test at home for us so there will also be massive excitement amongst our fans. There is everything to play for and we can’t wait.”