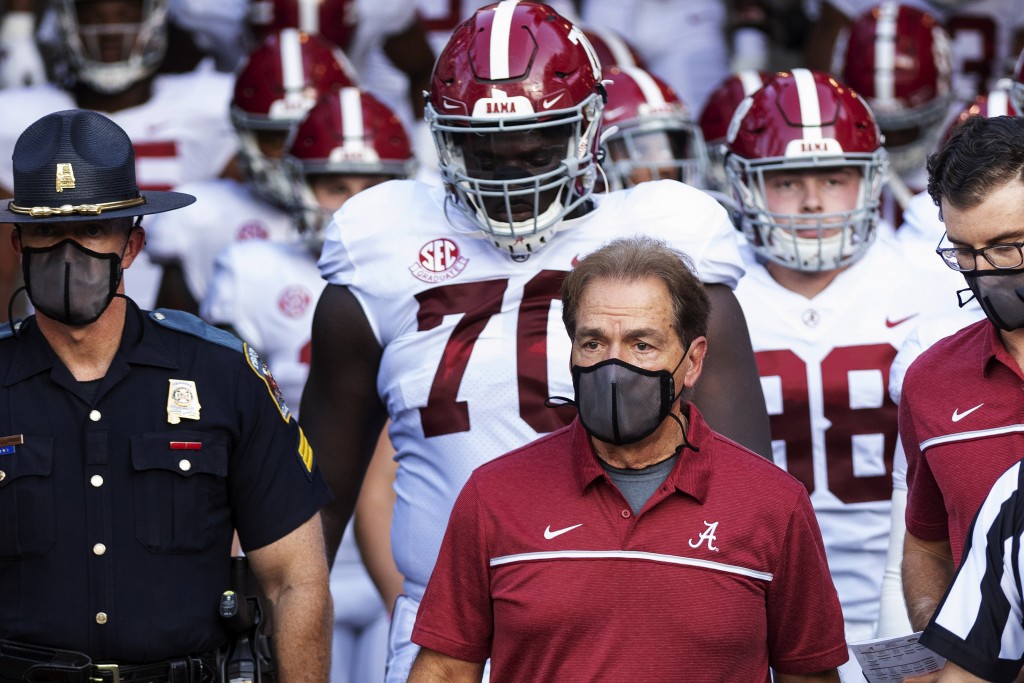 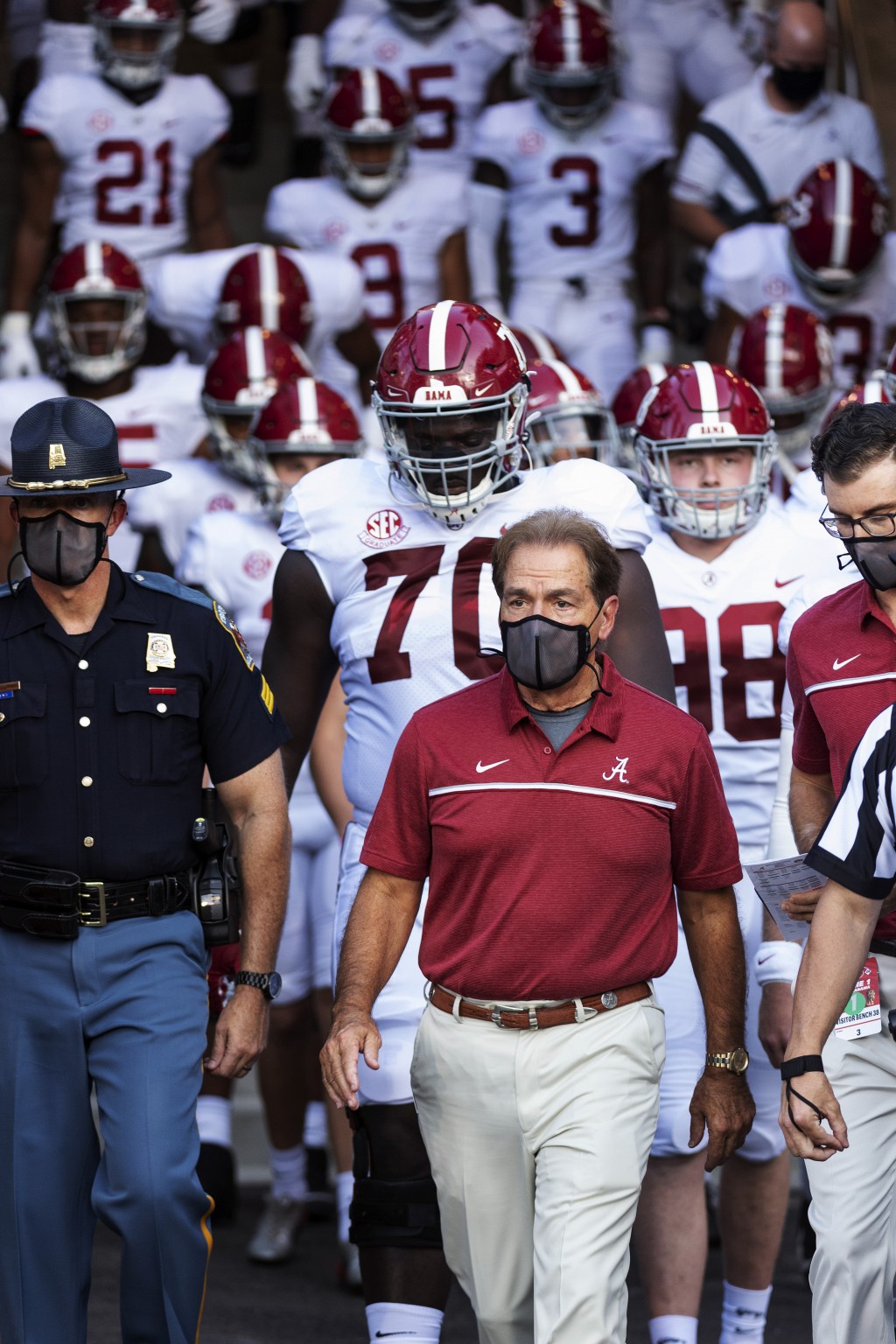 Nick Saban won’t be allowed to coach No. 2 Alabama from home against third-ranked Georgia per NCAA guidelines, and also can't be in the stadium while testing positive for COVID-19.

The coach remains asymptomatic after testing positive for COVID, and Alabama said Saban was evaluated by team doctor Jimmy Robinson Thursday “and is doing fine.”

"He is continuing to self-isolate and will remain in the SEC testing protocol while being evaluated daily,” the school said.

When asked if a coach who remained positive could coach from an isolated room at the stadium, SEC spokesman Herb Vincent cited CDC guidelines saying “people who are in isolation should stay home until it’s safe for them to be around others.”

Then there are the NCAA restrictions.

NCAA spokeswoman Stacey Osburn referred to the rules interpretation written by national coordinator of football officials Steve Shaw when asked about Saban coaching. In an earlier response to the prospect of any coach being in quarantine because of COVID-19, Shaw's interpretation was that coaches aren’t allowed to use technology to call in plays or communicate with the team in the locker room.

“Rule 1-4-11-b is very specific and allows only voice communications between the press box and the team area, therefore in (a) the coach could not call into the press box or the sideline for anything related to coaching purposes,” Shaw wrote.

He also interpreted Rule 1-4-11-a as prohibiting the use of computers or other technology “for coaching purposes,” including any virtual communication with the team during a game.

“This prohibition would begin at 90 minutes before the scheduled kickoff when the officiating crew assumes jurisdiction of the game and would include the time between periods until the end of the game when the Referee declares the score final,” the interpretation read.

The 68-year-old Saban and athletic director Greg Byrne tested positive for COVID on Wednesday. Robinson said at the time that they were the only positive tests in the program.

Alabama hasn't disclosed positive tests among players since the pandemic started, but Saban said Wednesday that they “haven’t had any indication” of an outbreak among players. The Tide is coming off a game against Mississippi, which this week had an undisclosed number of players test positive.

New England Patriots coach Bill Belichick, a close friend of Saban, said they spoke recently “about how much we’ve learned with this situation and some of the challenges that have come with it.”

“I know he’s been extremely vigilant and put a great deal of thought and effort into the care of his team and players,” Belichick said. “He shared that with me. We both talked about things that we’ve done and have been helpful and so forth. So I just want to wish him the best from all of us here and the organization.”

Giants coach Joe Judge is betting on Saban over the virus.

“He’ll probably beat COVID,” Judge said. “He’s got a pretty good record against every other opponent so I am confident coach will come through this.”