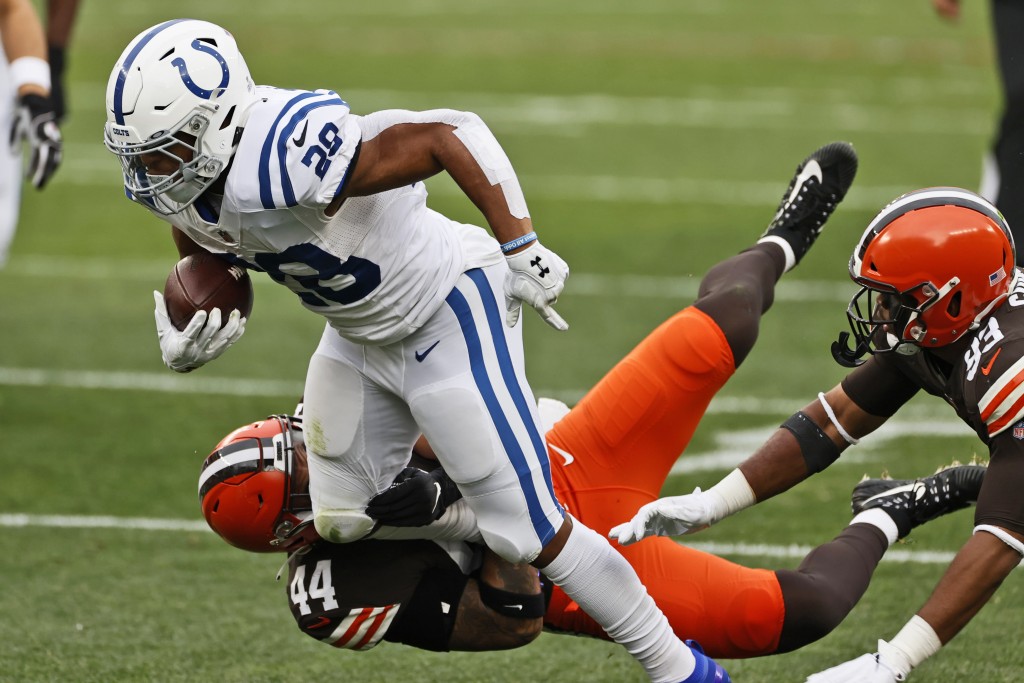 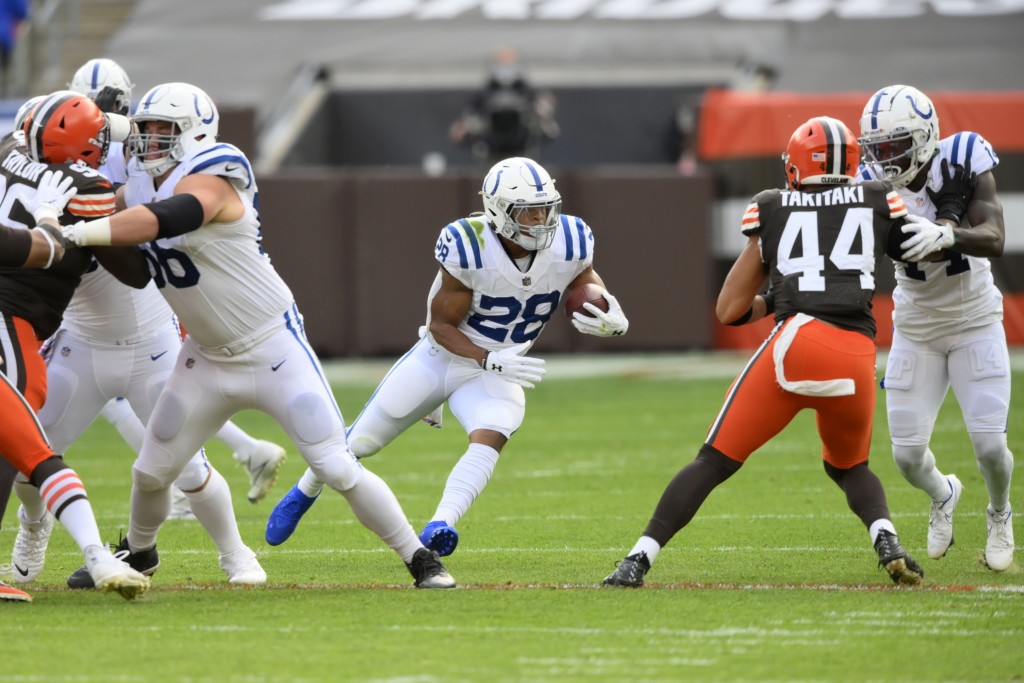 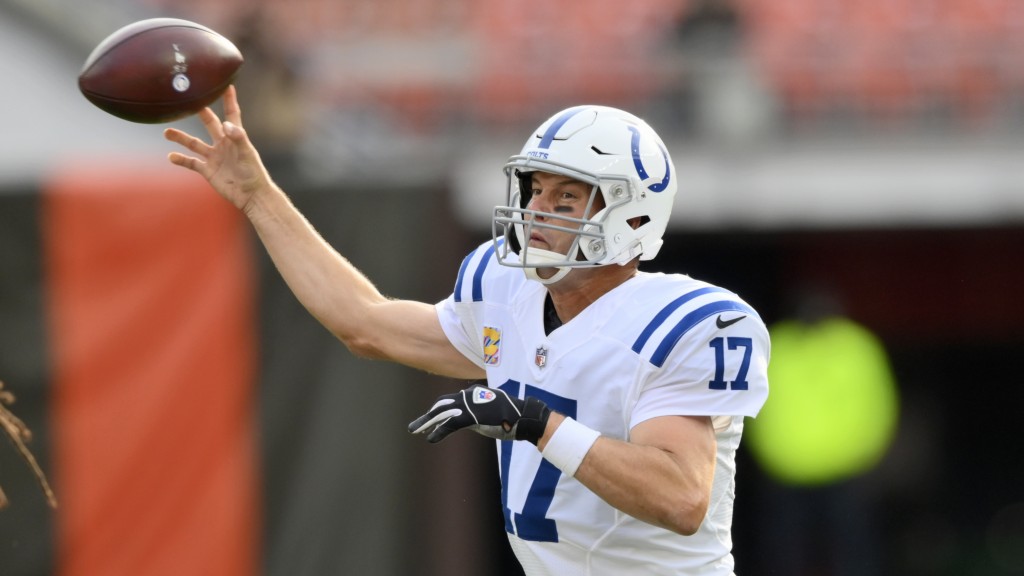 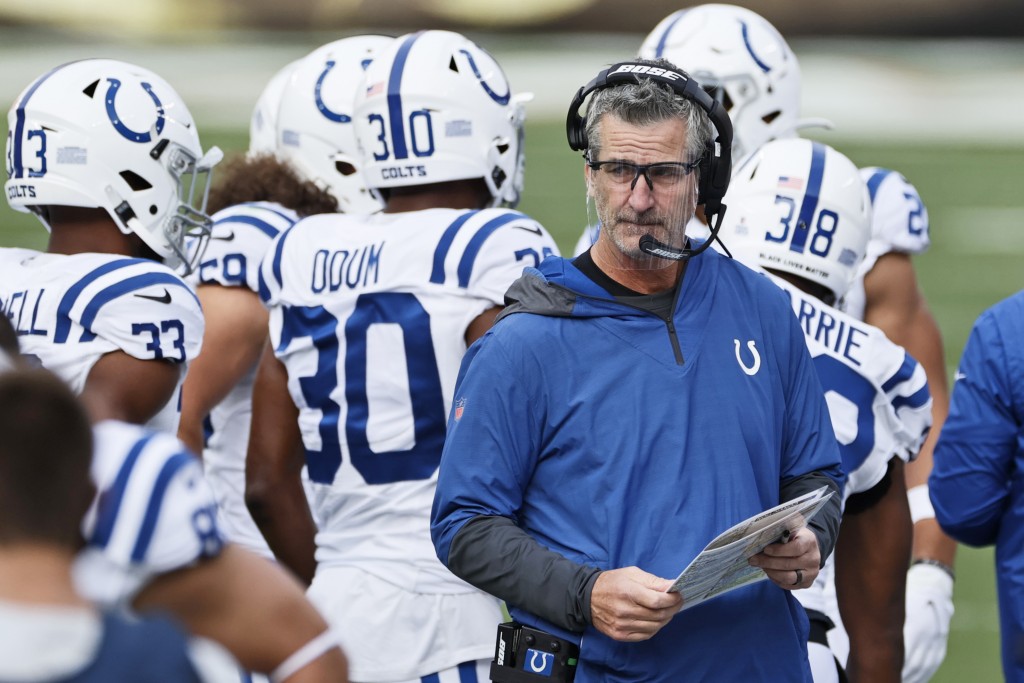 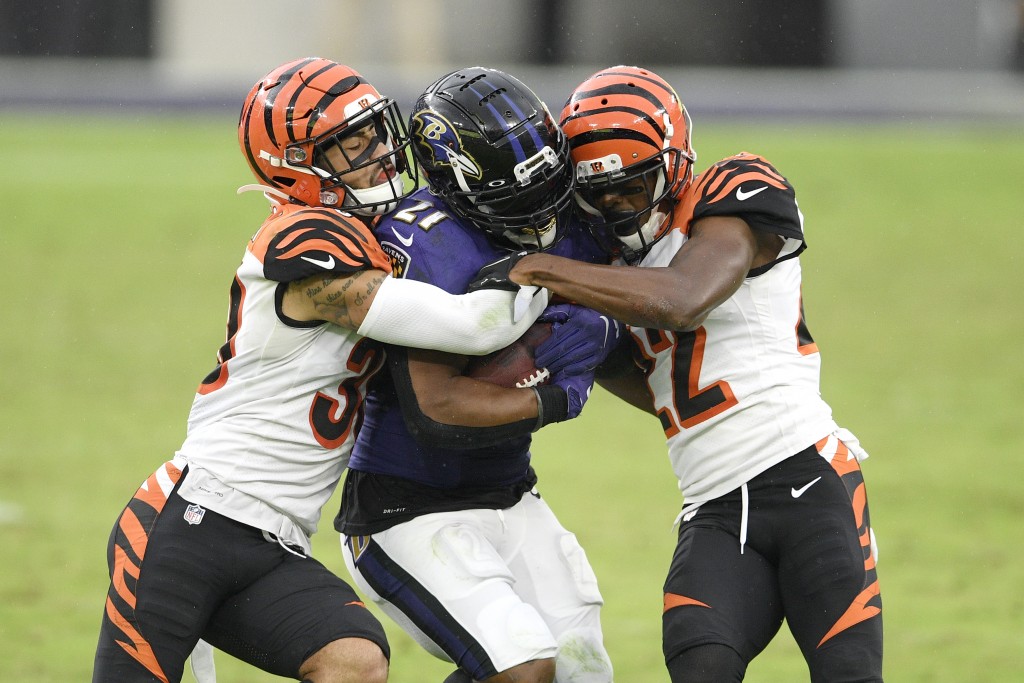 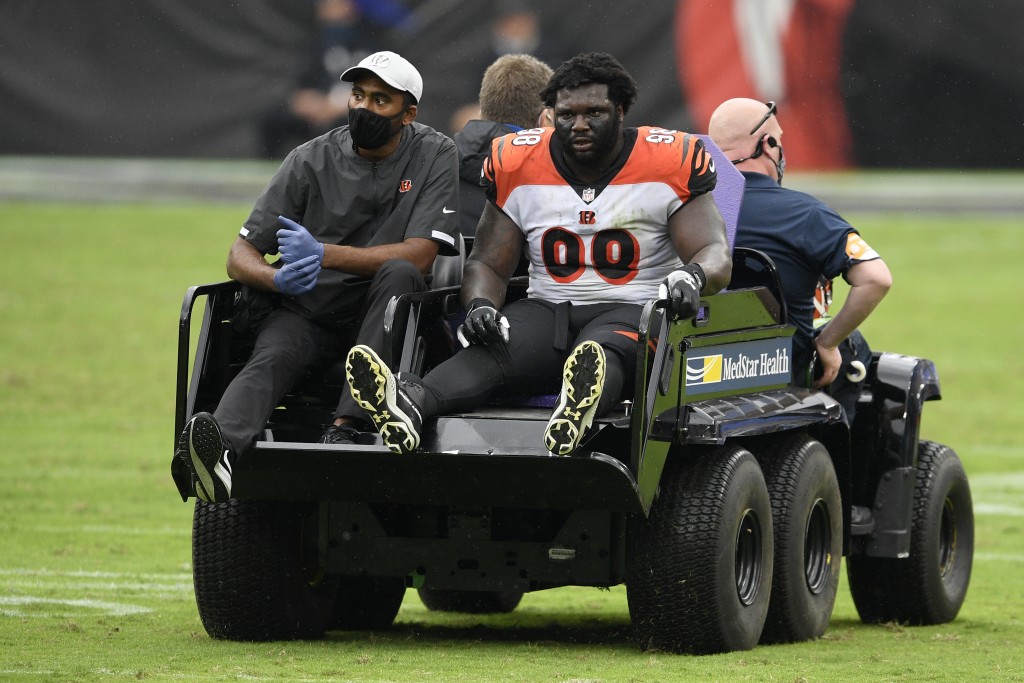 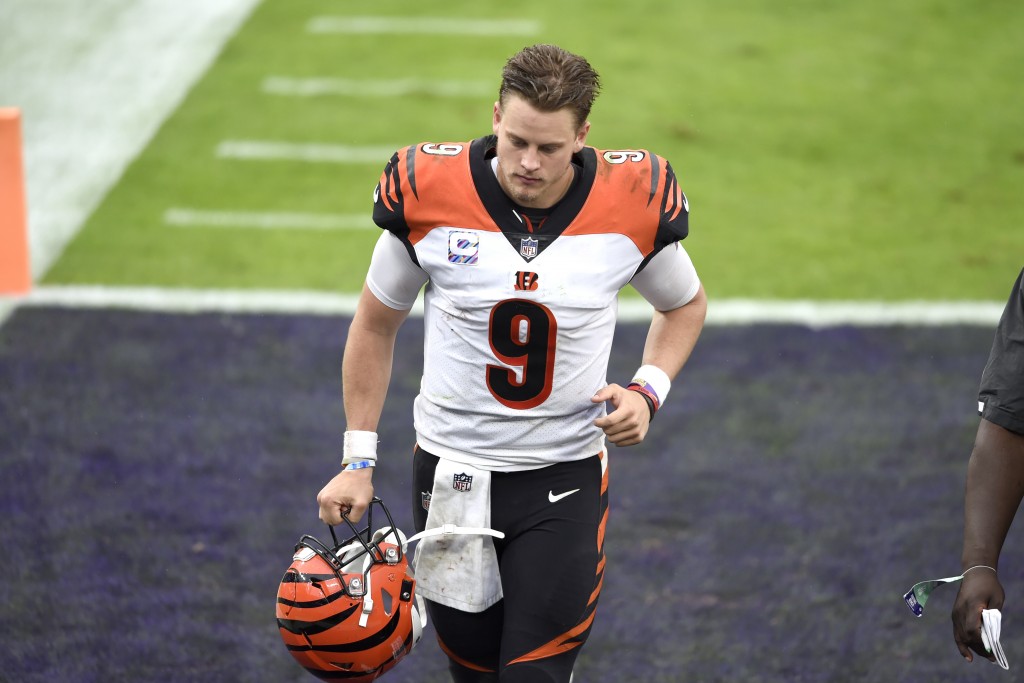 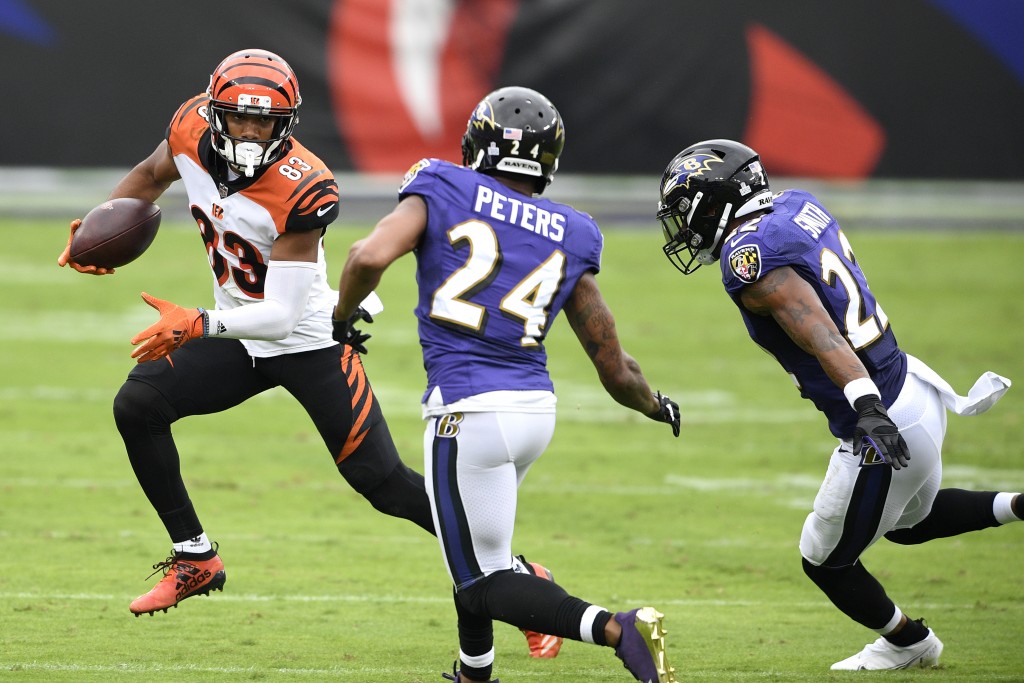 A year ago, Reich's philosophy worked just fine behind one of the league's top offensive lines.

This year, though, defenses have increasingly stacked the line of scrimmage, played tighter coverages on short routes and dared Philip Rivers to beat them over the top.

It has taken a toll. Indianapolis has slid from seventh in the league rankings in 2019 to 23rd, a number Reich and his players know must change starting Sunday against Cincinnati.

“That’s a challenge we embrace and if you want to be the best, you have to be able to handle that," Reich said. “I think we will continue to make progress. I feel good about the guys we’ve got and the direction we’re going."

There's little doubt the Colts (3-2) can churn out victories, even without 1,000-yard rusher Marlon Mack who suffered a season-ending Achilles tendon injury in the season opener. The combination of rookie Jonathan Taylor, Mack's replacement, and Nyheim Hines has provided a solid one-two punch out of the backfield.

Taylor is one of three rookies with a 100-yard game this season and only three players in franchise history posted more yards from scrimmage in their first five games than the former Wisconsin star, who has 414. While Hines has done more work in the passing game, he has been effective on the ground, too.

Still, the Colts rank 31st in yards per carry at 3.55, something they could turn around against a Bengals defense allowing 102.6 yards per game and will be playing with a depleted front four after putting two more defensive linemen on injured reserve this week.

Cincinnati (1-3-1) insists it will be up to the challenge.

The Bengals finally got defensive tackle Geno Atkins back in the lineup last week.

Cincinnati already was missing injured defensive tackles Mike Daniels and Renell Wren as well as Josh Tupou, who opted out of the season so they have signed free agent defensive tackle Xavier Williams.

Atkins may see more snaps this week than the 19 he logged last week, but he's likely to still be on a pitch count.

“We’ll be smart," coach Zac Taylor said. “I think he got the right amount of snaps coming off the time he spent off. We’ll just continue to re-evaluate that every week and see where he’s a potential fit.”

Sunday's game pits a 37-year-old coach in Taylor, against a 38-year-old quarterback in Philip Rivers.

It's not the first time they've been on opposite sidelines. Rivers, a four-year starter at North Carolina State, won his first three games against Wake Forest then lost to the Demon Deacons in 2003 when Taylor, then a freshman, was a backup quarterback.

As for this week, Taylor knows what to expect.

“Maybe he doesn’t move as well as he did in 2002 when he was beating up on Wake and I was sitting there on the bench, but he’s still dangerous and capable," Taylor said. “I’ve always had such high respect for him. I feel like I’ve watched every game he’s played in for 20 years. I guess that has an effect on you."

The Bengals would like to get receiver A.J. Green more involved this week after another rocky start.

The 32-year-old, seven-time Pro Bowler has been overshadowed by the younger Tyler Boyd, who has emerged as Burrow's favorite target.

Through five games, Green has 14 receptions, 119 yards and no touchdowns though Burrow missed him twice on potential scoring plays. Green's longest gain this season has been 15 yards. And after missing 23 games the previous two seasons and an early departure last week after aggravating a sore hamstring, some are speculating he could be traded before the league's Nov. 3 deadline.