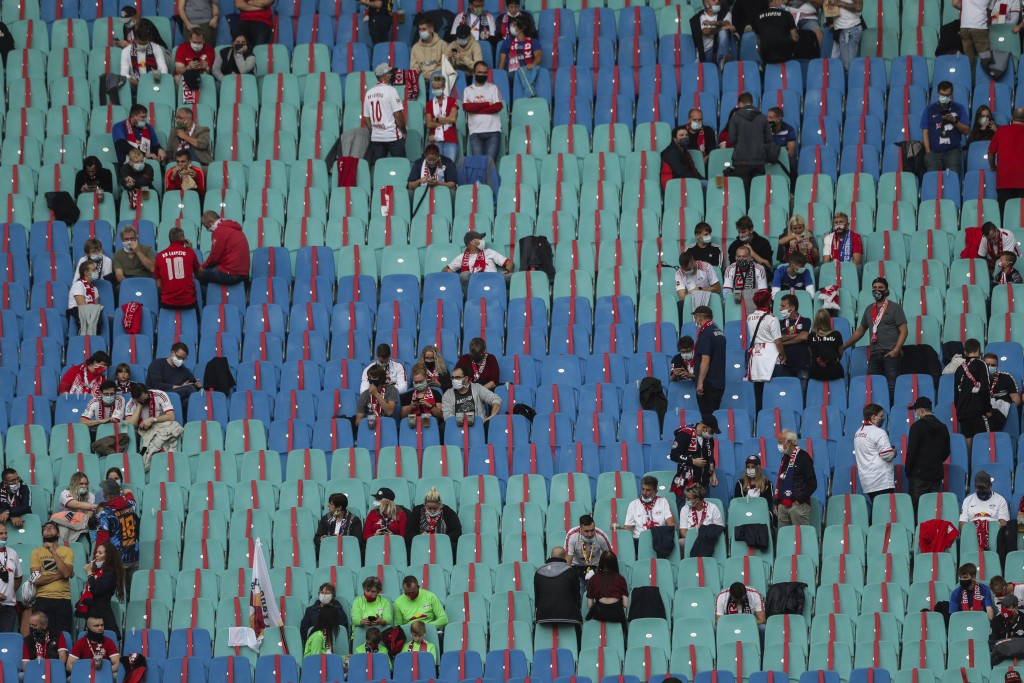 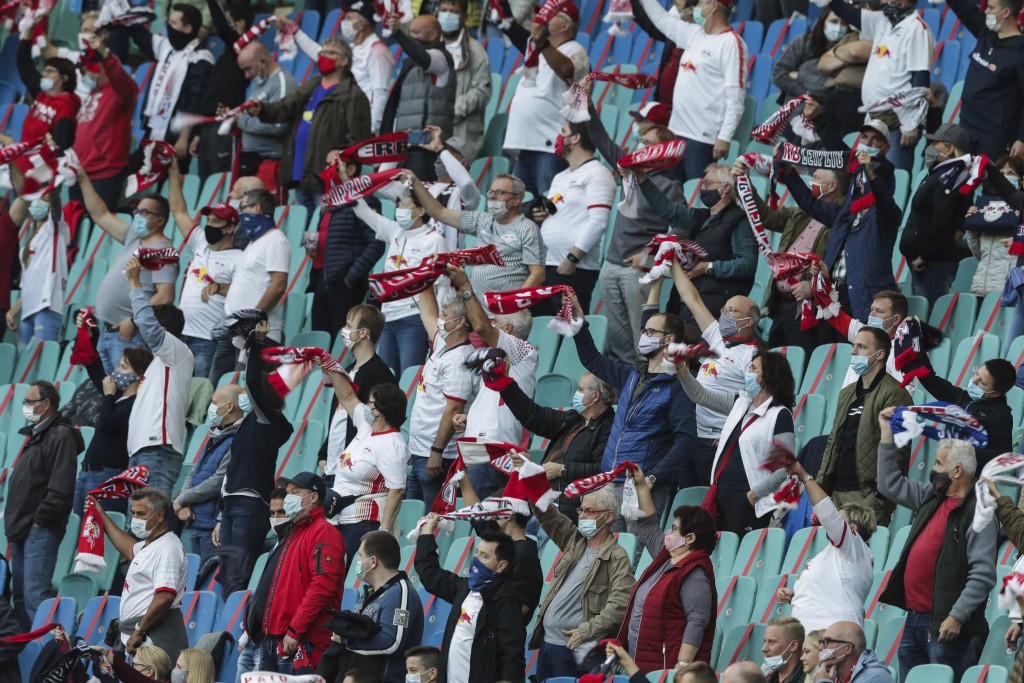 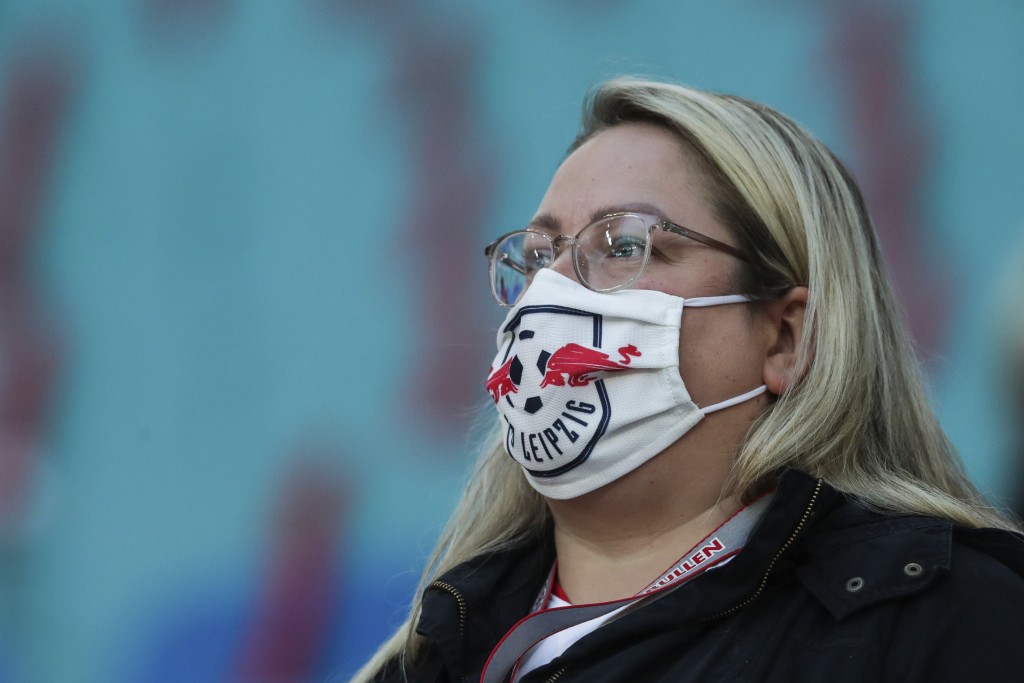 DÜSSELDORF, Germany (AP) — The Bundesliga is moving closer to another run of what Germans call “ghost games” as the coronavirus threatens to reverse the tentative return of fans to the stadiums.

Germany's league led the way in resuming amid the coronavirus pandemic, and later its politicians crafted a flexible, local model to allow at least some fans back at up to 20% capacity. This weekend, though, it appears almost certain that more Bundesliga games will be played without supporters than with them.

Six of the nine home teams this round have stadiums in areas with infection rates above the level set down in the politicians' agreement which governs German sports this season. Going above 35 new cases per 100,000 people over seven days generally means a club can't have fans.

Infections are rising across Germany and hit a new one-day record Thursday according to the Robert Koch Institute, the country's public health body. Berlin has been hit harder than most other major cities, but Hertha Berlin is still planning to have 5,000 fans when it hosts Stuttgart on Saturday under a special deal with the city authorities.

However, Hertha will have stadium announcements warning fans not to sing during the game. City authorities are concerned that could be a risk factor, even given the large number of empty seats in the 74,000-capacity Olympiastadion.

The virus threatens to keep Arminia Bielefeld fans out of one of their club's biggest games of recent years — the first visit by Bayern Munich since 2009. It's a financial blow for a smaller club which in a normal season would jump at the opportunity of having the European champions in town.

Bayern is well used to playing in empty stadiums. The only game its fans have seen live this season was the Super Cup win over Sevilla in Hungary last month.

Borussia Mönchengladbach's home city was just within the limit Thursday to have fans, but the club said a “ghost game” is more than likely. Given the general trajectory of rising case numbers, the game “is threatening to have to be held in front of empty stands,” the club said. More worryingly for Gladbach fans is the prospect of not being able to attend the Champions League game against Real Madrid on Tuesday.

Even clubs from cities with much lower infection rates — like Leipzig and Wolfsburg — could have reason to worry. The politicians' agreement last month which allowed fans back into German stadiums was framed as a six-week trial and is up for review at the end of the month.