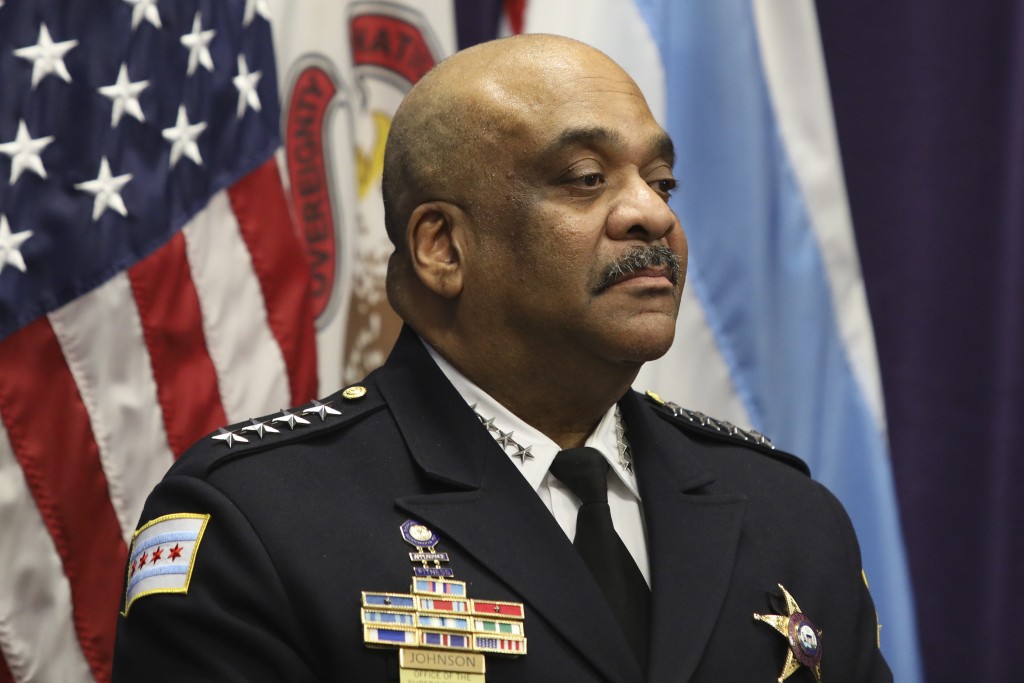 CHICAGO (AP) — A Chicago police officer has filed a lawsuit alleging sexual assault by former police Superintendent Eddie Johnson, who was out drinking with her the night he was found asleep behind the wheel of his SUV.

In her lawsuit filed Wednesday in Cook County Circuit Court, Cynthia Donald also says Johnson destroyed cellphone evidence of their relationship amid an investigation into Johnson's movements that night.

Donald's lawsuit alleges Johnson sexually harassed her, pressured her to engage in sexual acts and even texted nude photos of himself to her between 2016 and 2019 after he assigned her to his detail and then as his driver. In one incident, she alleges that Johnson forced her onto a couch, pulled her pants down without her consent and engaged in a sex act, telling her, “Now you know you belong to me.”

“Superintendent Johnson used his position of power and authority over Plaintiff to pressure her into engaging in these sexual acts by conditioning her employment and advancements within (the Chicago Police Department) upon her submission to unwanted and unwelcomed sexual activity, promising her promotions, and berating her whenever she summoned the courage to resist his advances, “ the lawsuit alleges.

The lawsuit also names the city as a defendant, alleging that Mayor Lori Lightfoot “exacerbated the hostile work environment by ordering Superintendent Johnson to ‘dump’ Plaintiff by having her relocated away from CPD Headquarters. "

Lightfoot's office referred questions about the lawsuit to the city's law department. The law department did not immediately respond to a request for comment.

The lawsuit comes as the department was expected Thursday to announce possible discipline of officers involved in the October 2019 incident in which Johnson, after a night of drinking, was found slumped over the wheel of his vehicle and allowed by officers to drive home.

According to previously published reports, Donald was suspected of damaging her police-issued cellphone and removing its data card before investigators could examine it. It was not immediately clear if Donald was one of the officers expected to be suspended.

The lawsuit is the latest chapter in the dramatic downfall of Johnson, a popular police chief Lightfoot fired in December 2019 for what she said were lies he told her about his actions that night. While Johnson admitted to the mayor that he’d had “a couple of drinks” that night, he blamed his condition on a change in his blood pressure medication. Later, media reports and surveillance video from a Chicago bar revealed he had been drinking heavily that night.

Shortly after he was fired, Johnson released a statement through his attorney acknowledging that he’d made a “poor decision” but maintained he did not “intentionally mislead or deceive” anyone.

Officers responding to a 911 call from someone reporting a man asleep at the wheel of his idling vehicle did not issue any citations for Johnson. Instead, they escorted him home, following him, according to Ferguson’s report, as he ran a stop sign and drove for a short time in the wrong lane.