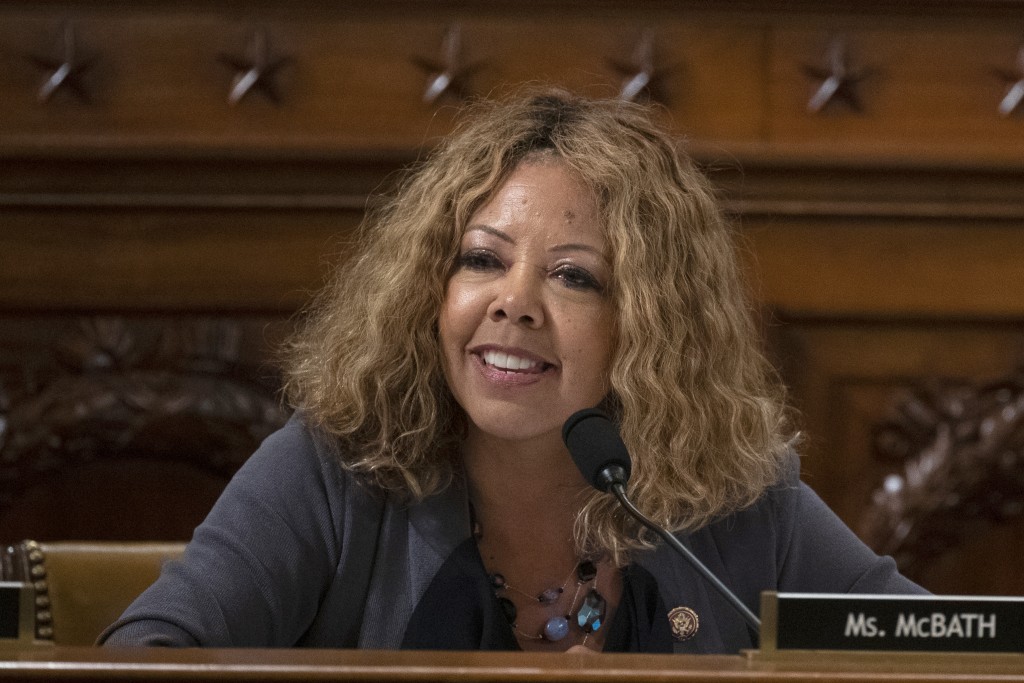 ATLANTA (AP) — Karen Handel is looking for Republicans to mobilize in Georgia's 6th District, once an incubator of high-profile Republicans. But Democrat Lucy McBath, who unseated Handel in 2018, is trying to show that Atlanta's wealthiest suburbs have changed.

The rematch in the district, covering parts of Cobb, Fulton and DeKalb counties, is being fought on a nationalized stage, with arguments about health care, abortion, support for police and gun control.

Jon Ossoff, now running for Senate, nearly battered down the Republican fortress in 2017 in the nation’s most expensive U.S. House election. Ossoff fell just short, with Handel going to Washington for almost two years. But McBath, who became a gun control advocate after her son was fatally shot, closed the deal for Democrats in 2018, edging out Handel.

McBath crafts an image as a bipartisan worker. She points to a law she authored that President Donald Trump signed that protects veterans’ benefits from being seized in bankruptcy.

“There’s a lot of negativity and partisanship in America right now,” McBath said in a debate Tuesday. “That’s exactly what I’m running against.”

McBath refused requests from The Associated Press for an interview.

“She misled the voters of Georgia 6," Handel said. "She said she was going to be a moderate. She has been anything but.”

Some independent ratings show McBath as more liberal than the median member of the House, but more conservative than most Democrats.

Handel bets Republican turnout was abnormally depressed in 2018 and that the prospect of voting for Trump's reelection will energize GOP voters. “He is going to drive turnout,” Handel said.

But McBath is hitting Handel with a range of attacks, with the most concerted sparring around health care.

“My opponent's record on health care is absolutely dismal,” McBath said. “Karen Handel supported bills that would actually raise the cost of health care and treatment and prescription drugs.”

“We need more options, not fewer options and that means opening up the private market further than we have," Handel said.

The Republican says she favors a separate stand-alone law to protect people from being denied coverage because of preexisting conditions, but Democrats deride that proposal as a sham.

Gun control has been McBath’s signature issue. She and other Democrats claimed a victory last year when, for the first time in two decades, Congress provided funds to study ways to prevent gun injuries and deaths.

Handel says McBath is much less effective on other issues, arguing she’s inaccessible to local groups.

McBath says she's been far more accessible than her predecessors, including Handel.

“I’ve held the first in-person town halls that this district has seen in decades, and I’ve worked tirelessly to ensure my constituents have had access to vital information and resources that they’ve needed during this pandemic,” she said.

McBath is again winning hefty financial support from Everytown for Gun Safety, with the group financed by Michael Bloomberg pledging $1.7 million on ads. More than $4 million in outside money has already been spent in the race, about evenly split, according to the Center for Responsive Politics. McBath is vastly outraising Handel for direct spending, though, taking in more than $5 million compared to Handel's roughly $2 million.

Handel has a long history of opposing abortion rights, while McBath favors them, pledging to ensure that a “woman has the ability to choose what’s best for her body with her healthcare provider." In the debate, after McBath hit Handel for working for an anti-abortion group, Handel elided her position, saying “that’s a really emotional and personal issue for everyone, and there’s very different opinions."

She then attacked McBath as the extremist for not supporting a proposal making it a crime not to provide medical care when an attempted abortion results in a child born alive. Opponents of the GOP measure say births during attempted abortions are extremely rare, generally occurring when doctors determine that a child won’t survive and parents opt to spend time with him or her before death.