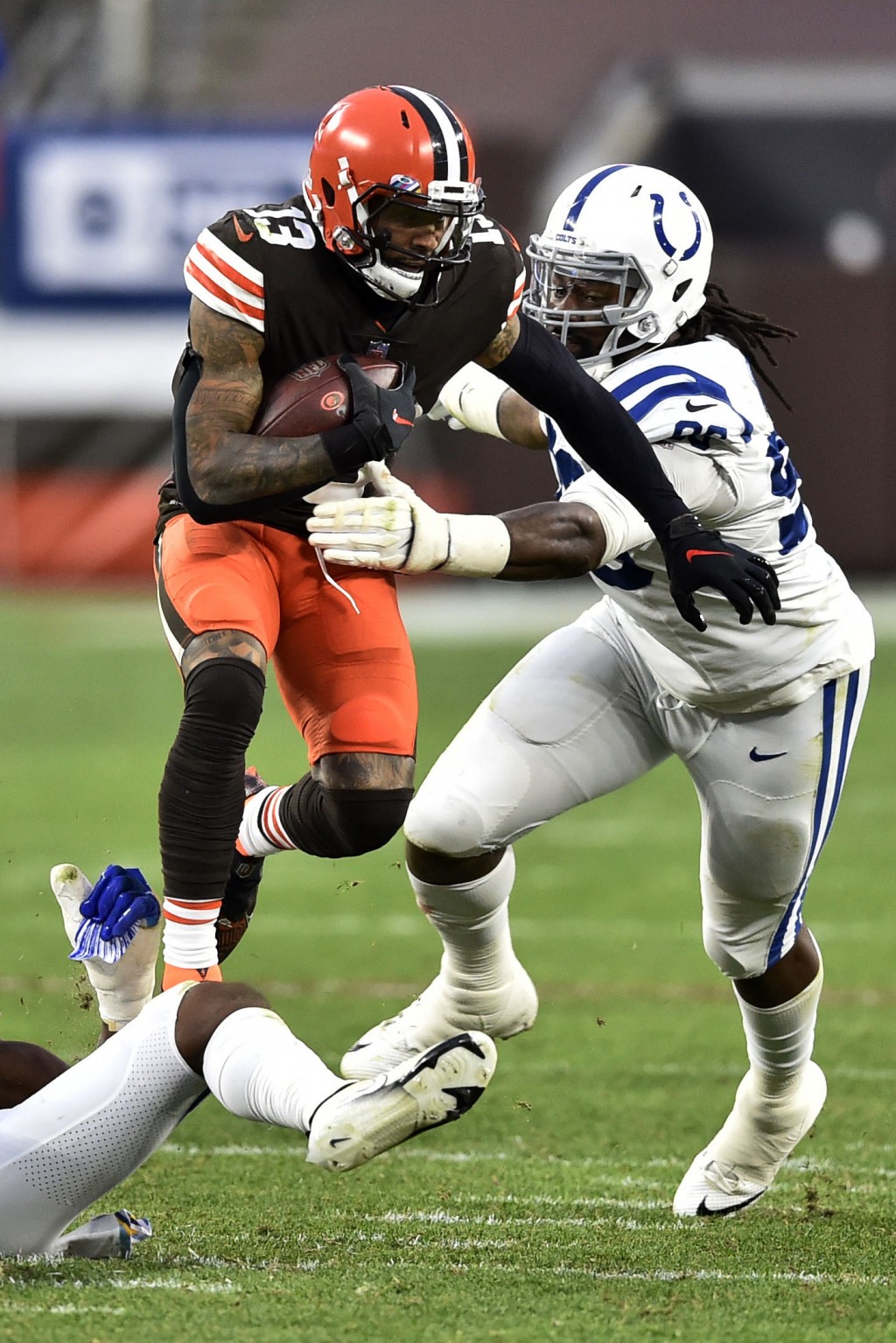 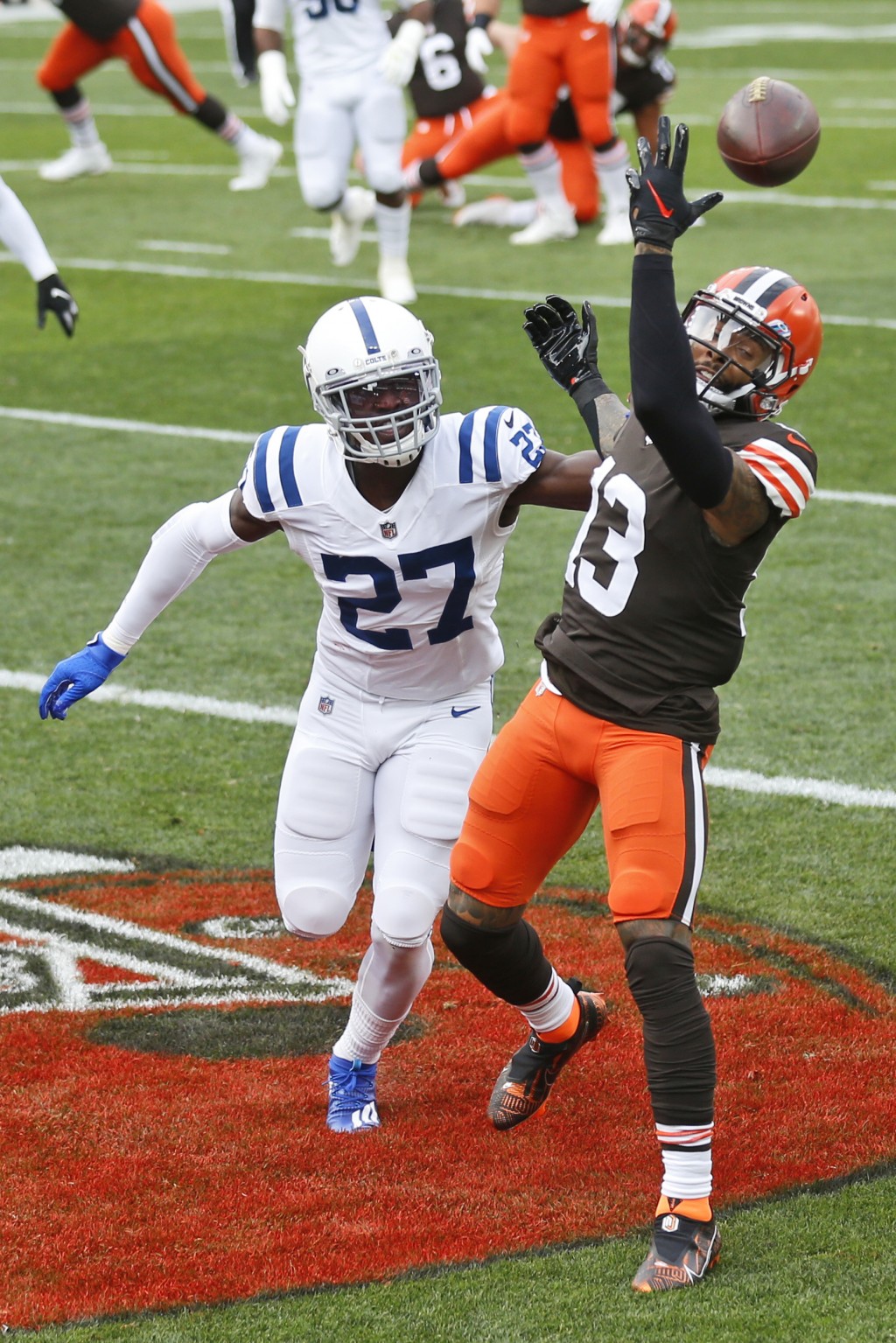 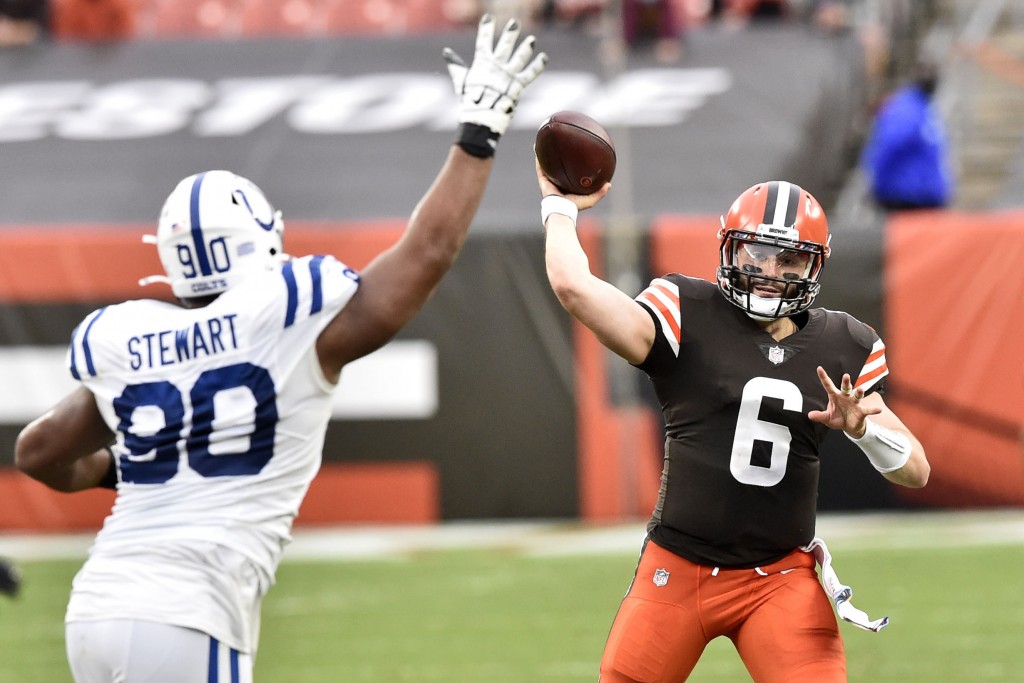 CLEVELAND (AP) — Baker Mayfield's injured ribs aren't the only concern this week for the Cleveland Browns.

Star wide receiver Odell Beckham Jr. was sent home feeling ill on Thursday as coach Kevin Stefanski said the team acted out of caution because of COVID-19 concerns while preparing for this week's matchup against the unbeaten Pittsburgh Steelers.

Stefanski said Beckham did not test positive for the coronavirus. The team will find out the result of Beckham's most recent test on Friday.

“You have to be careful,” said Stefanski. “I don’t want to assume anything, but with all of our guys we just want to follow the protocols and be safe.”

Beckham has been a major factor in Cleveland's early success this season. He has 21 catches for 294 yards in three games, and the three-time Pro Bowler has stated numerous times that he's as healthy and confident as he's been in years.

As for Mayfield, Stefanski said the quarterback has improved and was able to throw some passes during Wednesday's practice. Mayfield took a hard hit in the fourth quarter of last week's win over Indianapolis but finished the game.

Mayfield said “everything” on his right side was sore Wednesday when asked if the injury was specific to his ribs.

Mayfield didn't throw a single pass and watched backup Case Keenum work with Cleveland's receivers during the 10-minute window of practice opened to the media. The team had to move its workout inside because of rain on Thursday, so there was no visual evidence Mayfield did anything more.