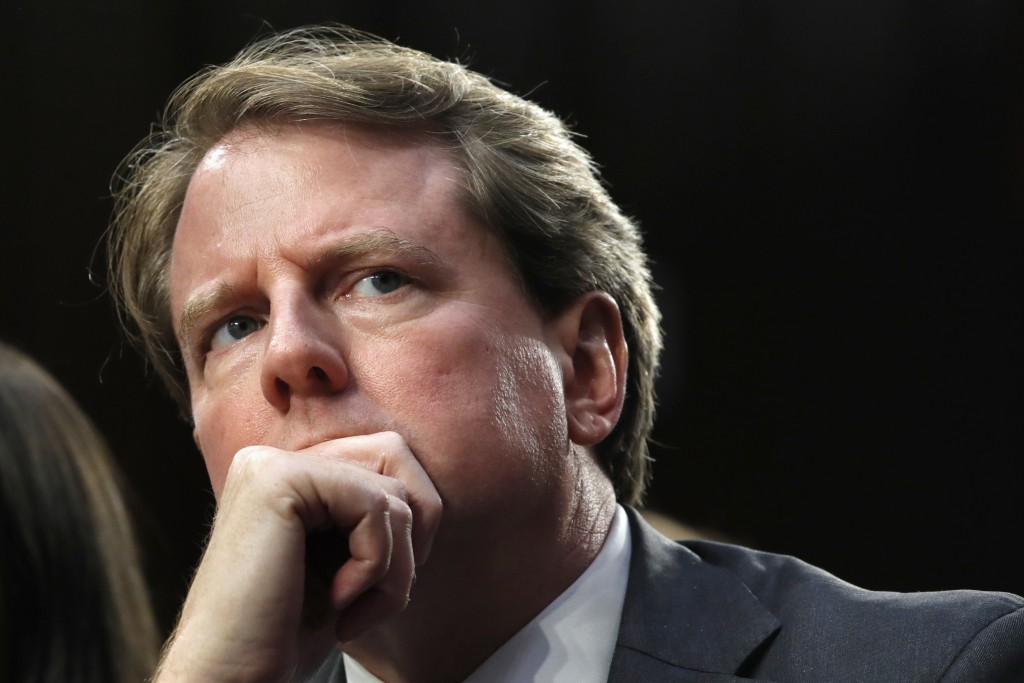 WASHINGTON (AP) — The full federal appeals court in Washington, D.C., on Thursday said it will once again take up the House of Representatives' bid to force former White House counsel Don McGahn to appear before Congress.

But arguments won't be held until late February and the issue is whether the House has authority under the Constitution or federal law to ask courts to enforce a subpoena against an executive branch official.

A three-judge panel of the U.S. Court of Appeals for the District of Columbia Circuit ruled 2-1 in August that the House lacks such authority. One of the judges in the August majority, Thomas Griffith, has since retired and was testifying in support of Amy Coney Barrett's Supreme Court nomination shortly after his former court issued its order.

Thursday marked the second time that the full appeals court threw out the panel’s ruling. The panel initially ruled that judges have no role to play in the subpoena fight between the House and President Donald Trump over the testimony of high-ranking administration officials.

It’s not clear whether the House next year would even still want to hear from McGahn, whose testimony has been sought as part of the House’s investigation of potential obstruction of justice by Trump during special counsel Robert Mueller’s Russia investigation.