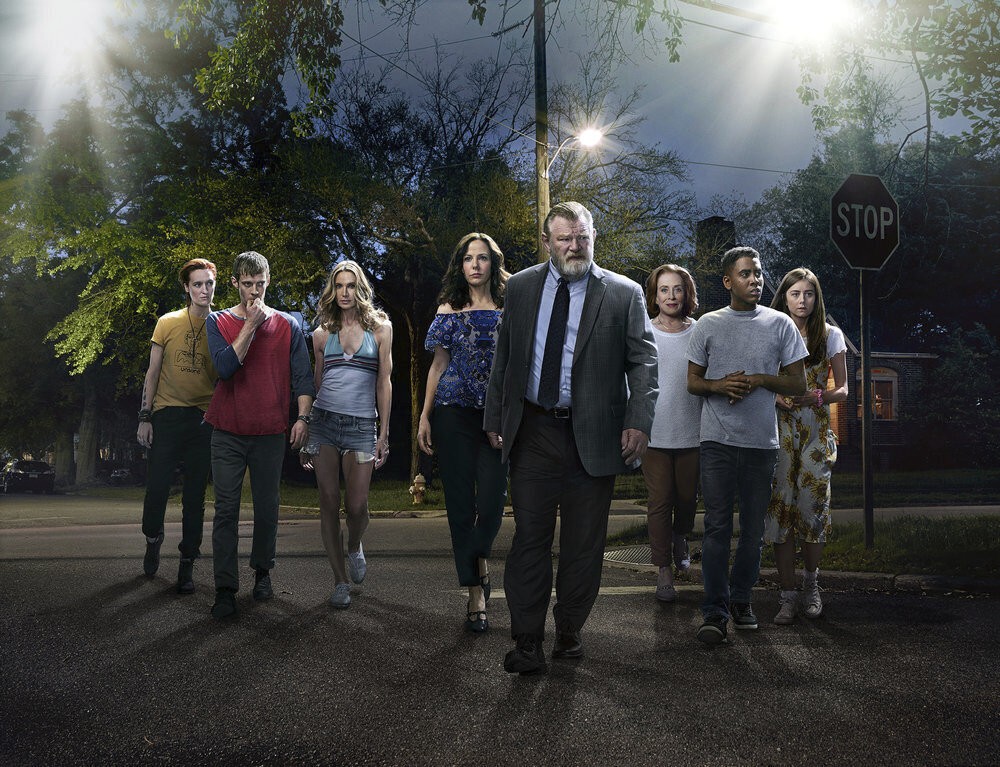 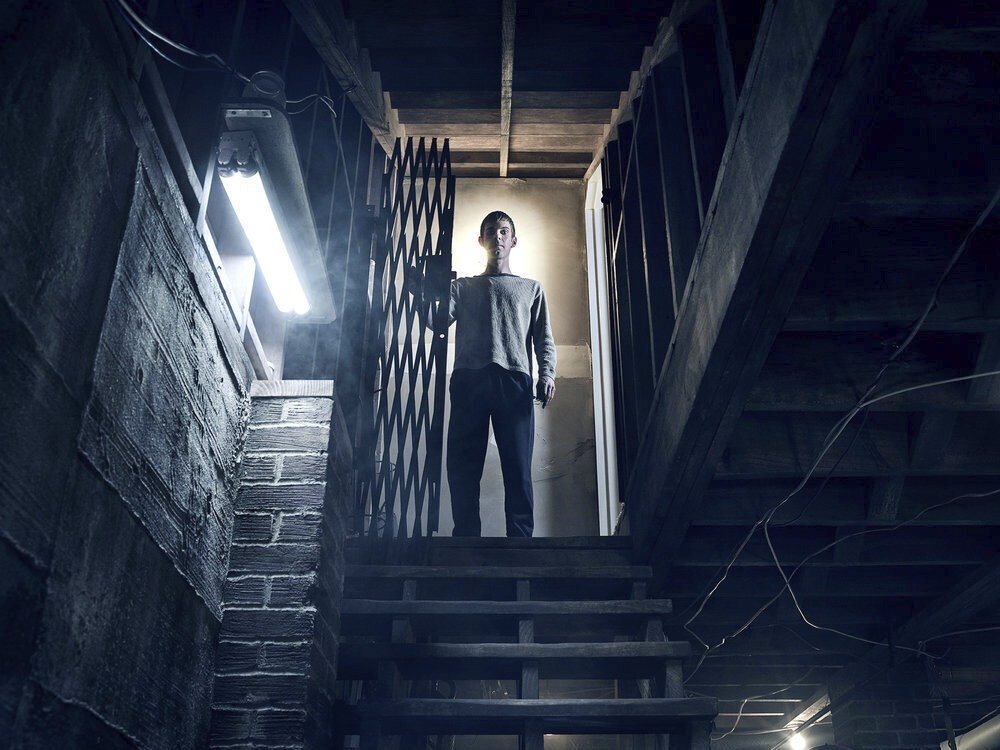 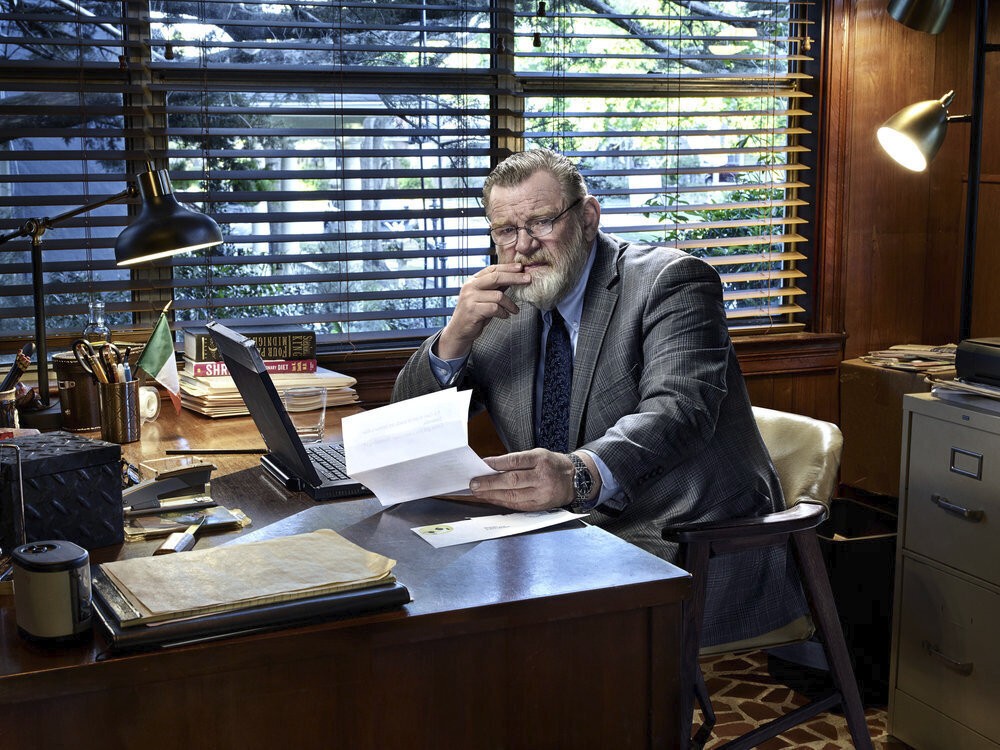 NEW YORK (AP) — One of Stephen King’s most creepy and tense stories was hiding in plain sight.

“Mr. Mercedes” started life in 2017 as a broadcast offering on the AT&T-owned, DirecTV-exclusive Audience Network, only to be left marooned with an uncertain future after the obscure channel was shut down. The crime series gets another life this month after NBC's Peacock streaming service acquired it.

“Nobody could find it. And that was enormously frustrating,” says director Jack Bender. “Hopefully it’s going to get the audience it’s always deserved."

The pitch-dark series — adapted by David E. Kelley and starring Brendan Gleeson — is based on Stephen King’s bestselling Bill Hodges trilogy and follows a retired, ornery detective tormented by a seriously troubled serial killer who announces himself by mowing down dozens of people in line for a job fair in a stolen Mercedes.

“My intention was always to do a character driven, scary show about the monster inside these people instead of the monster outside the people,” says Bender. “Even though they’re monstrous people doing monstrous things, they are not, quote-unquote, boogeyman monsters.”

The first two seasons of “Mr. Mercedes” will be bingeable on Peacock starting on Oct. 15. The show’s most recent outing, 2019’s Season 3, will arrive on a date to be announced.

English actor Treadway, who has played a genius psychopath in “Penny Dreadful,” takes on the serial killer in “Mr. Mercedes” and calls him “a unique, brilliantly drawn, complicated character.” He calls the story “electric.”

Treadway says one of his most powerful memories is watching King's “The Shinning” with Jack Nicholson and called King's trilogy “such a page-turner. I just binged it and, in a dark way, just fell in love with the character and the world.”

His serial killer is tightly wound, vindictive, awkward, clever, a victim of abuse, a loner and filled with rage. “As an actor, my part of the process was definitely not to judge him. It was to understand him and get into the skin of him.”

Even years after filming, Treadway seems rattled: “That as a process was fascinating, disturbing at times, lingered afterwards — I won't forget.”

While faithful to the books, Kelley and Bender inserted their own ideas to the adaptation. Kelley added a next-door neighbor to the detective (played by Taylor) and Bender gave him an extensive vinyl record collection and a tortoise to look after.

The pet was inspired by a tortoise that Bender's own daughter — Hannah Bender, the show's costume designer — got when she was a child and the records give the series a quirky soundscape, from Donovan, Reagan Youth, Leonard Cohen and Radiohead to The Drifters, T-Bone Burnett and Juice Newton.

“I wanted the music to come from the characters in ‘Mr. Mercedes’ because I really don’t love just putting the record on and letting it be emotional or cool over a montage,” says Bender.

Bender was executive producer and lead director on the ABC series "Lost" but don't expect many Easter eggs like that show in “Mr. Mereceds,” although there's a nod to King with the inclusion of the Ramone's song “Pet Sematary” — also the title of a novel by King — and the writer himself makes a cameo.

Bender says that's only fitting: “All of his books, even if they are advertised and known to have a supernatural flair, have very rich characters. They all do.”