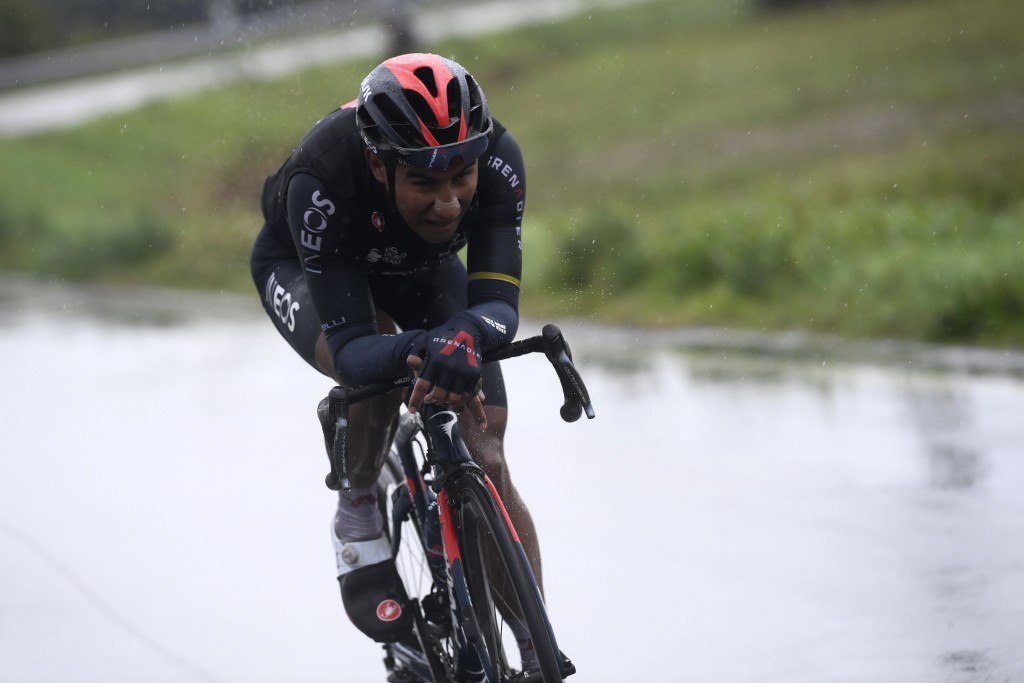 CESENATICO, Italy (AP) — Jhonatan Narváez earned his first victory in a Grand Tour by winning the 12th stage of the Giro d’Italia on Thursday, and João Almeida held onto the overall leader’s pink jersey.

Narváez, an Ecuadorian rider with the Ineos Grenadiers team, finished 1 minute, 8 seconds ahead of Mark Padun, who had a flat tire on the final descent as the duo were leading the stage.

Simon Clarke was third, 6:50 behind Narváez, at the end of the hilly 204-kilometer (124-mile) route that started and ended in Cesenatico.

The stage also featured five categorized climbs but, on a wet and windy day, there were no attacks from the riders chasing overall victory. They crossed the line 8:25 behind Narváez.

Friday’s 13th stage is a mainly flat 192-kilometer (119-mile) leg from Cervia to Monselice, although it features two categorized climbs towards the end of the route.

The Giro was rescheduled from its usual May slot because of the coronavirus pandemic. The race ends on Oct. 25 with an individual time trial in Milan.