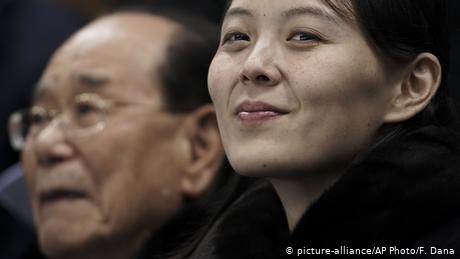 During his October 10 speech marking the 75th anniversary of the founding of the Workers' Party of Korea (WPK), North Korean dictator Kim Jong Un was moved to tears. After thanking the country's armed forces for their cleanup efforts after various natural disasters, the autocrat issued a rare and unexpectedly emotional apology to his citizens. According to the Korea Times newspaper, Kim said: "Our people have placed trust, as high as the sky and as deep as the sea, in me, but I have failed to always live up to it satisfactorily."

Kim Jong Un's teary apology contrasted with the night's bombastic military parade featuring two new ballistic missile systems. Some North Korea experts, like Rachel Minyoung Lee, believe the dictator's apology was carefully planned in an effort to soften his public image. Unlike his father and grandfather, Kim Jong Un is not casting himself as a god-like leader. Instead, experts say, he is eager to portray himself as an ordinary lawmaker who empathizes with his people. "His speech certainly cemented Kim's image as a competent, charismatic, and above all, human leader," says Minyoung Lee.

Nancy Snow, a propaganda expert who teaches at Kyoto's University of Foreign Studies, thinks even though Kim Jong Un's public appearance may have changed, his goals have not. "North Korea yearns for recognition and will defend its honor at all cost, be that by developing nuclear weapons, or partially opening the country for the 2018 Winter Olympics," says Snow. "It is a tactical move, that feigns openness." Snow says this is North Korea's way of signaling that it wants to become part of the international community.

For a considerable time now, the country's propaganda apparatus has worked to portray North Korea as a modern, cosmopolitan nation. For instance, shortly after assuming power some nine years ago, young Kim Jong Un was shown attending a concert by the famous North Korean girl group Morangbong Band on state-run television. Known for its cover version of the Rocky theme song and the Disney style outfits its members wear during performances, the Morangbong Band is one of the most popular in the country.

Kim Jong Un has been more than happy to jettison the old aesthetic of communism, gladly opting for a suit and tie over old-fashioned Mao suits. He even delivered a New Year's address while comfortably nestled in his office armchair.

He has had high-rise apartment blocks, hospitals, amusement parks, aquariums and ski resorts built to appeal to North Korea's upper and middle class, which is mainly comprised of North Korean party cadres and military figures who yearn for a Chinese or South Korean lifestyle. This is also why their leader tolerates black markets selling foreign-made luxury products, and promotes state-run apartment stores, supermarkets and semi-private restaurants. Not only that, lately many North Koreans have even been issued smart phones — albeit without internet access.

The regime's propaganda apparatus has been busily celebrating this progress the way it did when past leaders built new dams, steel factories and motorways. North Korea has also begun spreading its propaganda on social media. Longtime television news presenter Ri Chun Hee, who would read out the news in an overly emotional voice while clad in traditional costumes, is rarely seen anymore. In her place, YouTube host Un A can be seen extolling the supposed perks of North Korean life. In one video, she strolls through a fully stocked North Korean supermarket interviewing shoppers. The video seems aimed at proving that UN sanctions against the country have neither led to food shortages nor driven up prices. Footage of Un A showcasing North Korean pizza parlors have been recently begun circulating on Chinese messenger apps.

North Korea experts are divided over whether these propaganda efforts are proving effective. "We in the West certainly fell for its charm offensive — the sister’s smiling gesture at the Olympics — little moves on the chess board here and there that duped us into thinking that we could talk to them," says propaganda expert Snow. But Martyn Williams of the Stimson Center is not so sure, "All we are seeing are the lives of the rich in Pyongyang, of people who have enough to eat." But Rosa Park, of the Washington-based Committee for Human Rights in North Korea, is not fooled by the regime's charm offensive: "There may be plenty of culture in these videos but in the end they are still just propaganda."

Now, as North Koreans find ways to access outside information, the regime is struggling to conceal its various failings. This point was clearly illustrated when Kim Jong Un demanded a new hospital be built in the capital in time for the 75th anniversary of the founding of the Worker’s Party on October 10. During this period, state-run media outlets busily reported on the construction project. Still, as 38north.org — a website run by the Stimson Center — revealed, the building was never finished and no images of the hospital's interior were ever published.

To distract from this failure, North Korean state media began covering disaster relief efforts launched by the police and army. This, according to South Korean news agency Yonhap, was an elaborate face-saving campaign. Kim Jong Un never mentioned the hospital in his October 10 address — but he heaped praise on the police and army.

This article was translated from German by Benjamin Restle