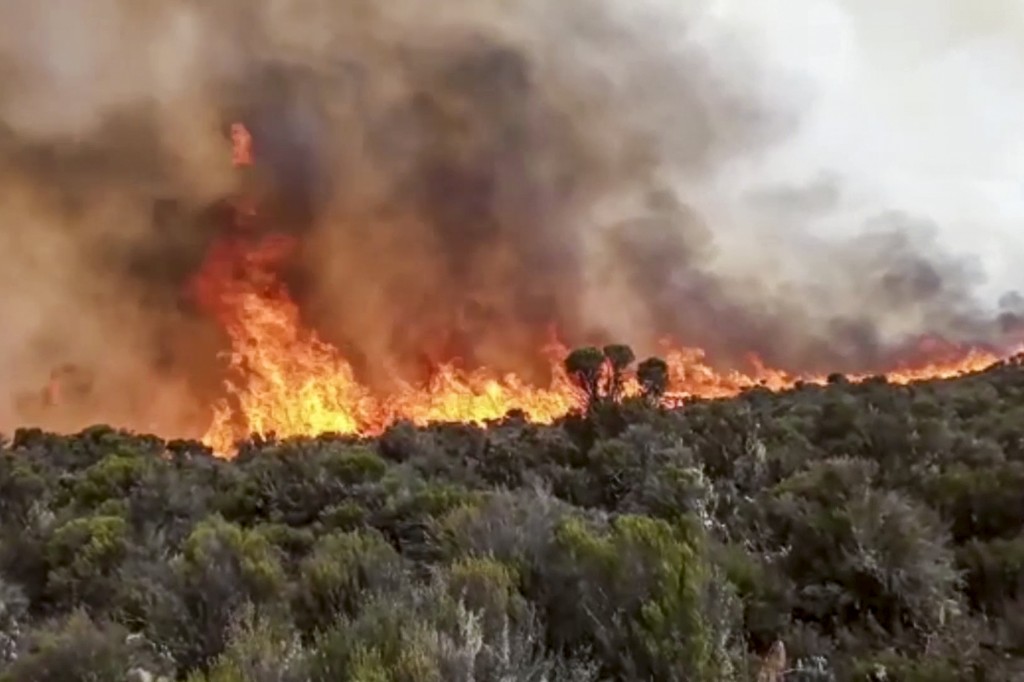 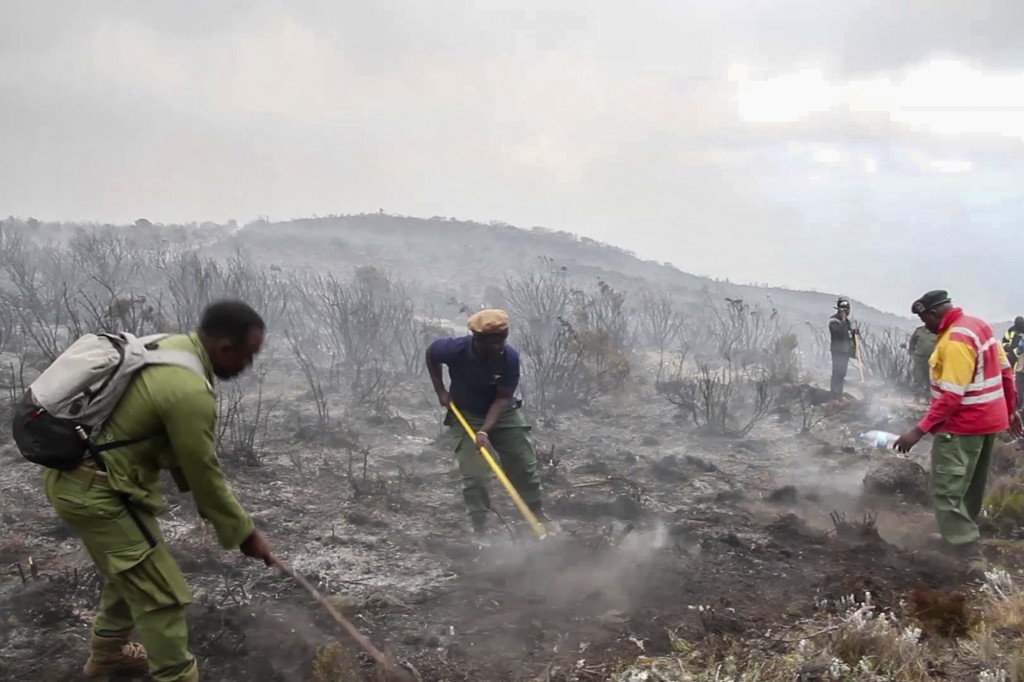 Minister for Natural Resources and Tourism Hamisi Kigwangalla said on Twitter Thursday that he has asked for helicopters and planes with firefighting capabilities to help the more than 500 volunteers currently battling the flames on the slopes of Kilimanjaro National Park.

The fire has spread making it more difficult to control the blaze, Kigwangalla said.

“The challenge is the strong wind, the dry grassland and bush,” he said.

The fire has burned 28 square kilometers (11 square miles) of vegetation and is very active in an area known as Kifunika Hill, park officials said.

The firefighters made progress in controlling the blaze, but then strong winds reignited the fires Wednesday, causing huge flames that could be seen as far as 30 kilometers (18 miles) away in Moshi town, in northern Tanzania.

The fire started on Sunday afternoon in the Whona area, a tourist stopover for those climbing Mt. Kilimanjaro and using the Mandara and Horombo routes, he said. The cause is still unknown, he said.