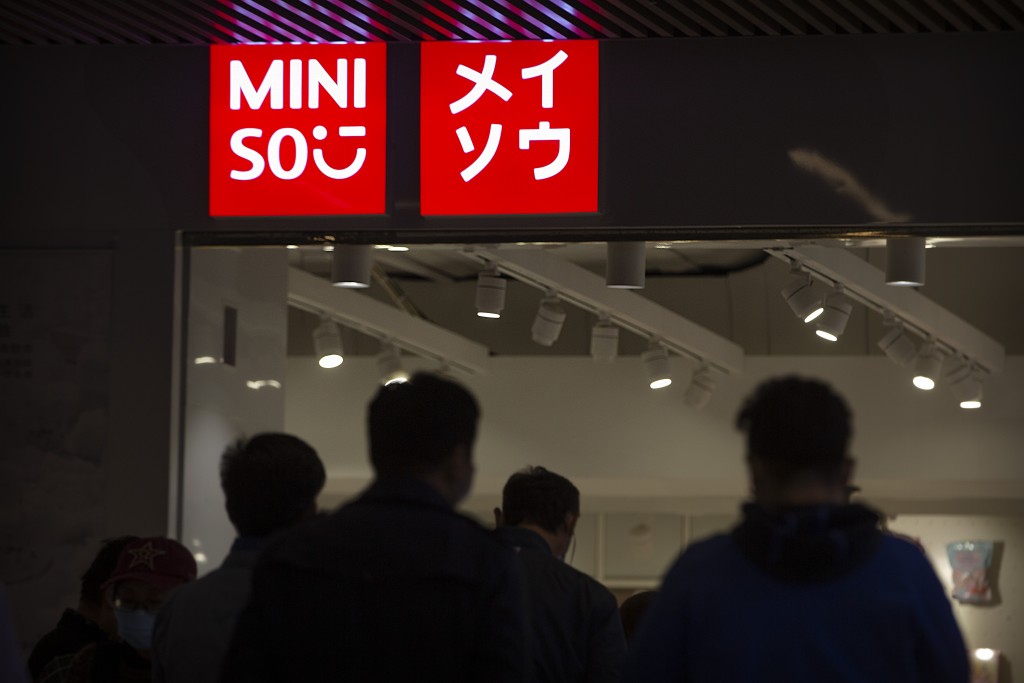 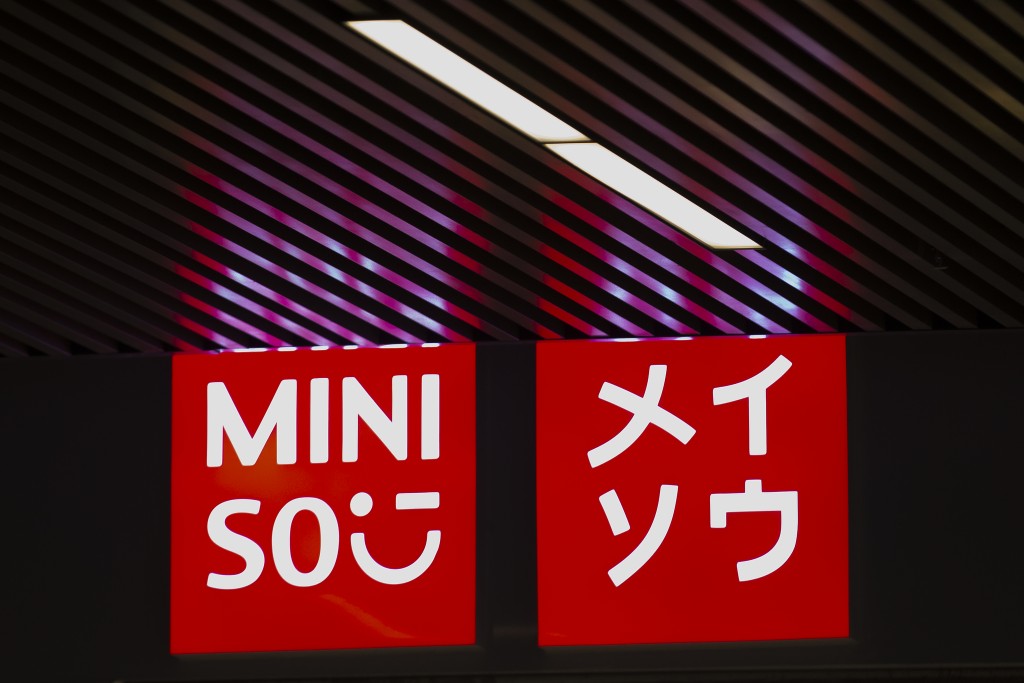 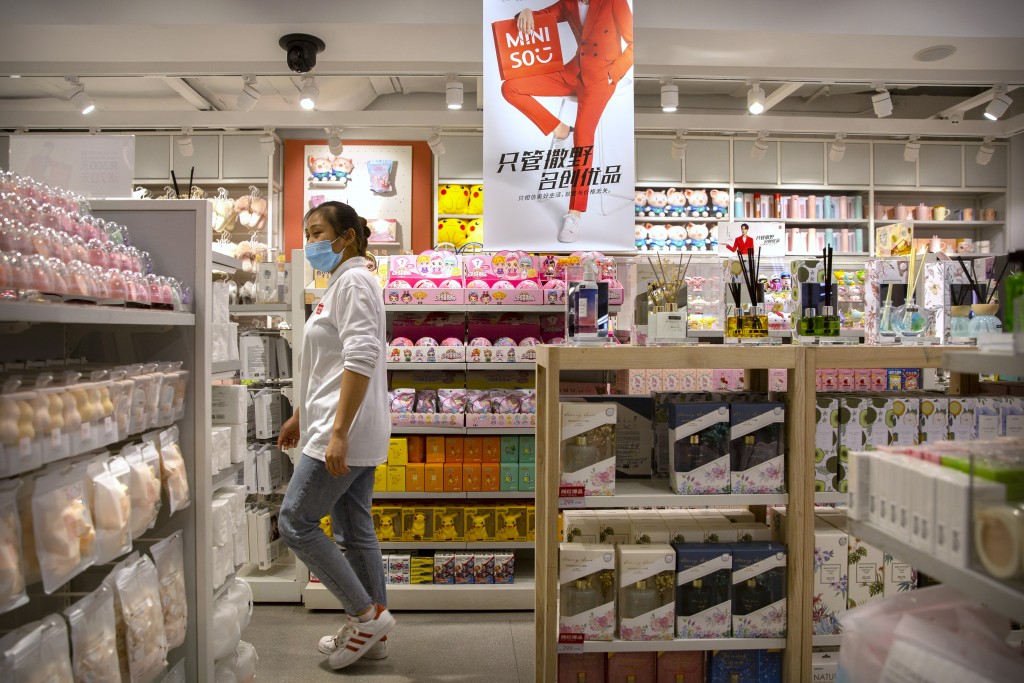 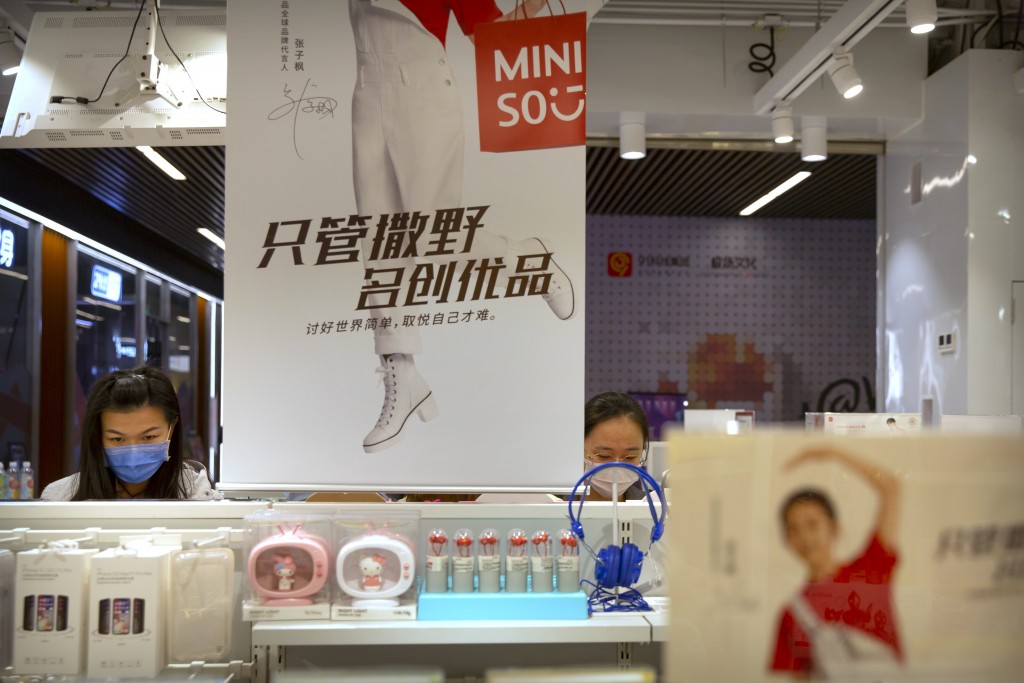 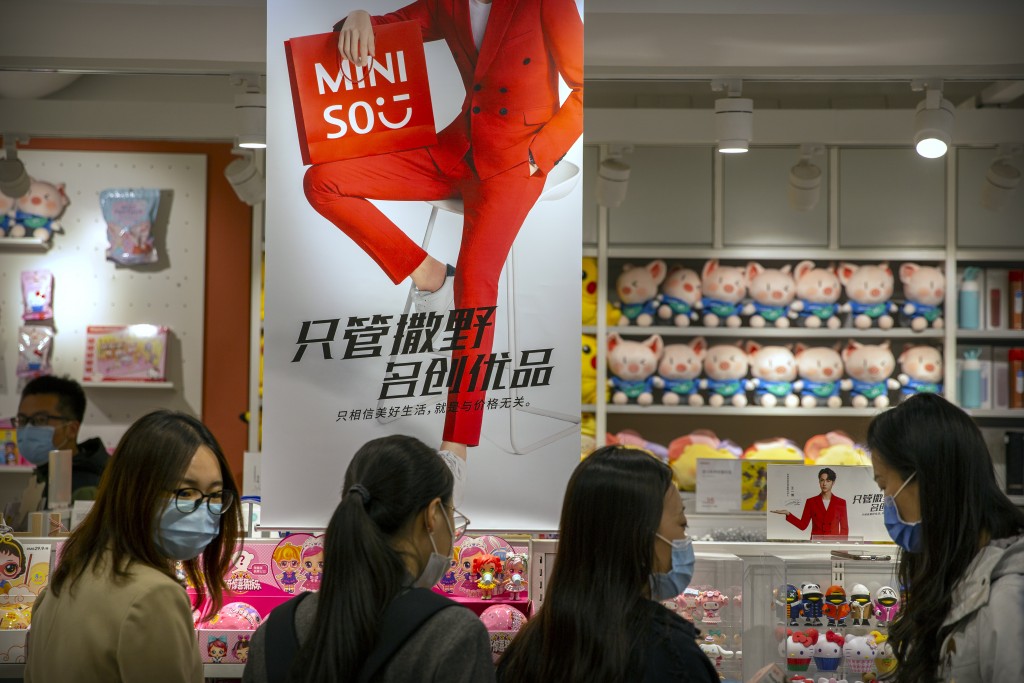 HONG KONG (AP) — Miniso, a Chinese discount retailer known for its fashionable but affordable household products, is expected to raise up to $562 million in a U.S. initial public offering in New York.

The Guangzhou-based retailer is the latest Chinese company to list in the U.S., amid tensions that have taken U.S.-China relations to their worst level in decades.

The U.S. market remains an attractive place to go public, despite the friction over trade and technology, with Chinese firms raising at least $7.5 billion in initial public offerings in the U.S. this year, according to data compiled by the U.S.-China Economic and Security Review Commission.

Miniso founder Ye Guofu, who owns an 80% stake in the company, is set to become a billionaire following the listing on Thursday in the U.S., with a net worth of about $4 billion. The IPO would also value Miniso at about $5.6 billion if shares are priced on the higher end of the estimate, which was pegged to be between $16.50 to $18.50 a share.

“We chose to list in the United States ... because many global companies list there,” Ye said in a phone interview on Thursday, ahead of the company going public on the New York Stock Exchange.

“We are aiming for continuous development of our business model and are not after short-term profit, and we hope the market will see this.”

Backed by Chinese gaming company Tencent Holdings, which also owns social media company WeChat, Miniso found success in brick-and-mortar retailing by modeling itself after Japan’s 100-yen stores, which sell a variety of products at about $1 each. The company has over 3,000 stores globally, more than 60% of them in mainland China.

Miniso stores typically sell a range of goods, from cosmetics to small household appliances, mostly crafted by an in-house team of designers. The company positions itself as a retailer that sells high-quality products at an affordable price – shoppers can pick up waterproof eyeliner for as little as $1.50, perfume for $3, or a pair of sunglasses for less than $8.

It also partners with brands to sell products with intellectual property licensed from Disney or Marvel, offering various items such as wallets, bags and toys featuring Marvel superhero characters and Mickey Mouse.

Ye was inspired to start Miniso in 2013, after he travelled to Japan with this family and was impressed by the Japanese design aesthetic.

“I realized that there are many lifestyle specialty stores in Japan selling household products and home furnishings, and we didn't have such stores in China,” Ye said.

Ye wanted to harness China's manufacturing prowess and meld it with good design, to offer quality products at attractive prices to consumers.

Miniso entered the offline retail scene at a time when e-commerce was winning market share. Ye said he decided to take the brick-and-mortar route because he was more familiar with the industry, having had retail experience for over a decade prior to founding Miniso.

“For the products that we offer, it is more suited to an offline shopping experience as consumers can touch the products and get a feel of them, it is an experience that you cannot get online," he said.

Although the company will still focus on offline retail, Miniso has previously launched some of its products on Chinese e-commerce platforms like Taobao and JD.com. Ye said that they will not exclude e-commerce as a sales channel in the future.

Miniso stores became popular among consumers because they have raised the bar for design and quality, while maintaining a commitment to competitive prices, said Michael Norris, a research and strategy manager at Shanghai-based AgencyChina.

“They’ve been a trailblazer in reimagining discount retail,” he said. “An offline-first approach works for Miniso because it debuts new products almost every week, so every time shoppers browse the store they will see something different.”

“That level of discovery and serendipity is difficult for online-only retailers to match,” Norris said.

Like many other retailers, Miniso's business has suffered during the coronavirus pandemic. Stores in China were closed for about two months between January and March, and the company reported a 4% decline in revenue to about 9 billion yuan ($1.3 billion).

Its global network of stores, both self-operated and franchised, also weathered temporary closures between April and June this year, impacting the company’s sales to overseas distributors, according to the Miniso prospectus.

With the funds raised from the IPO, Miniso plans to expand its network of stores and invest in warehousing and logistics, as well as technology and information systems.