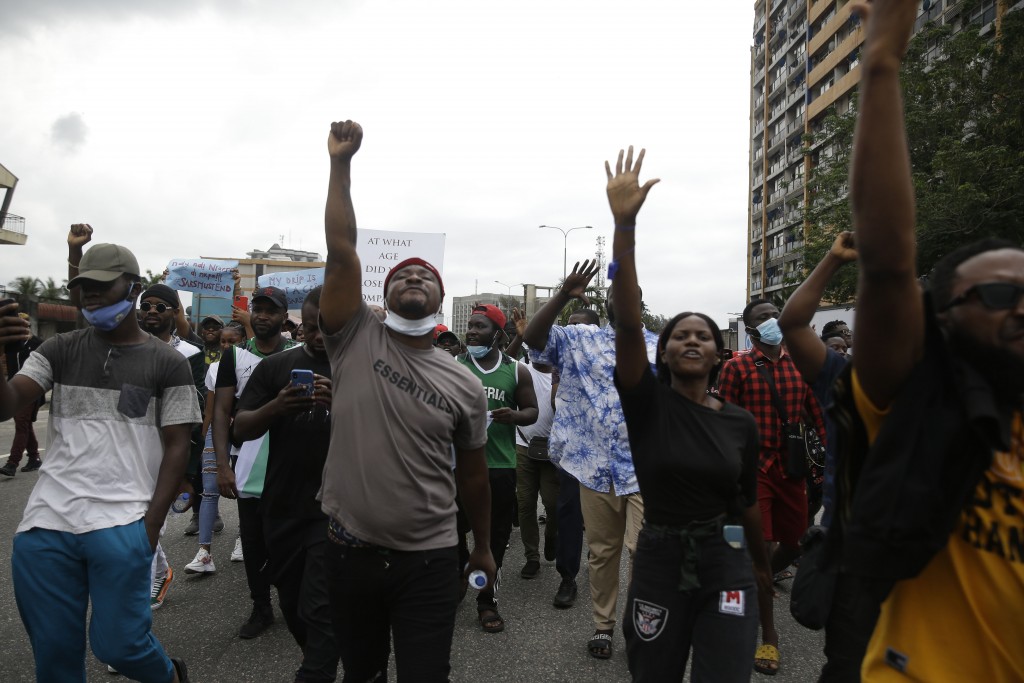 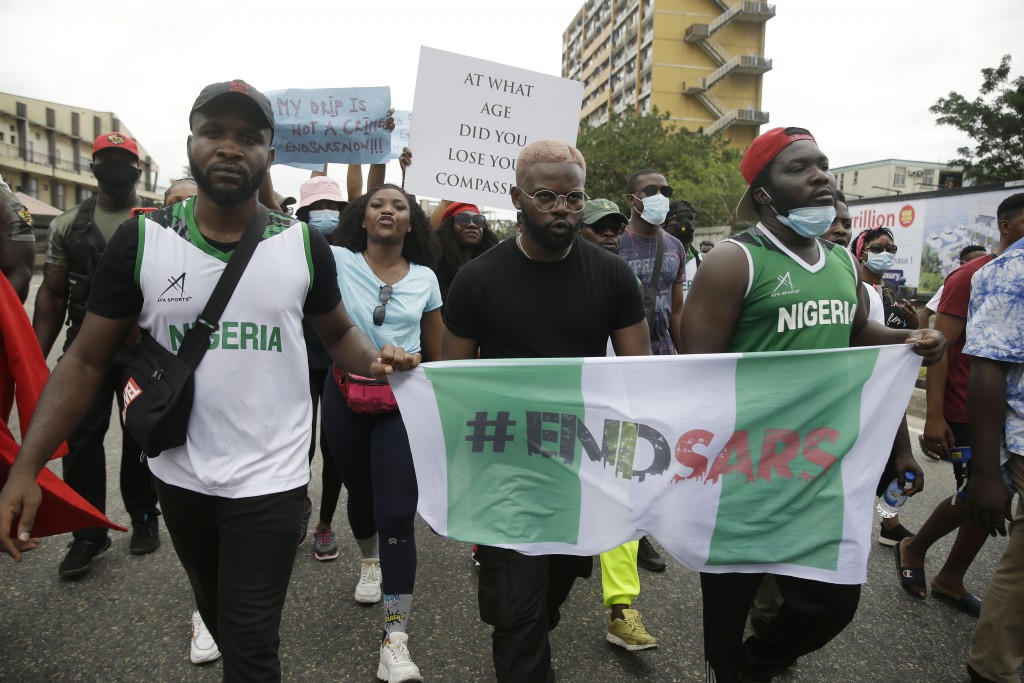 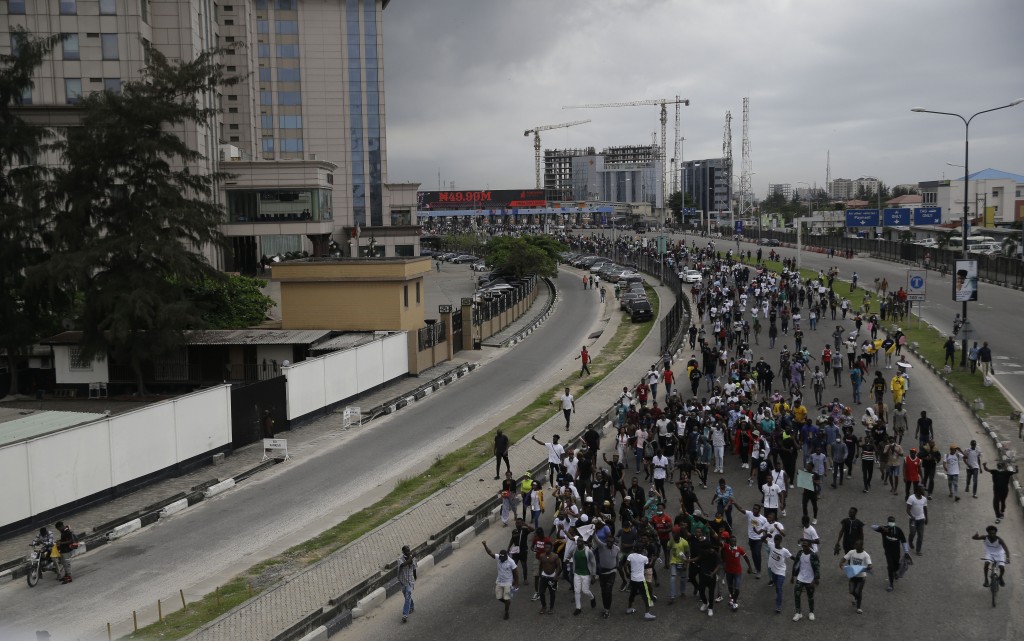 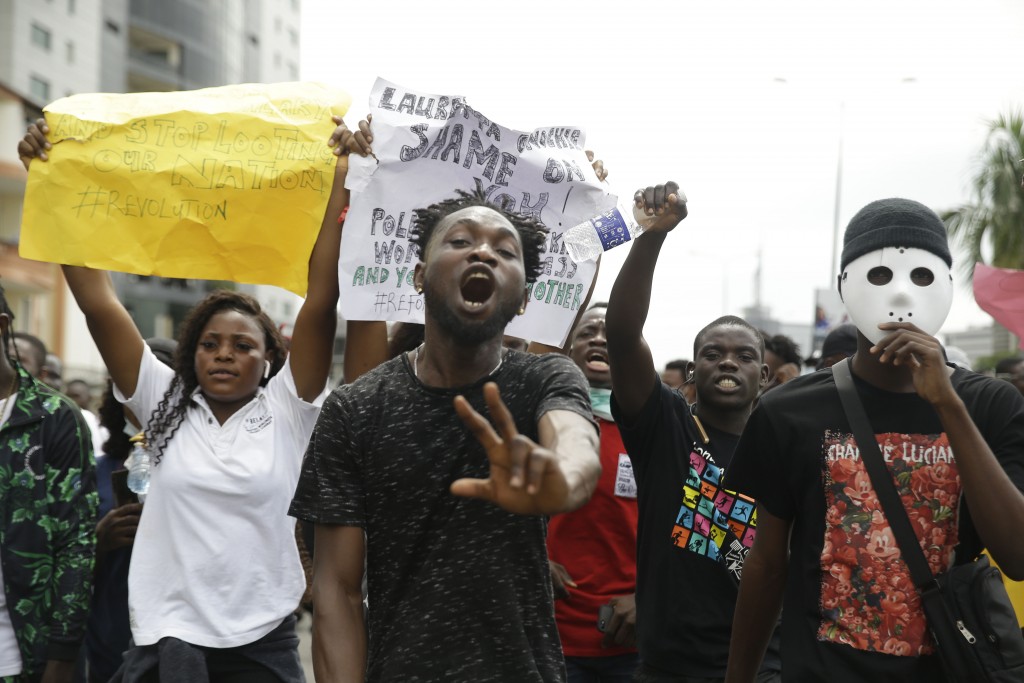 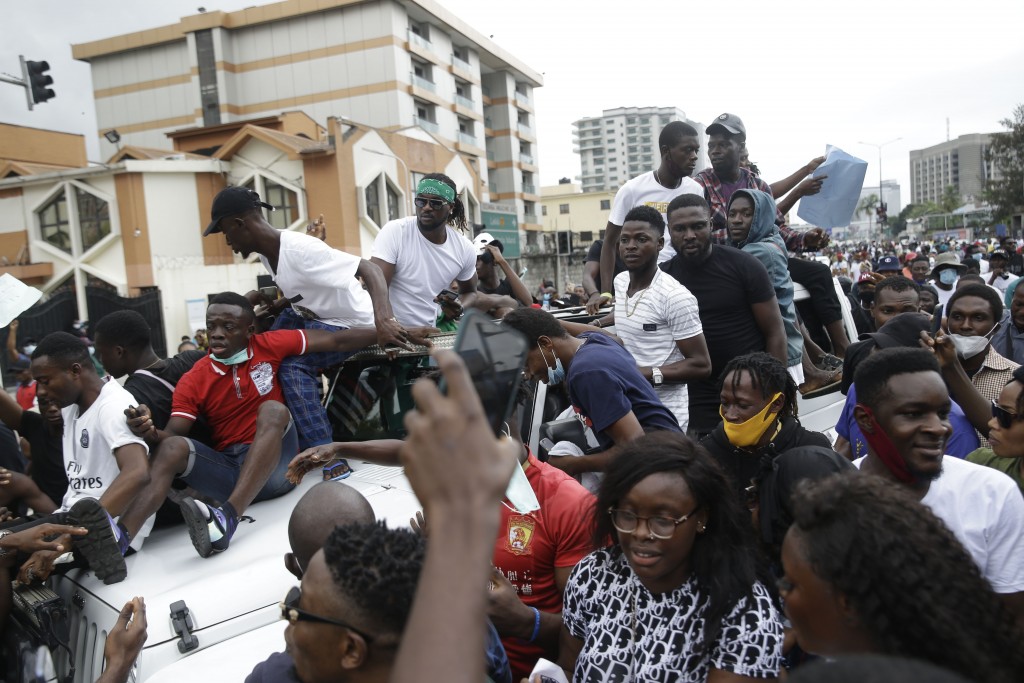 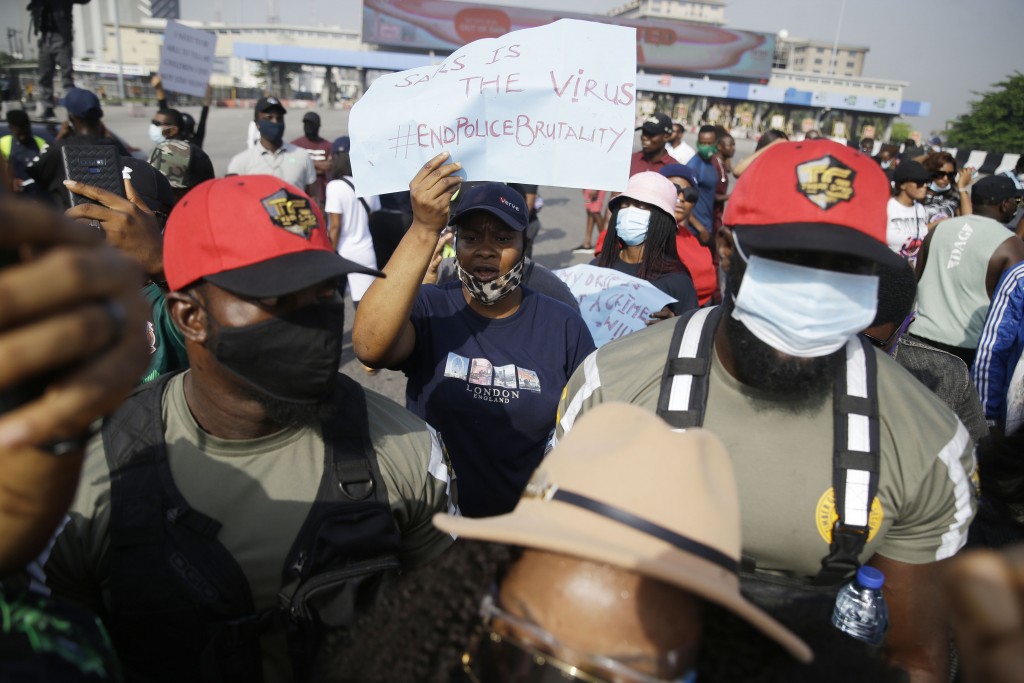 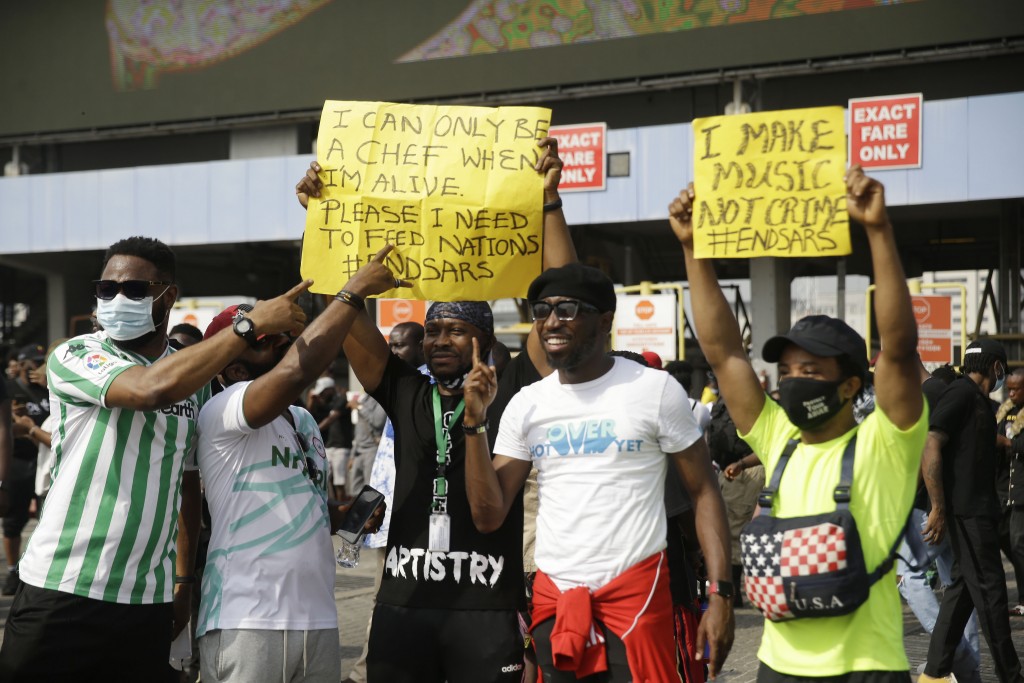 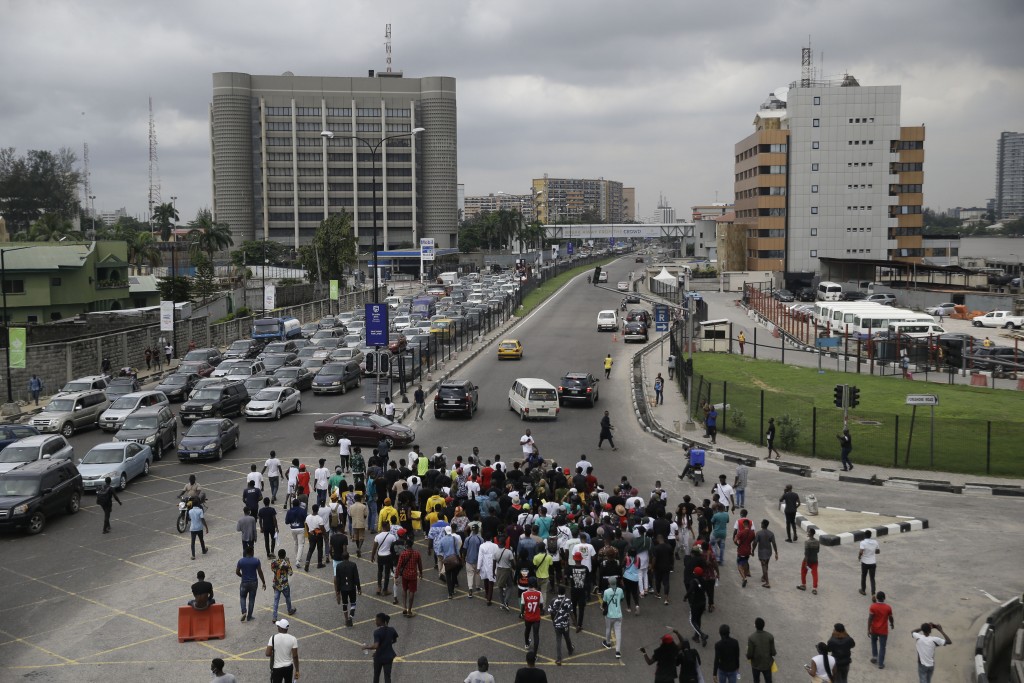 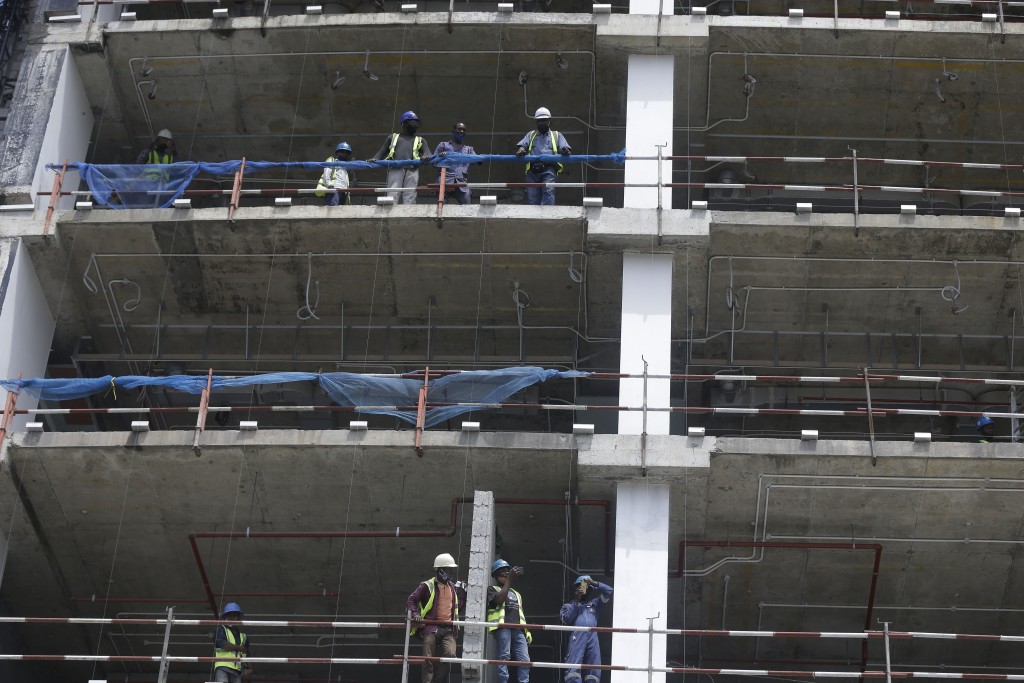 LAGOS, Nigeria (AP) — Protests against Nigeria's police continued to rock the country for the eighth straight day Thursday as demonstrators marched through the streets of major cities, blocking traffic and disrupting business.

At least 10 people have been killed and hundreds injured, according to Amnesty International, which accuses the police of using excessive force against the protesters.

Youthful demonstrators are leading the nationwide protests demanding an end to police brutality including extrajudicial killings, and extortion. The protests have erupted across Nigeria, Africa's most populous nation with more than 196 million people. The demonstrations have hit the largest city, Lagos, the capital, Abuja, and other cities including Port Harcourt, Calabar, Asaba, and Uyo.

In response, the Nigerian government announced it would disband a police unit known as the Special Anti-Robbery Squad, or SARS, that was implicated in a video that showed a beating which was widely viewed online.

But the closure of the police unit has not satisfied the protesters who say they want to see an end to all police brutality, an end to corruption, and respect for human rights. Their demands include the release of all arrested protesters, justice for victims of police brutality and compensation for the victims and their families, as well as prosecution of those suspected to be responsible.

“These protesters have been met with violence and excessive use of force. ... Nigerians are skeptical of authorities’ pledge to end police atrocities because the past claims of reforming SARS have turned out to be empty words,” Osai Ojigho, director of Amnesty International Nigeria, said in a statement issued Thursday.

“That police are still using excessive force on peaceful protesters, leading to injuries and deaths in Lagos, Ughelli, Abuja and Ogbomosho, throws through the window claims of any commitment to ending violations of human rights by Nigeria police," said Ojigho.

Festus Keyamo, Nigeria's labor minister, said the man shown being beaten in the video that has sparked the demonstrations did not die as was initially reported and has been discharged from hospital.