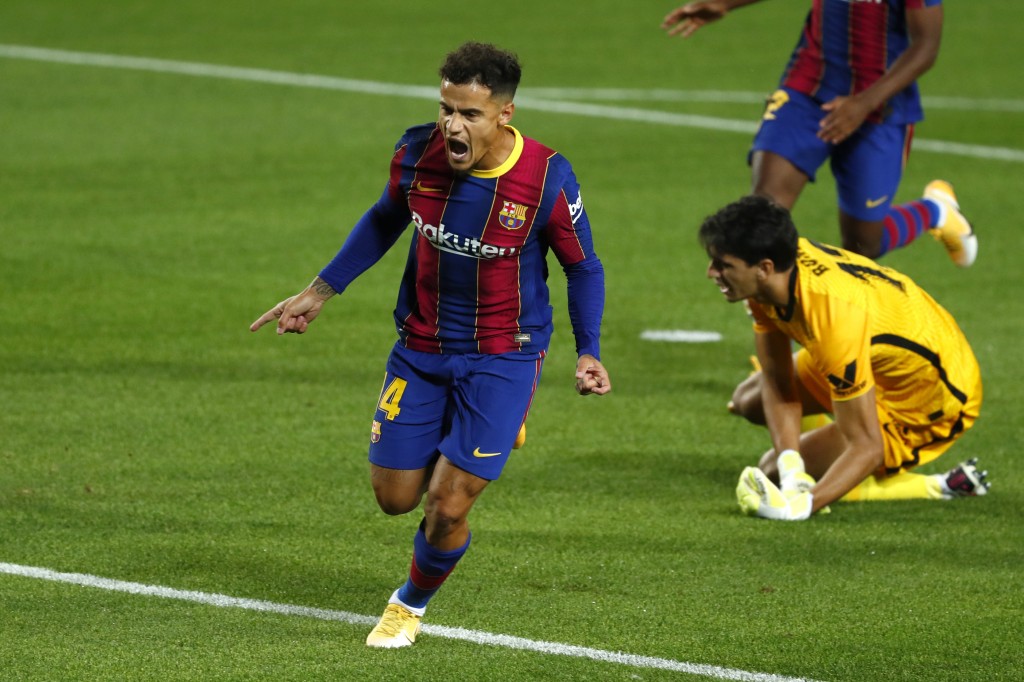 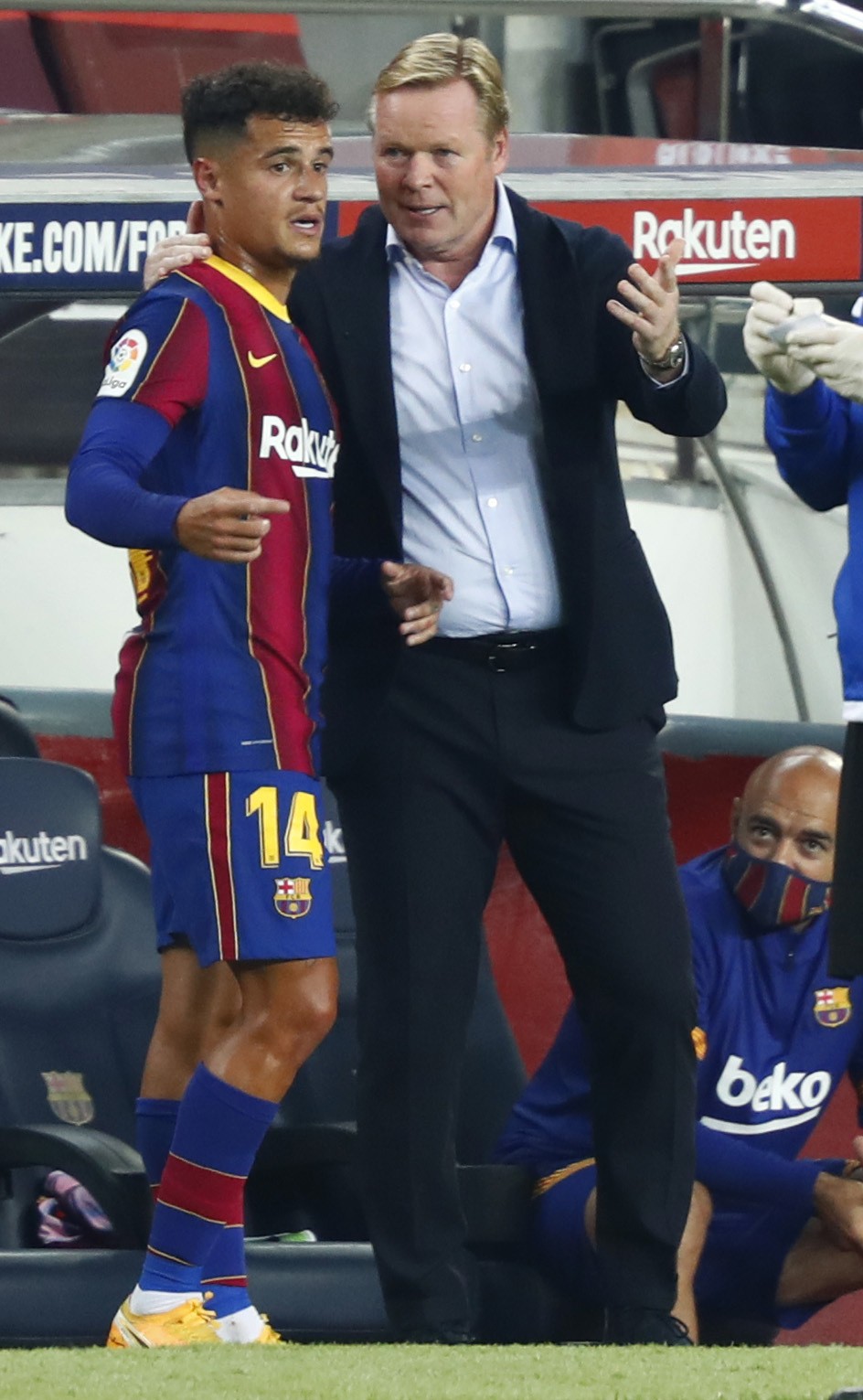 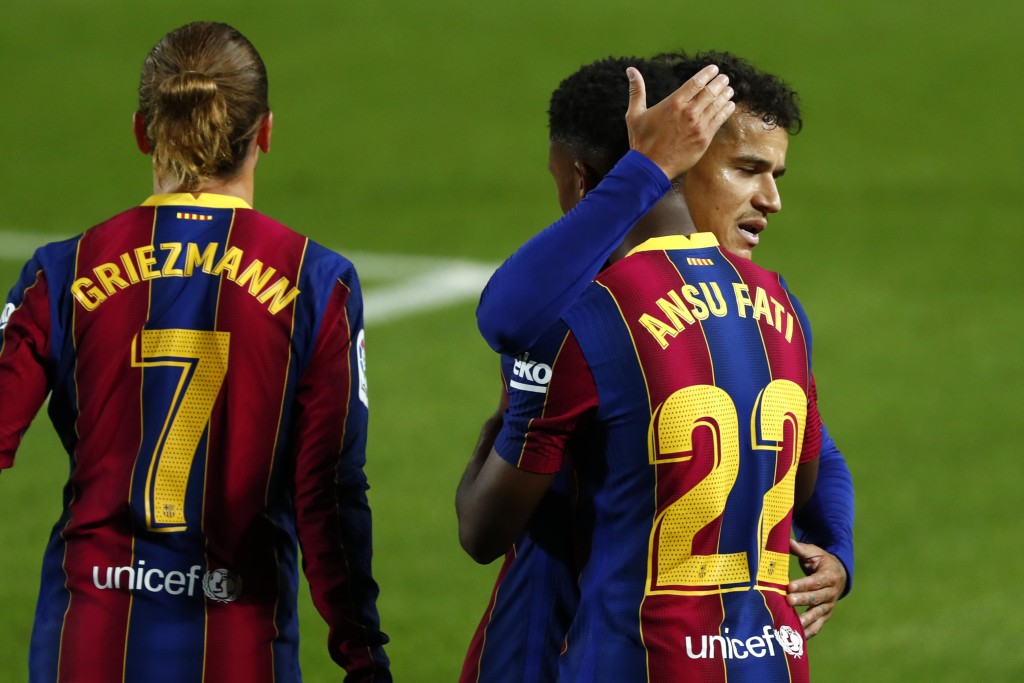 Coutinho has been through plenty since joining Barcelona from Liverpool in January 2018, burdened by the responsibility that went with his club-record club transfer. Besides his price tag of 160 million euros (then $192 million), he had also been tasked to replace the irreplaceable Andrés Iniesta.

After a season-and-a-half of failing to meet the huge expectations placed upon him, his relationship with Barcelona hit a low point when he seemed to taunt the team's fans by plugging his fingers in his ears after scoring his finest goal with the team in a 3-0 win over Manchester United. Many were offended by his gesture, which they took to mean he was fed up with criticism.

Hoping that a temporary move would be good for the player, and possibly the club’s chances to eventually sell him, Barcelona loaned Coutinho to Bayern in 2019. At that point, it would have been difficult to imagine that in the last game of Barcelona’s season it would be Coutinho who scored two goals against the club that owned his rights.

Those goals capped Bayern’s eight-goal rout of Barcelona in the Champions League quarterfinals, assuring the club finished the season without a title for the first time in 12 seasons. While Barcelona went home broken, Bayern went on to win the European Cup.

His goals for Bayern, ironically, may have helped him regain his post in Barcelona. Incoming coach Ronald Koeman wanted Coutinho to come back and play, unlike a long list of players that the club sold or practically gave away to make way for new faces and reduce a heavy salary burden.

“Like any player, he needs the support and confidence of his coach, but this all starts with the player. He has demonstrated that he is a great player, and I am happy to have him with us,” Koeman said about Coutinho after he scored in a 1-1 draw with Sevilla two weeks ago.

Coutinho has proven to be a key piece in Koeman’s new-look Barcelona. The Dutch coach has moved on from the classic 4-3-3 of Barcelona and shifted to a 4-2-3-1 with Coutinho acting as the central playmaker behind Lionel Messi as striker. With Ansu Fati on his left, Antoine Griezmann on his right, and Frenkie de Jong and Sergio Busquets defending his back, Coutinho has a full range of passing options and orders to go forward.

Perhaps, too, it helped that with the COVID-19 crisis there are no fans in the stadiums to judge his every pass and dribble.

Gone was the player who looked uncertain and appeared to shrink from the action during long stretches of his first stint with Barcelona. Coutinho now seems to be in his ideal position, as the assists and goals have shown so far. He set up Fati to score two goals in a 4-0 win over Villarreal to open the season and in a 3-0 win at Celta Vigo.

Coutinho then scored his first goal since returning to the team against Sevilla before a break for international matches, where he played well for Brazil in two World Cup qualifying wins.

Back from the national team, Coutinho will again likely be back in the heart of Barcelona’s attack when it visits Getafe on Saturday. Known for its physical defending, Getafe is undefeated in two home games and has kept clean sheets in three of the four games it has played.

When asked about his transformation, Coutinho focused on what he considered the basics.

“I am motivated to work hard and do things well, to achieve important things for this club," Coutinho said after his goal against Sevilla. "That is what counts.”