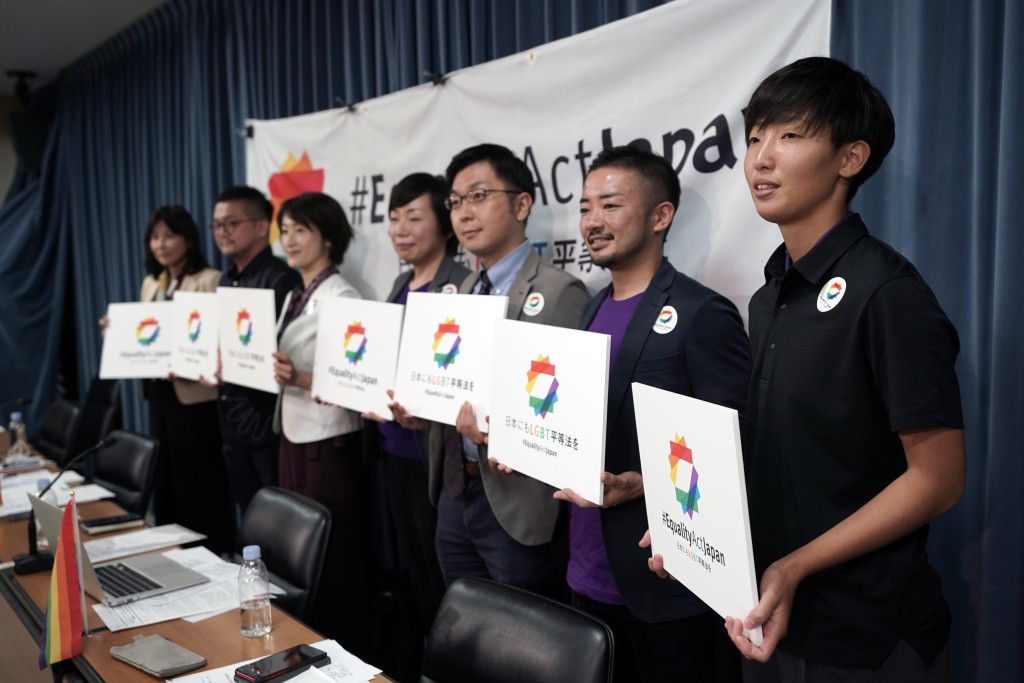 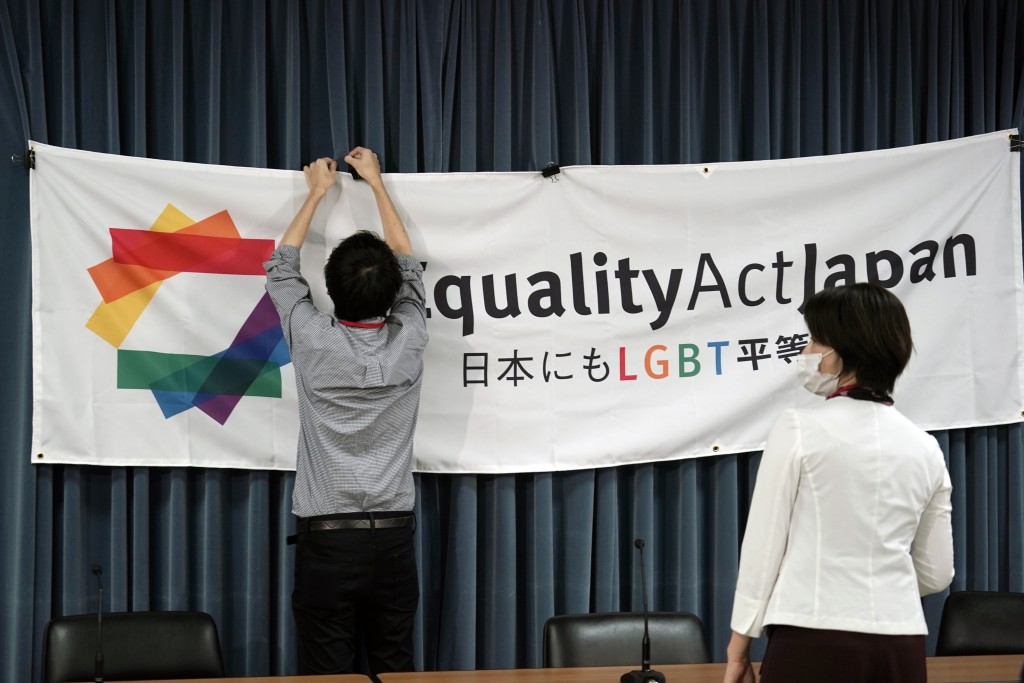 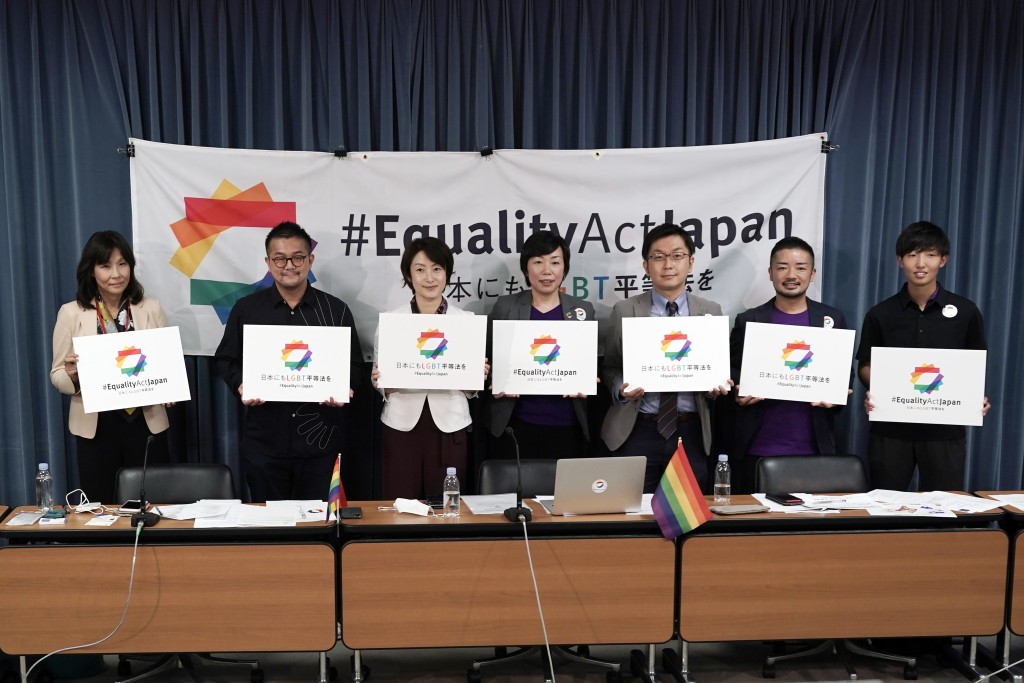 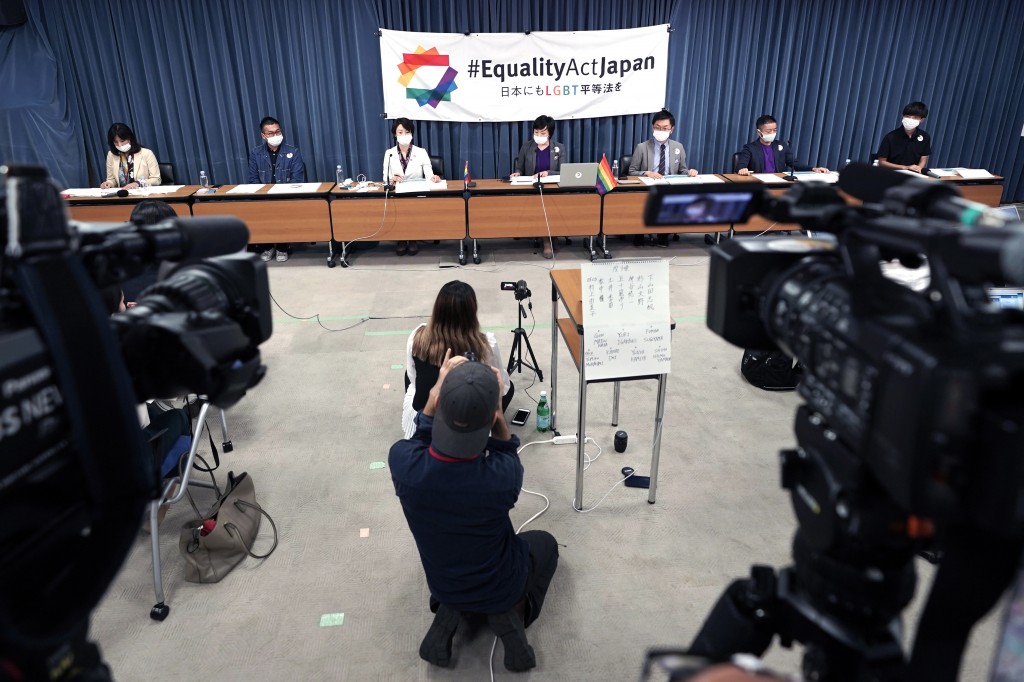 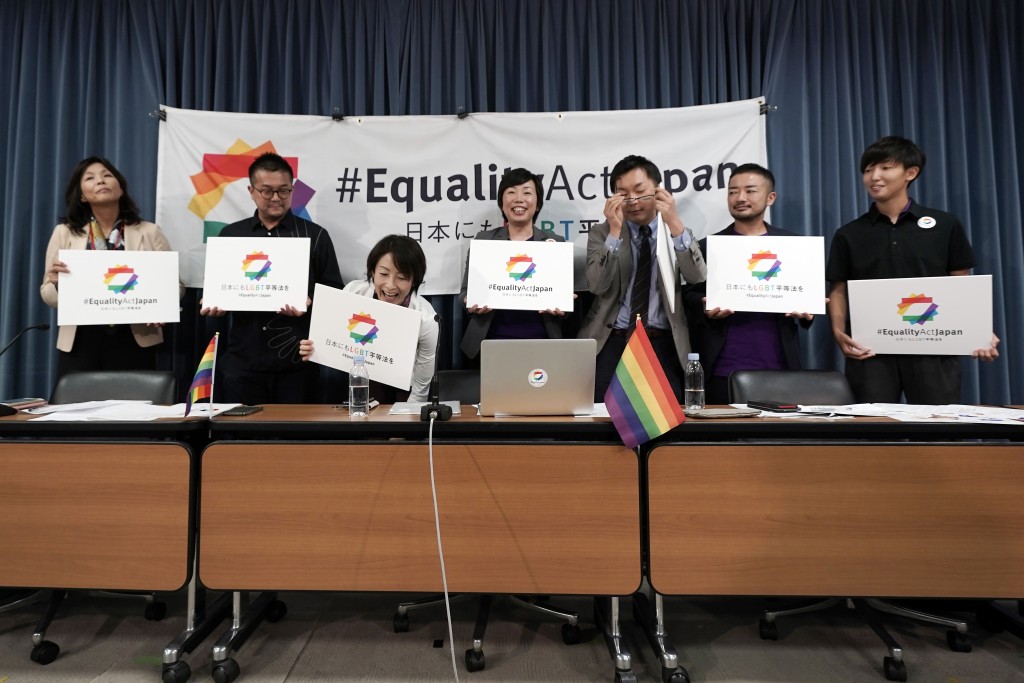 TOKYO (AP) — Sexual minority groups and human rights activists launched a petition on Thursday calling for an LGBT equality law in Japan in hopes that it can be enacted next year, when the country is to host the Olympics and will be the focus of international attention.

“In this country, equal rights for LGBT people are not guaranteed by law or in their social lives," said Yuri Igarashi, co-representative of the Japan Alliance for LGBT Legislation, one of several organizers of the petition. “We call for the passage of an LGBT equality law in time for the Tokyo games, and as an Olympic legacy.”

Japan has slowly shown an increased awareness of sexual diversity but it is often superficial. Pressure to conform still forces many lesbian, gay, bisexual and transgender people to hide their sexual identities, even from their families.

Same-sex marriage is not legally allowed, and transgender people are required to remove their reproductive organs to have sex changes reflected in official documents — a requirement that international medical experts and human rights groups criticize as inhumane.

Fumino Sugiyama, a transgender activist and former Olympian in women's fencing, joined a news conference announcing the start of the petition. He said he was unable to disclose his sexual identity when he was competing about 15 years ago because of fear of discrimination.

Last year, Shiho Shimoyamada, a soccer player for the Japanese women's football club Sfida Setagaya, disclosed that she has a same-sex partner, becoming the first prominent Japanese athlete to do so.

“In sports, you often have to hide who you really are, and in this environment you can't really feel safe and enjoy sports," Shimoyamada said Thursday, referring to bullying and harassment targeted at sexual minorities. “I have high expectations that an equality law can create an environment where people can speak up when they face discrimination.”

Japan ranks among the lowest among OECD countries in LGBT equality, and does not even have a population estimate for sexual minorities, according to Yumiko Murakami, head of the OECD Tokyo Center.

Representatives of the groups sponsoring the petition said they plan to submit it to national lawmakers for parliamentary discussion and enactment next year.