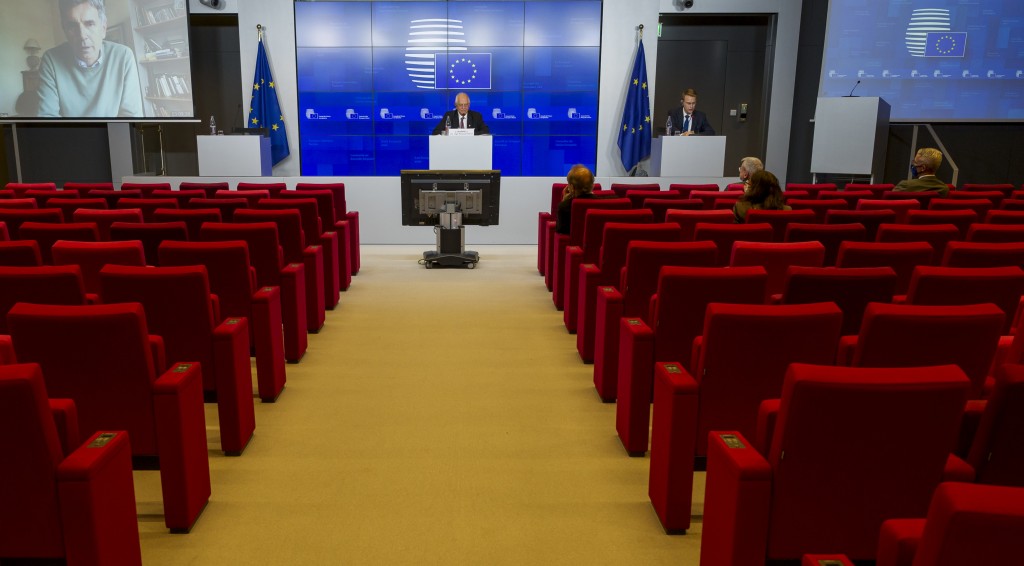 The European Union on Thursday imposed sanctions on six Russian officials and one organization over the poisoning of Russian opposition leader Alexei Navlany with a Soviet-era nerve agent.

The move came a day after Russia’s foreign minister warned that Moscow might respond with similar measures.