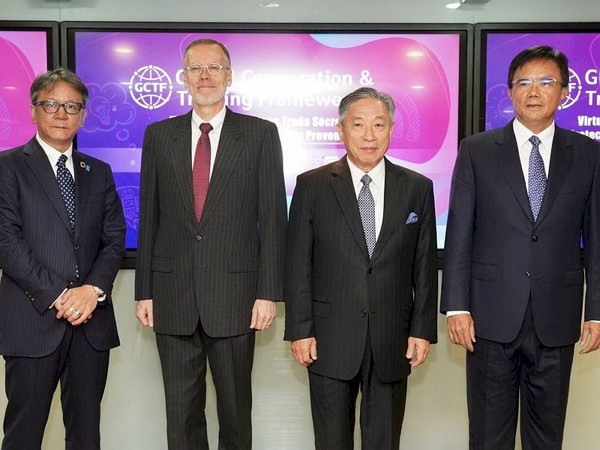 TAIPEI (Taiwan News) — A forum co-hosted by Taiwan, the U.S., and Japan and focused on strengthening intellectual property protection in the Indo-Pacific opened in Taipei on Thursday (Oct. 15).

As part of the Global Cooperation and Training Framework (GCTF) launched by Taiwan and the U.S. in 2015, the forum invited over 180 law enforcement officials and scholars from 19 Indo-Pacific nations to share information on how to foster digital security in the region. Australia, Palau, and Tuvalu are among the countries participating in the event.

During a press conference, Douglas Hsu (徐佑典), director of North American Affairs under the Ministry of Foreign Affairs (MOFA), pointed out that the two-day forum will include both virtual and face-to-face meetings. He also mentioned that the event is promoting the protection of trade secrets and intellectual property rights (IPR) in the global economy, reported CNA.

During his opening speech at the forum, American Institute in Taiwan (AIT) Director Brent Christensen emphasized the importance of the "Four Is": the virtuous circle of interaction, IPR protection, investment, and innovation. He said that they are the determining factors for maintaining competitiveness in the global modern economy.

Meanwhile, Taiwan's Deputy Foreign Minister Tien Chung-kwang (田中光) stated that intellectual property is at the core of any country's economic growth, especially in the era of 5G and digital transformation. He urged members of the global community to jointly combat the theft of trade secrets as well as digital infringement, reported Radio Taiwan International.