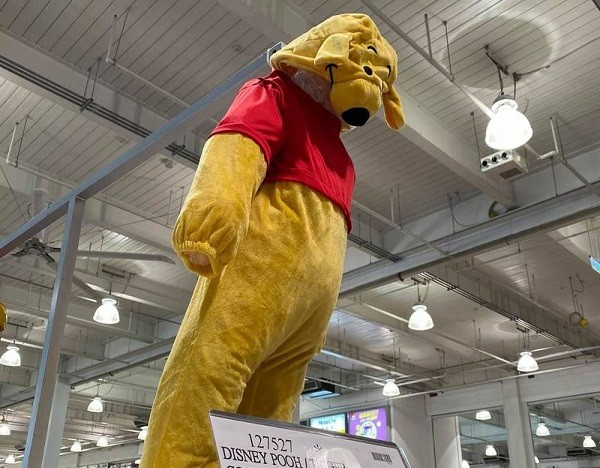 TAIPEI (Taiwan News) — Taiwanese netizens on Tuesday (Oct. 13) got a good belly laugh from a photo of a Winnie the Pooh Halloween costume for toddlers spotted at a Costco in Taipei.

On Tuesday, a member of the Facebook group Costco好市多 商品經驗老實說 (Speaking honestly about Costco product experiences), posted an image of a Winnie the Pooh outfit at a Costco in Taipei's Beitou District. Although the angle of the image makes the costume appear like it was made for giants, it was actually designed for toddlers aged 2 to 3.

In the photo, the shriveled head of Pooh appears to droop downward in dejection or following execution by hanging. In the caption above, the photographer wrote, "Sad Winnie... I'll take you home. For NT$297, I can buy you and take you back to wear as pajamas."

The price cited for the one-piece "Toddler cosplay costume," NT$297 (US$10.33), is actually a 50-percent discount off the original NT$569. Within 48 hours, the post gained 11,000 likes and 1,100 comments, the majority fixating on the fact that the anthropomorphic teddy bear is banned in China, as he has been used to mock Chinese Chairman Xi Jinping (習近平) due to the portly dictator's resemblance to the "tubby little cubby all stuffed with fluff."

Taiwanese netizens took the opportunity to make fun of the strict censorship of all things Pooh behind the Great Firewall of China:

"Winnie has been hung."

"This is truly a horror movie."

"I just assumed it was Xi Jin-ping being hung in effigy." 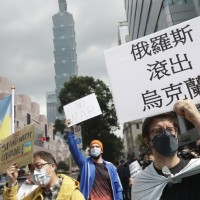