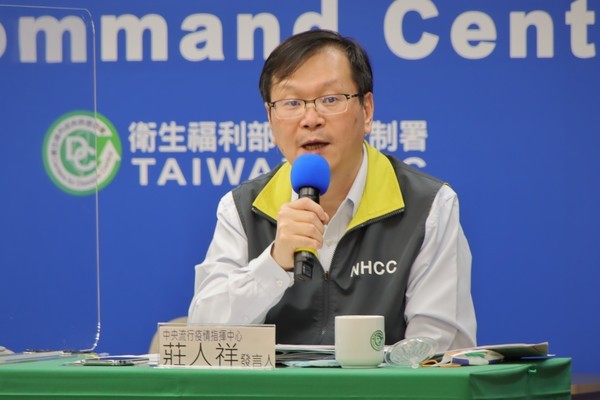 During a press conference on Thursday, CECC Spokesman Chuang Jen-hsiang (莊人祥) announced one imported coronavirus infection, raising the total number of cases in Taiwan to 531. Case No. 531 is a Filipino migrant worker in his 30s who arrived in Taiwan on Sept. 17 and has been asymptomatic so far.

Chuang said that the man had tested for the coronavirus three days prior to his flight to Taiwan and that the results had come back negative. In addition, tests administered upon his arrival in Taiwan on Sept. 17 and on the last day of his quarantine on Oct. 1 were also negative.

On Oct. 2, he took a special epidemic prevention bus to a hotel to begin self-health monitoring. On Oct. 12, his labor broker arranged for him to take another special bus to a hospital, where he was tested again at his own expense.

Because the test results showed a weak positive, he was placed in a hospital isolation ward that day. Out of caution, he was tested again for the virus on Oct. 13, and the results came back positive on Oct. 15, 13 days after his quarantine had officially ended and 28 days after he had arrived in Taiwan.

His CT value was 31, with a positive result for IgG antibodies and a negative result for IgM antibodies. The CECC pointed out that while he was undergoing self-health monitoring in his hotel room, he had never ventured out except to be tested at the hospital.

The health department has identified 10 persons who came in contact with the man, including the 9 passengers on the epidemic prevention bus and the driver. The passengers have been told to undergo home isolation, while the driver has been asked to start self-health monitoring.

The CECC on Thursday did not announce any new reports of people with suspected symptoms. Since the outbreak began, Taiwan has carried out 97,766 COVID-19 tests, with 96,604 coming back negative.

Out of the 531 confirmed cases, 439 were imported, 55 were local, 36 came from the Navy's "Goodwill Fleet," and one was the unresolved case of a Belgian engineer who arrived in early May to work on a wind farm project in Changhua County. Up until now, seven individuals have succumbed to the disease, while 491 have been released from hospital isolation, leaving 33 patients still undergoing treatment in Taiwan.