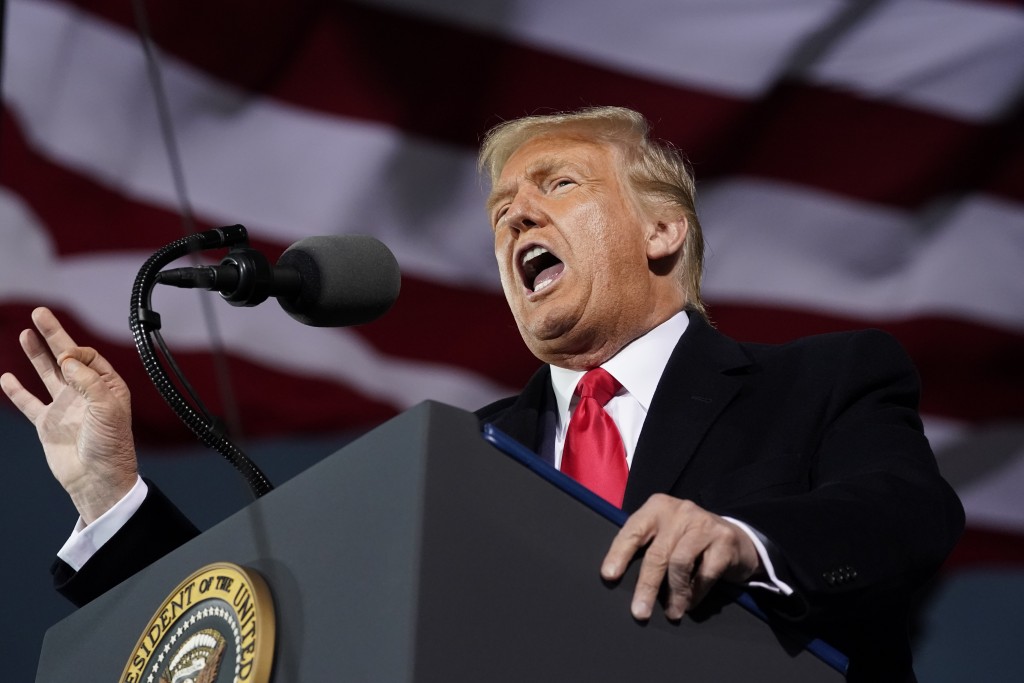 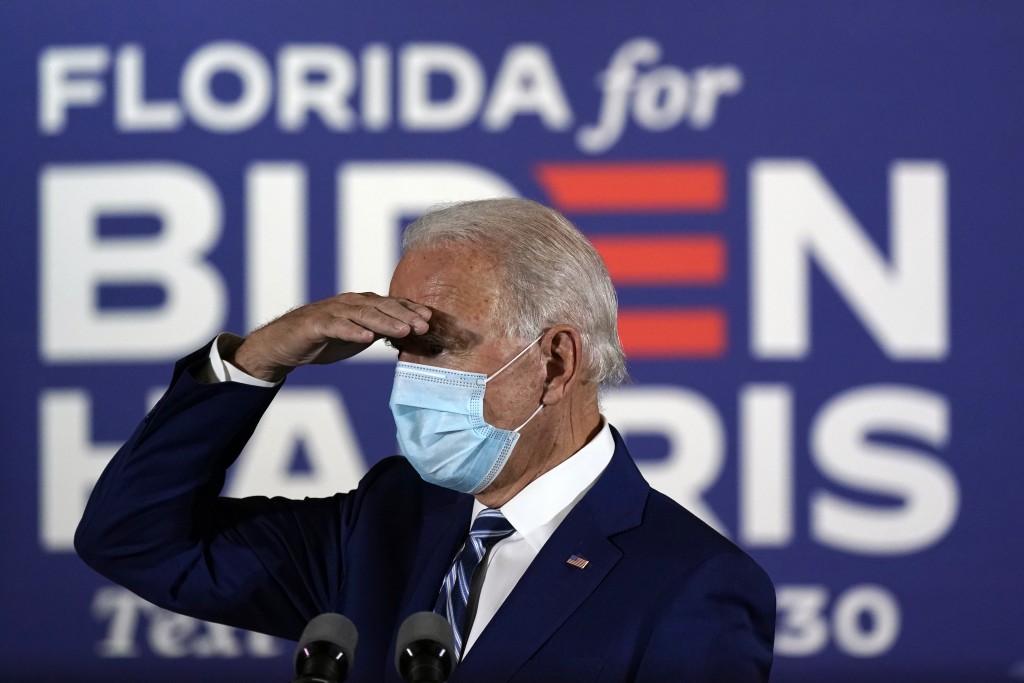 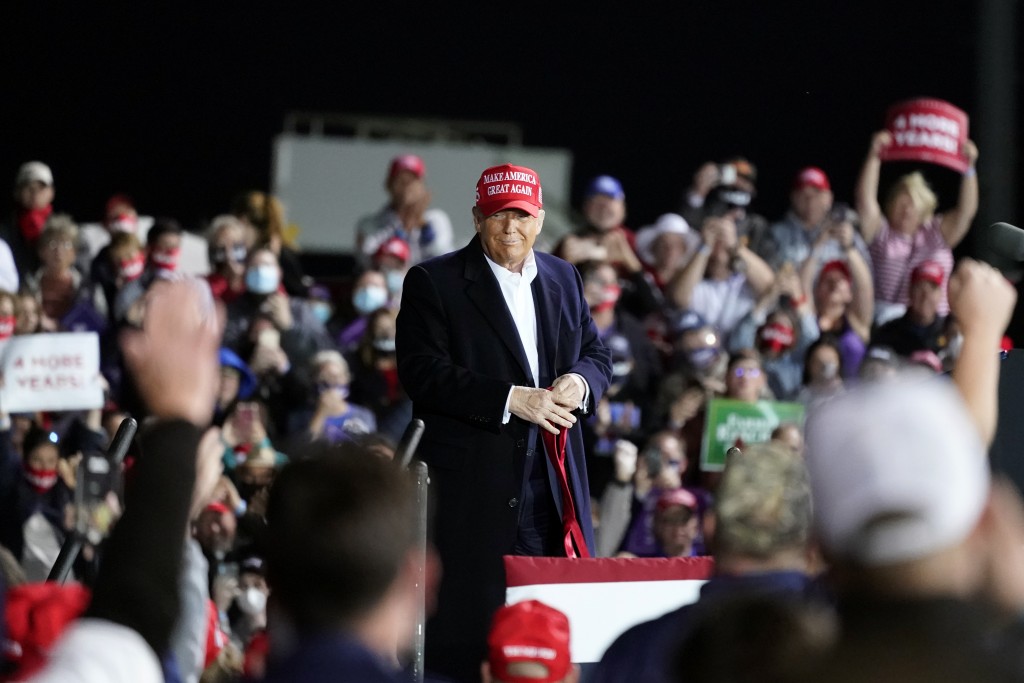 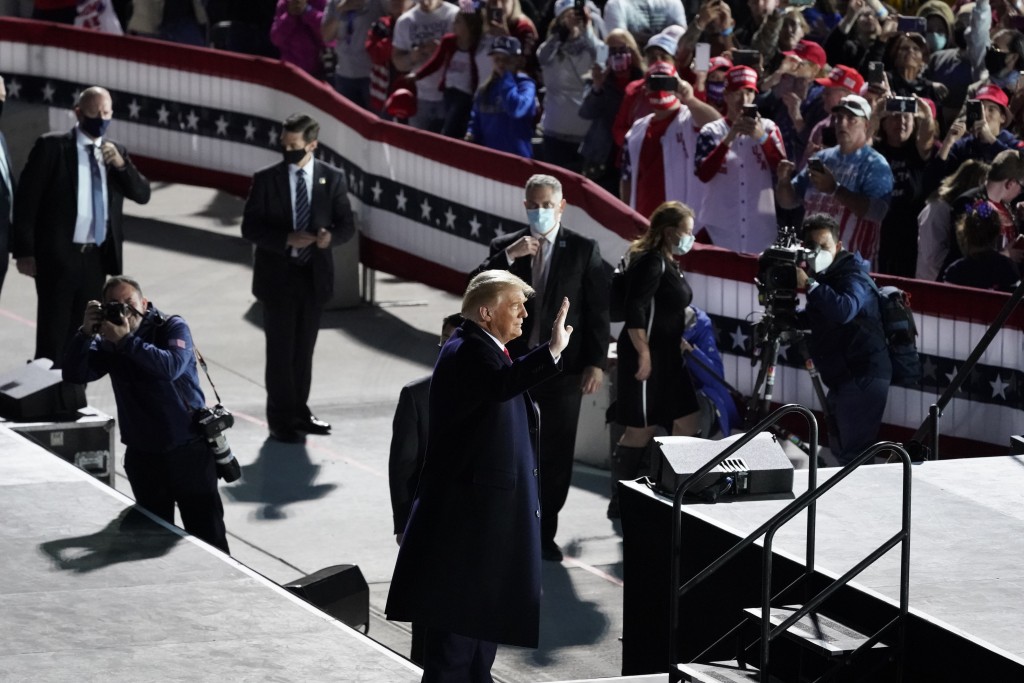 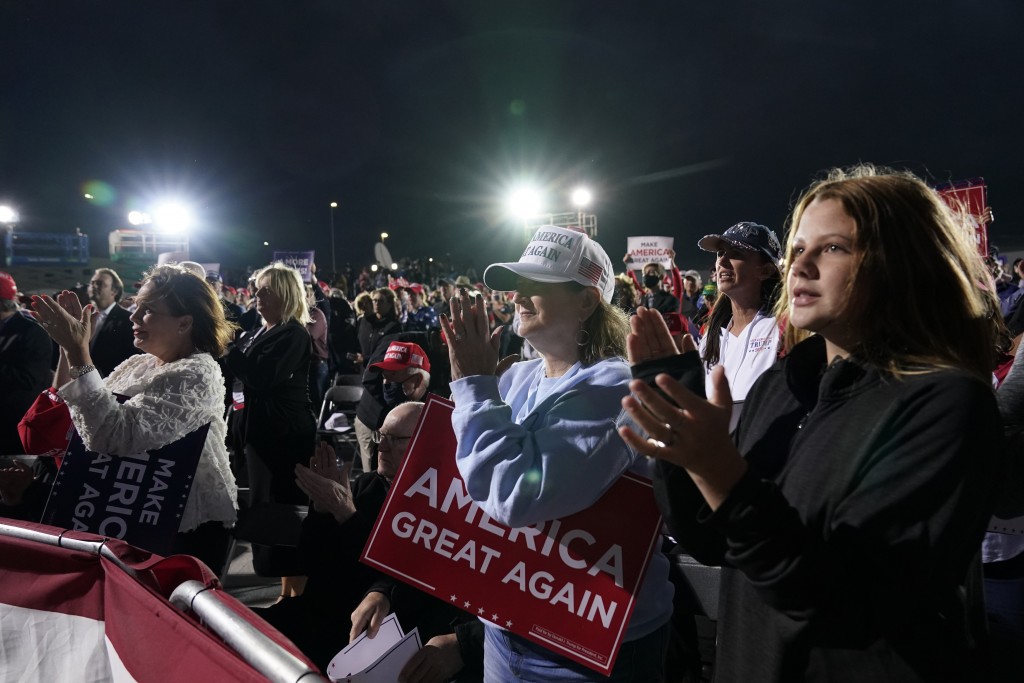 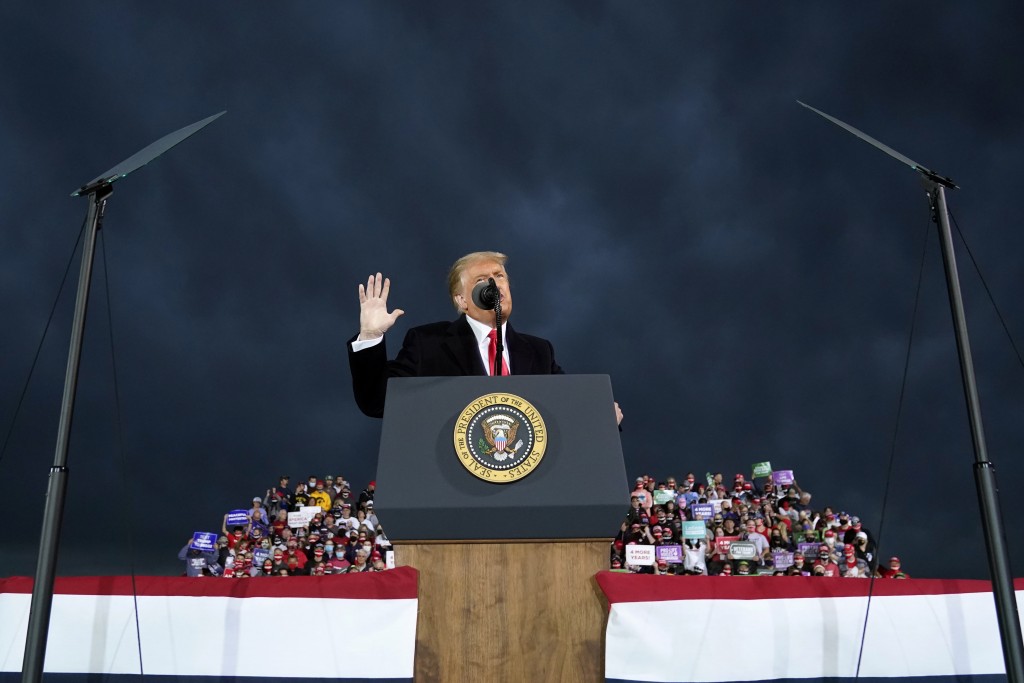 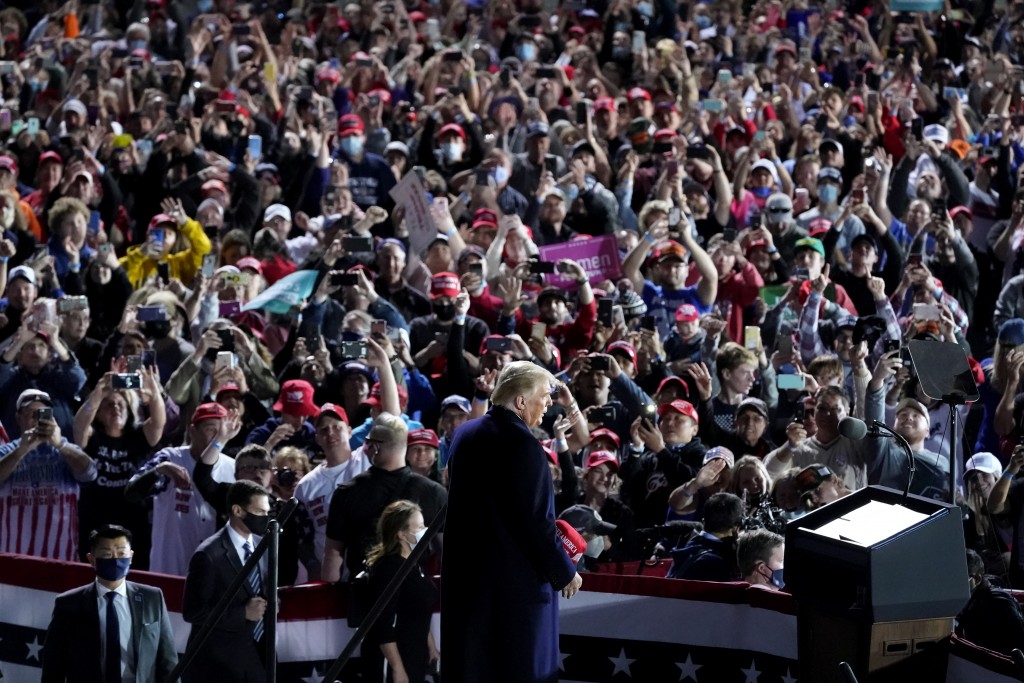 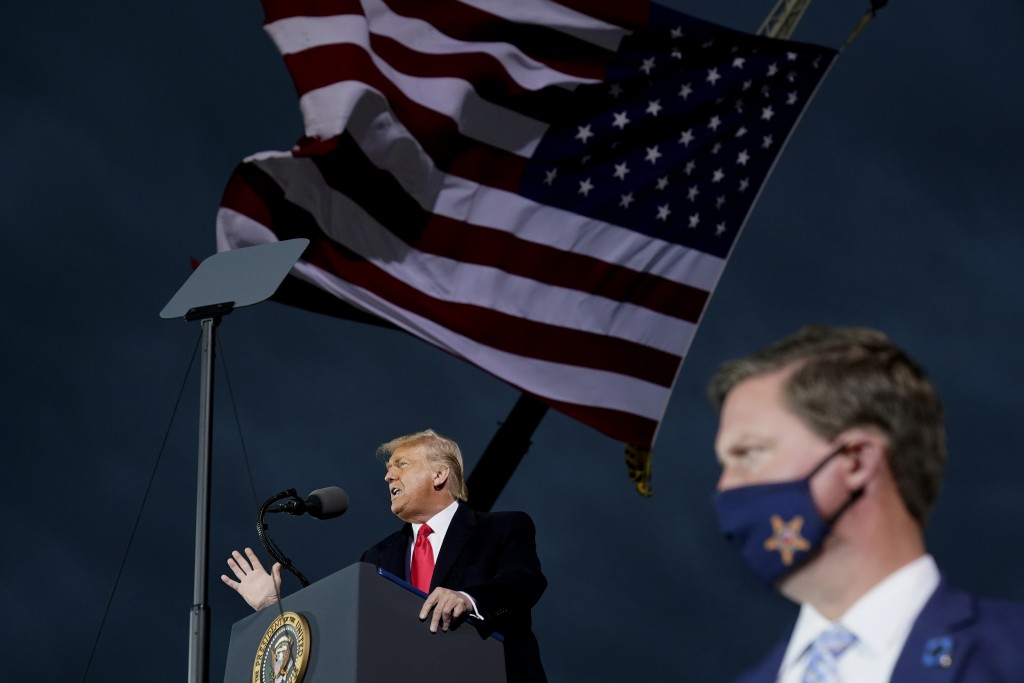 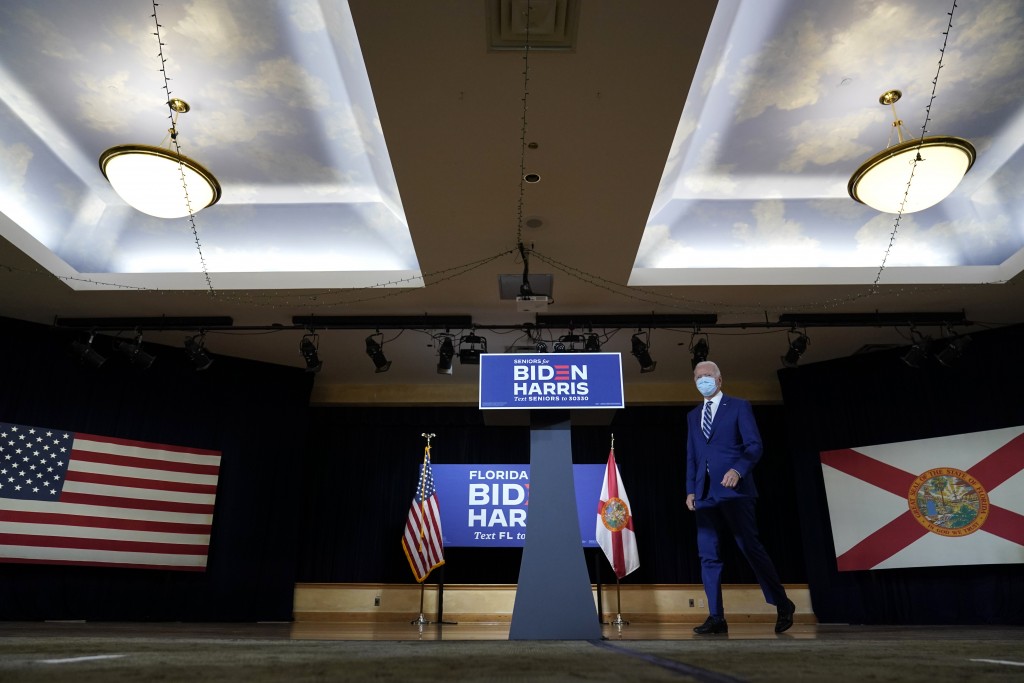 U.S. President Donald Trump and challenger Joe Biden will compete for TV audiences in dueling town hall meetings instead of meeting face-to-face for their second debate as originally planned.

The two will take questions in different cities on different networks Thursday night: Trump on NBC from Miami, Biden on ABC from Philadelphia. Trump backed out of plans for the presidential faceoff originally scheduled for the evening after debate organizers shifted the format to a virtual event following Trump’s coronavirus diagnosis.

As the pace of the campaign speeds up in its final weeks, the two candidates first are taking care of other electoral necessities Thursday: Trump has a midday rally in battleground North Carolina and Biden is raising campaign cash at a virtual event.

Trump has also been trying to shore up support from constituencies that not so long ago he thought he had in the bag: big business and voters in the red state of Iowa.

In a Wednesday morning address to business leaders, he expressed puzzlement that they would even consider supporting Biden, arguing that his own leadership was a better bet for a strong economy. Later, the president held his third campaign rally in three nights, this time in Iowa, a state he won handily in 2016 but where Biden is making a late push.

Trump claimed to be leading in the most recent Iowa poll he saw. “For me to only be up six, I'm a little bit concerned,” he asserted. Multiple polls have shown a much closer race.

Biden, for his part, held a virtual fundraiser from Wilmington, Delaware, and used his appearance to say that Trump was trying to rush through Amy Coney Barrett, his nominee for the Supreme Court, to help his efforts to repeal the Obama health care law, calling that “an abuse of power.”

Trump used his economic address Wednesday to play up his administration's commitment to lowering taxes and deregulation of industry, and he didn't hide his frustration with signs that some in the business community are tilting to Biden.

“I know I’m speaking to some Democrats, and some of you are friends of mine,” Trump said in a virtual address to the Economic Clubs of New York, Florida, Washington, D.C., Chicago, Pittsburgh and Sheboygan, Wisconsin. Should Biden be elected, he continued, “you will see things happen that will not make you happy. I don’t understand your thinking.”

The former vice president has collected more than $50 million in campaign contributions from donors in the securities and investment sectors, according to the private nonpartisan Center for Responsive Politics. During his decades in the Senate representing Delaware, a center for the credit card and banking industries, Biden built relationships and a voting record in the business sector that has raised suspicion on the left but provides Wall Street with a measure of ease at the prospect of a Biden administration.

After being sidelined by the coronavirus, Trump resumed a breakneck schedule this week, with aides saying he is expected to travel and host campaign rallies every day through Nov. 3. Trump has appeared hale in his public appearances since reemerging from quarantine, though at moments during his economic address on Wednesday his voice was raspy.

In Iowa, Trump tossed away his tie and donned a red hat to fight off the stiff breeze on the airport tarmac. He made a direct appeal to the state’s farmers, saying that he was responsible for $28 billion in aid designed to help offset damage stemming from his trade war with China. “I hope you remember that on Nov. 3," Trump said.

But after years of farmers supporting him despite the trade war, some Republicans say Trump’s renewable fuel policy has sown some doubt.

Trump’s Environmental Protection Agency granted dozens of waivers to petroleum companies seeking to bypass congressional rules requiring the level of the corn-based fuel additive ethanol that gasoline must contain. He has recently denied more waiver requests, but the EPA’s previous action removed about 4 billion gallons of ethanol demand, resulting in the closure — at least temporarily — of more than a dozen ethanol plants in Iowa.

While mostly laying low on Wednesday, Biden has stepped up campaign travel in the past week, with visits to Arizona, Nevada, Florida and Pennsylvania. The former vice president isn’t introducing new themes in his pitch that he’s a steady alternative to Trump. Biden and his aides believe the president’s scattershot campaign messaging since his COVID-19 diagnosis proves the core of Biden’s case.

Trump’s return to Iowa came as he has been forced into playing defense following a widely panned performance in the first debate and his illness. Republicans have raised alarm that enthusiasm among Trump’s base has waned slightly after the one-two punch of those events, casting his reelection into doubt.

Barrow reported from Wilmington, Del., and Madhani from Chicago. 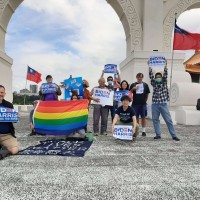 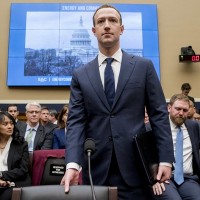