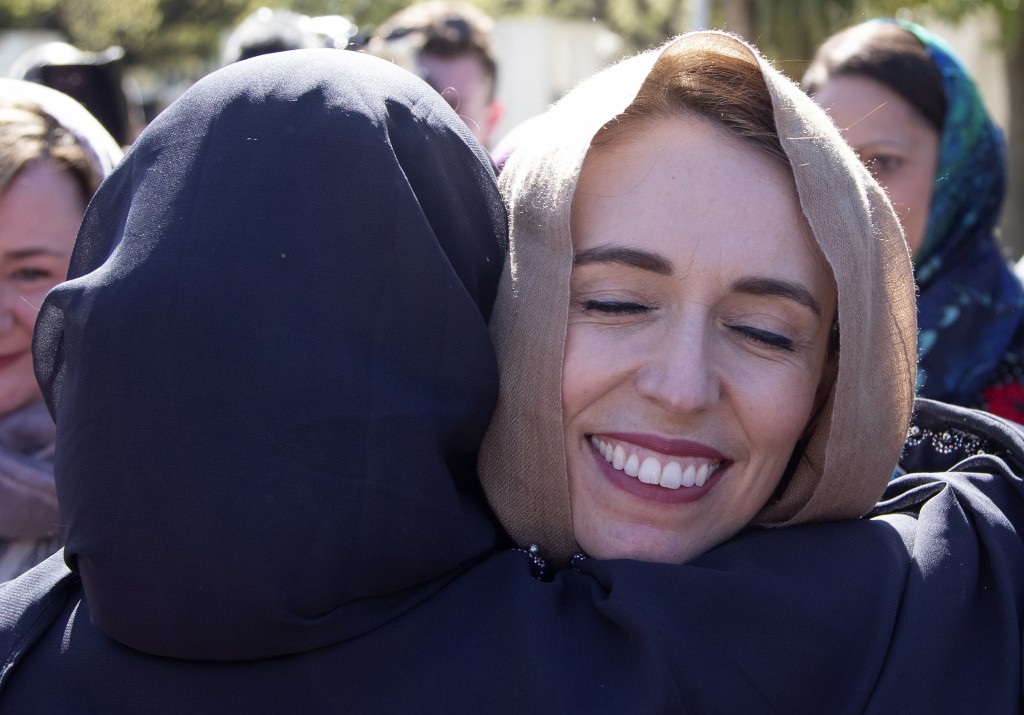 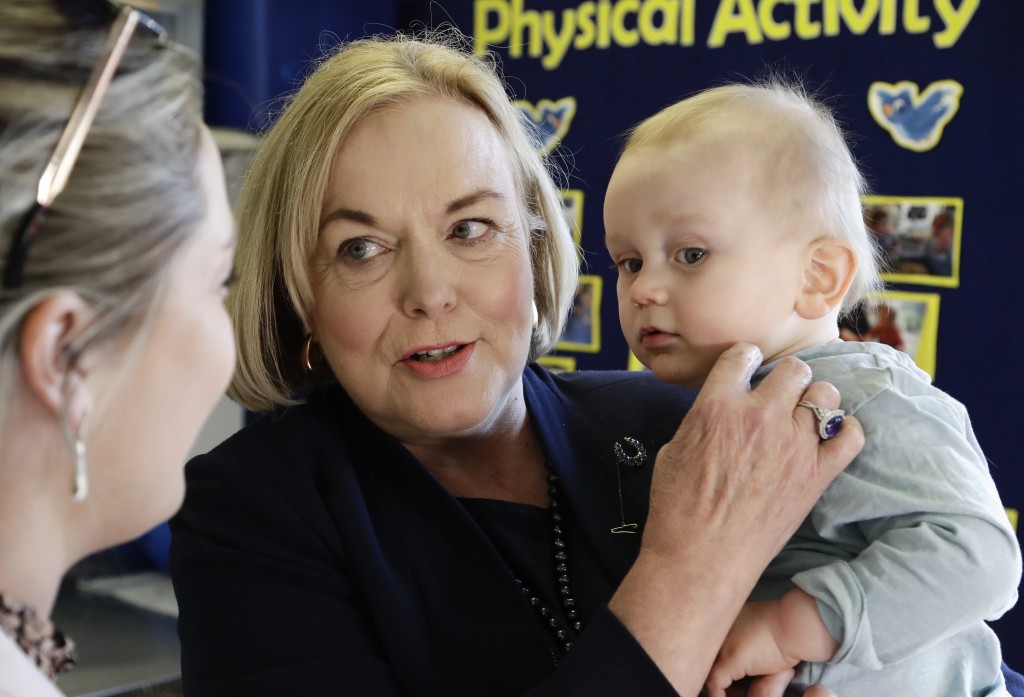 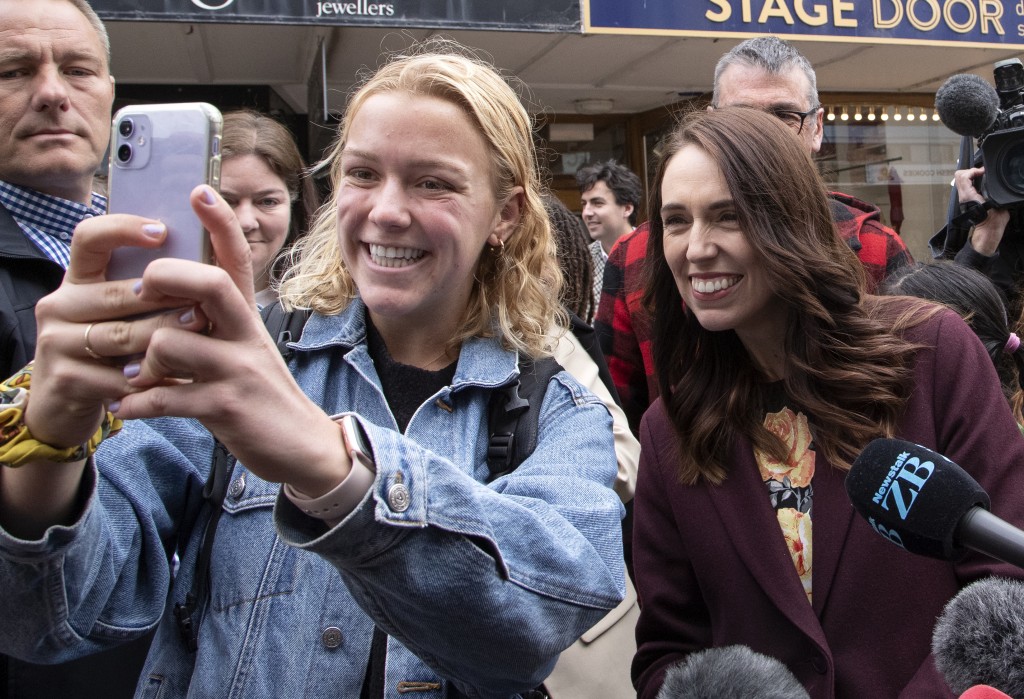 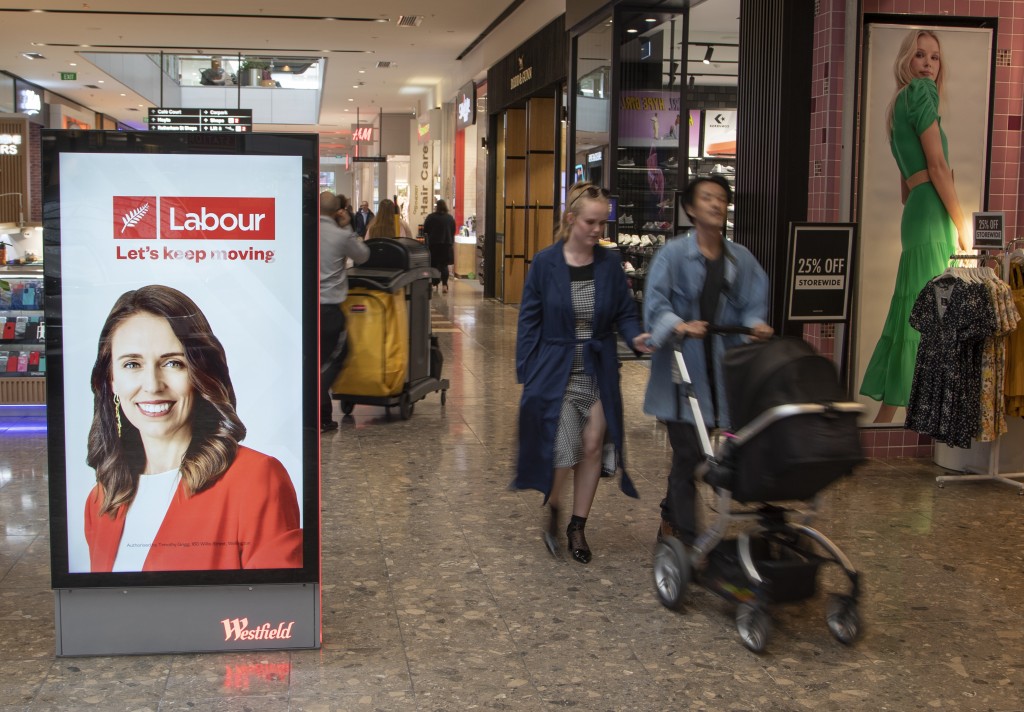 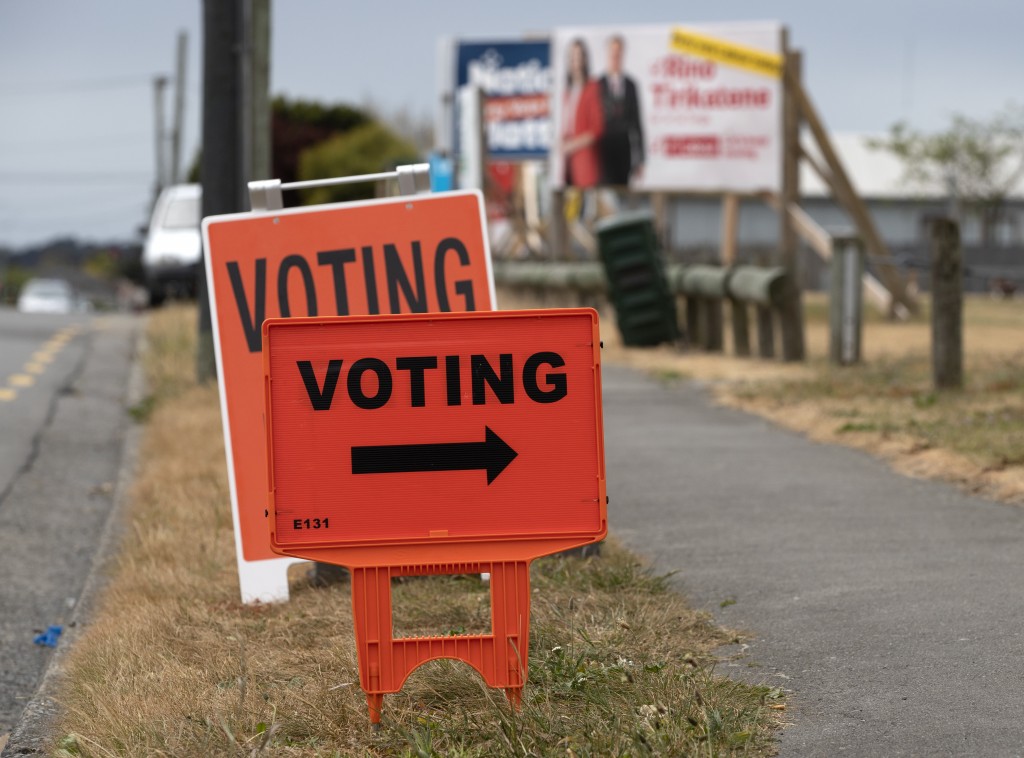 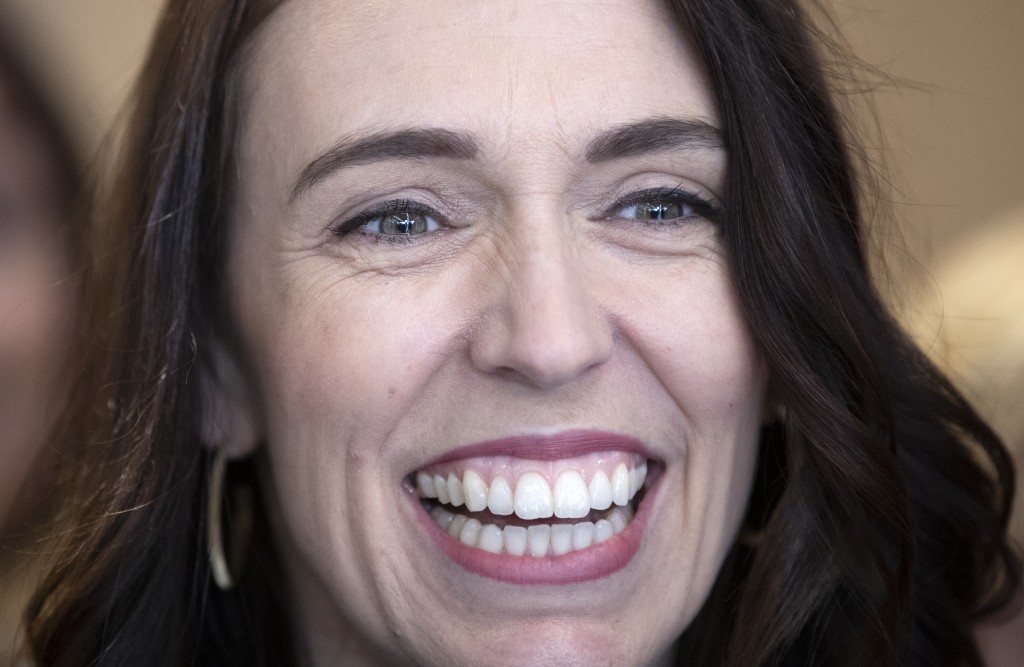 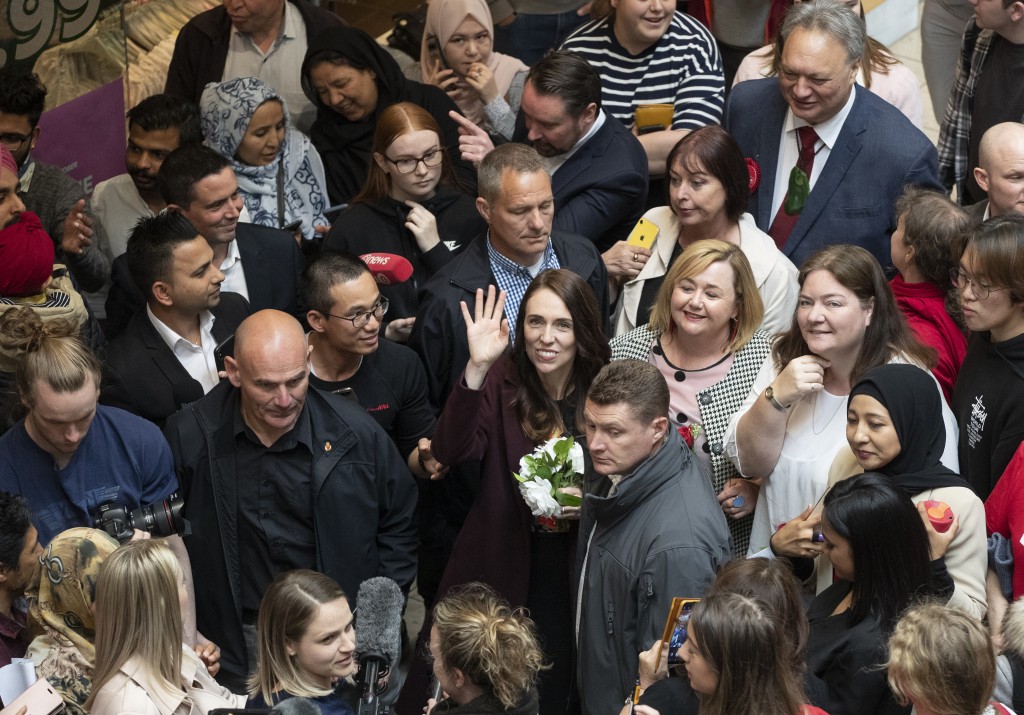 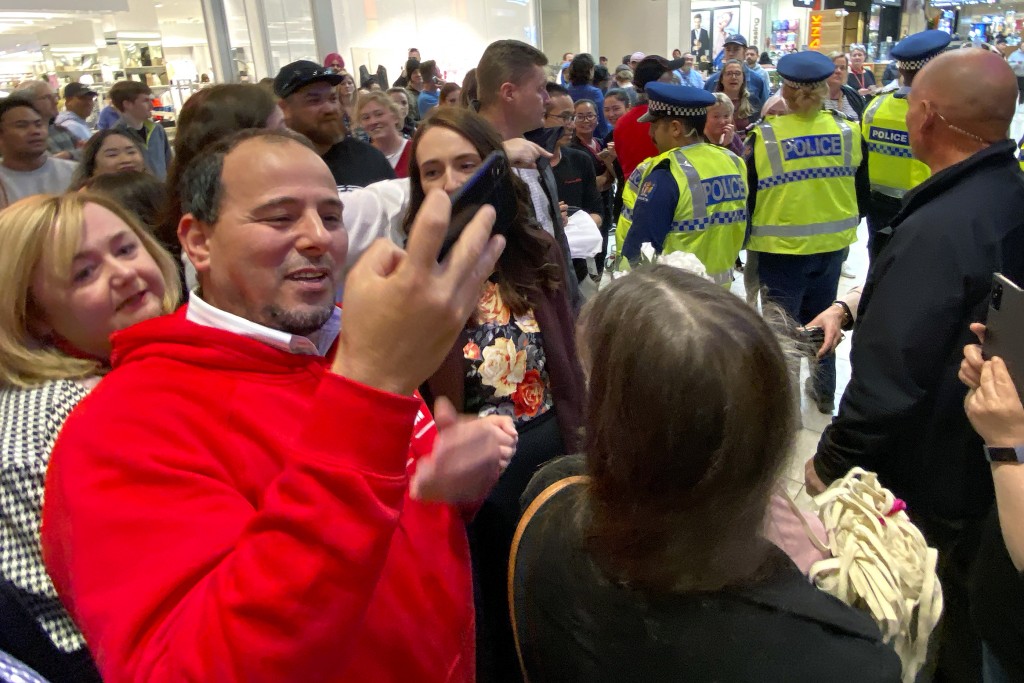 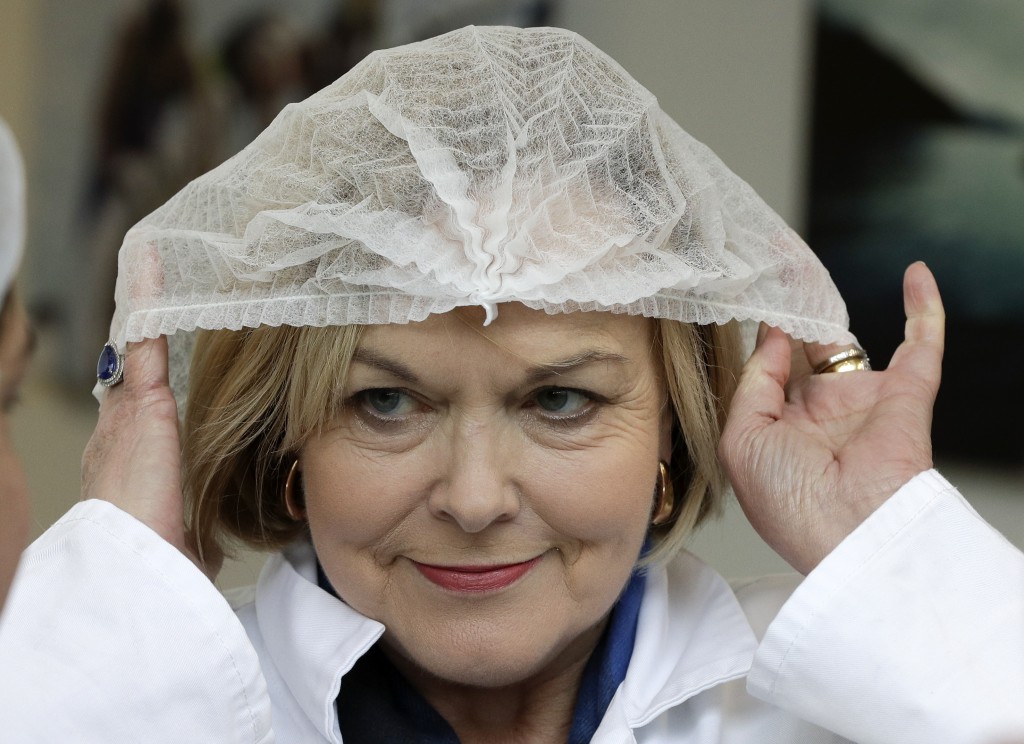 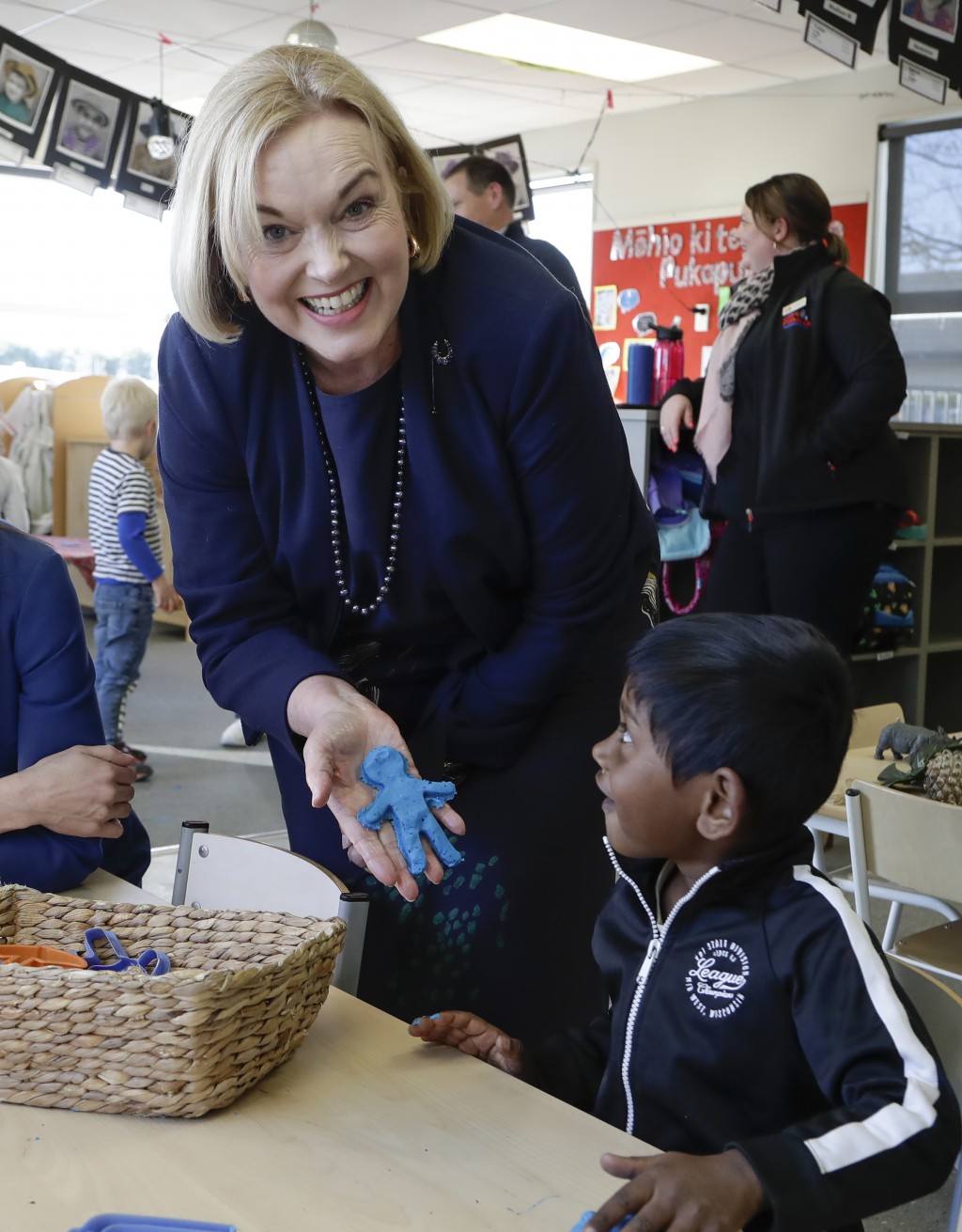 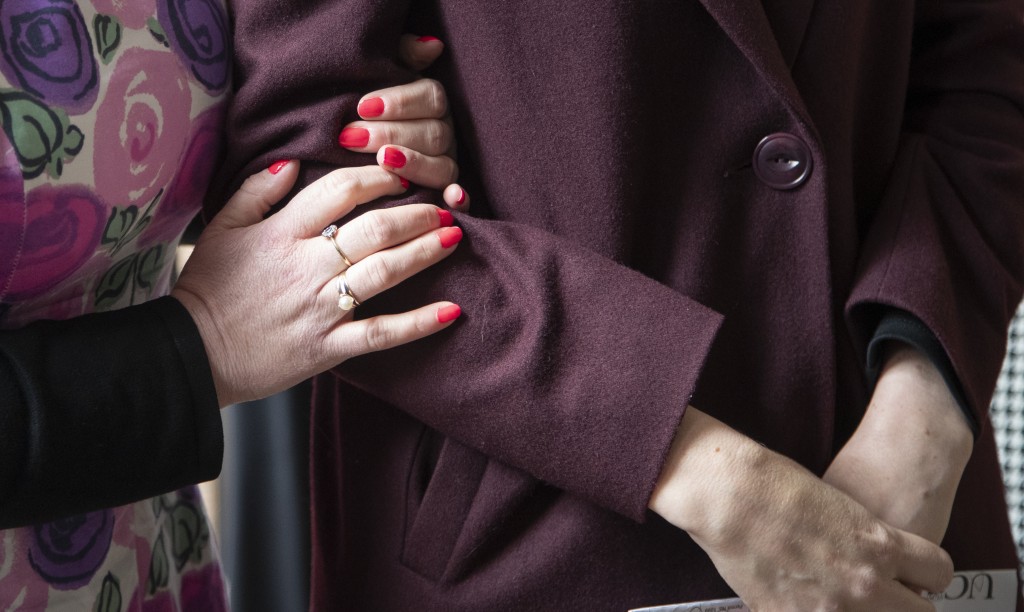 WELLINGTON, New Zealand (AP) — In the final days of campaigning before New Zealand holds an election on Saturday, Prime Minister Jacinda Ardern is being greeted like a rock star.

Hundreds of students are crammed into a common area at the Victoria University of Wellington to hear her speak, and her message of hope is being punctuated by thunderous applause. One student volunteer looks on the verge of tears while others are shrieking or singing.

It's an unusually emotive display in a country where people often pride themselves on keeping things low key.

And yet as Ardern talks in uplifting tones about her plans to address mental health and climate change, she never mentions what many around the world consider her greatest success: leading the effort to stamp out the coronavirus from the nation's shores.

Nobody in the crowd is social distancing or wearing a mask — they don't need to because the virus is no longer spreading in New Zealand. Life has returned to normal in the country of 5 million and Ardern's popularity has skyrocketed as a result.

Opinion polls indicate Ardern is on track to win a second term as prime minister. Her liberal Labour Party is polling far ahead of the conservative National Party, led by Judith Collins.

Ardern, 40, is greeted with the same enthusiasm on walkabouts, where her security detail looks nervous as people crush to get selfies with her. Judy Buot, a nurse, came to the Queensgate Shopping Centre near Wellington to see Ardern and said she admires her virus leadership.

One question on election night will be whether Labour can win an outright majority in Parliament, something that hasn't happened since New Zealand implemented a proportional voting system 24 years ago. Typically, parties must form alliances to govern, but this time there's a chance Ardern and Labour will be able to go it alone.

For her part, Collins, 61, says polls have been wrong before, notably about Brexit and the 2016 U.S. presidential election. Asked by a reporter whether she'd be commiserating on Saturday, Collins laughed.

“I always celebrate on election night,” she said. "I just think it’s a wonderful part of being in a liberal democracy, to be able to do that, and I expect I’ll have a lot to celebrate, thank you.”

Collins took over the party leadership three months ago, the second new leader in matter of weeks as National looked for ways to counter Ardern's rising star.

A former lawyer, Collins served as a minister when National was in power and prides herself on a blunt, no-nonsense approach, a contrast to Ardern's empathetic style. Collins is promising sweeping tax cuts in response to the economic downturn caused by the virus.

The race has turned from the beginning of the year, when polling indicated National was tracking ahead of Labour.

That was despite the international acclaim Ardern had already attracted by then.

After becoming prime minister at just 37, Ardern in 2018 became only the second world leader to give birth while in office. She famously brought her infant daughter Neve to the U.N. General Assembly in New York.

She became a role model for working mothers around the world, many of whom saw her as a counterpoint to President Donald Trump. And she was praised for her handling of last year's attack on two Christchurch mosques, when a white supremacist gunned down 51 Muslim worshippers.

The day after the attack, Ardern wore a hijab when meeting with survivors and later delivered a landmark speech when she declared “They are us." She also moved quickly to pass new laws banning the deadliest types of semi-automatic weapons, and her government launched a program to buy back and destroy more than 50,000 guns.

Yet her high international profile didn't immediately translate into domestic popularity for her party. People remained worried about the economy, heath care and housing, especially after Ardern's government failed in its promise to build tens of thousands of new affordable homes.

One of her government's policies — halting new permits for offshore oil and gas exploration — was lauded by international environmentalists but was described by New Plymouth Mayor Neil Holdom as a “kick in the guts” for people living in his oil-rich Taranaki region.

The political equation changed with the pandemic.

In late March, when only about 100 people had tested positive for COVID-19, Ardern and her health officials put New Zealand into a strict lockdown with a motto of “Go hard and go early.” She shut the borders and outlined an ambitious goal of eliminating the virus entirely rather than just trying to control its spread.

With New Zealand having the advantage of being an isolated island nation, the strategy worked. New Zealand eliminated community transmission for 102 days before a new cluster was discovered in August in the city of Auckland. Ardern swiftly imposed a second lockdown in Auckland and the new outbreak faded away. The only new cases found recently have been among returning travelers, who are in quarantine.

The Auckland outbreak prompted Ardern to postpone the election by a month. It also appears to have encouraged more people to vote early and avoid the crowds, with more than half of all voters expected to cast their ballot before Saturday.

On Saturday, voters will also have a say on two contentious social issues — whether to legalize marijuana and euthanasia. Polls indicate the euthanasia referendum is likely to pass while the marijuana vote remains close.

A vote in favor of euthanasia would see new laws automatically go into effect while a vote for marijuana would still require lawmakers to pass new legislation.