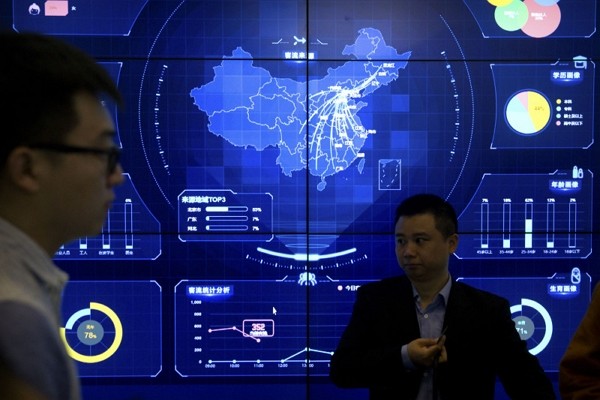 TAIPEI (Taiwan News) — China has been ranked last for the sixth consecutive year in the annual Freedom on the Net report, scoring only 10 out of 100 points.

The report, published by Washington-based think tank Freedom House on Wednesday (Oct. 14), found that internet freedom in China has eroded over the last year. Describing Beijing as the "worst abuser of internet freedom," it said the Chinese Communist Party (CCP) has exploited the coronavirus pandemic to expand digital surveillance and its crackdown on dissent.

The think tank also cited pandemic-related home intrusions conducted by the government and observed that citizens had been told to install webcams at home to allegedly aid in quarantine enforcement. It noted that few internet users in the country have managed to bypass the Great Firewall and access blocked websites, especially after Beijing strengthened restrictions on virtual private networks (VPN).

Listing China under the "not free" category, the report pointed out that the Chinese government had also arrested web journalists, activists, and citizens for posting politically sensitive content online. China has set an example for other authoritarian countries, such as Azerbaijan, Belarus, Kazakhstan, Russia, Uzbekistan, Pakistan, and Iran, in normalizing excessive control of the internet during the pandemic, the report said.

The Freedom on the Net 2020 report assessed online freedom in 65 countries, accounting for 87 percent of the world's internet users. It focused on developments that occurred between June 2019 and May 2020, which encompasses the coronavirus pandemic as well as the Hong Kong protests.

The five countries with the highest scores are Iceland, Estonia, Canada, Germany, and the UK. Taiwan was not among the 65 countries evaluated.