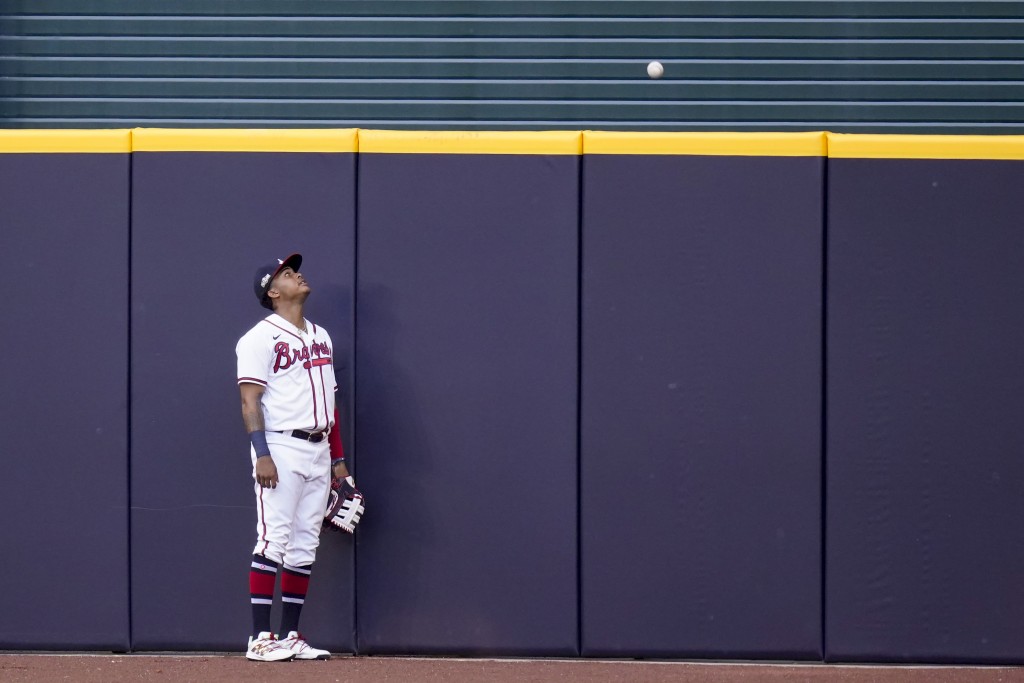 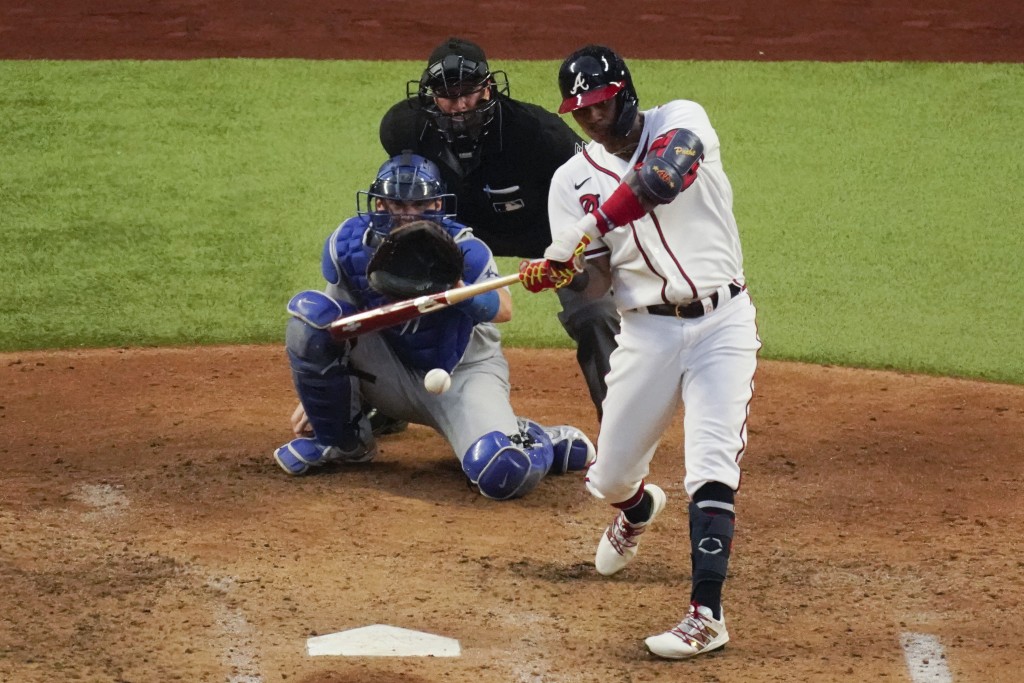 ARLINGTON, Texas (AP) — The Baby Braves were the Battered Braves in their first loss of these playoffs.

Now the young pitchers who had been so poised and effective in the postseason will have to try to get Atlanta back on track.

Rookie starter Kyle Wright and the Braves gave up a postseason-record 11 runs in the first inning of a 15-3 loss to the Los Angeles Dodgers in Game 3 of the NL Championship Series on Wednesday night.

The 15 runs allowed in the first three innings were more than the Braves permitted in their first seven postseason games combined. And those 13 previous runs included seven scored by Los Angeles in the final three innings of Atlanta's 8-7 win in Game 2.

The Braves will have to remind themselves they still lead the series 2-1, with Game 4 on Thursday night in the first NLCS with no days off since 1978, and the first ever at a neutral site, the home of the Texas Rangers.

Wright gave up seven runs while getting just two outs after Atlanta starters allowed only five runs over 38 2/3 innings in the first seven playoff games.

The 25-year-old right-hander had one of the five scoreless starts for the Braves, who fell one win short of Kansas City's record eight straight victories to start the 2014 postseason.

Left-hander Grant Dayton replaced Wright and yielded eight runs in two innings, making them the second pair of teammates in postseason history to allow at least seven runs in the same game. Bartolo Colon (seven runs) and Steve Reed (eight) did it with Cleveland in a 23-7 loss to Boston in Game 4 of the 1999 ALDS.

Before this meltdown, Wright and 22-year-old Ian Anderson had given the Braves a pair of impressive rookie pitchers to go with young offensive stars Ronald Acuña Jr. and Ozzie Albies.

Wright pitched six scoreless innings in his postseason debut, a 7-0 win over Miami to clinch the NLDS, while Anderson hasn't allowed a run in 15 2/3 innings covering the first three playoff starts of his career.

Add lefty Max Fried to the mix, and Atlanta was just the second team to throw shutouts in four of its first five games in a postseason. The other was the 1905 New York Giants.

Now it's up to another 22-year-old making his postseason debut, Bryse Wilson, to try to get the Dodgers' dangerous offense back under control. The right-hander most likely will face the LA's career leader in postseason victories, Clayton Kershaw, pitching down the road from his Dallas home.

Kershaw was scratched from Game 2 because of back spasms, but manager Dave Roberts said the lefty was on track for Game 4 if his condition continued to improve as it had over the past few days.

“We had the mindset of we've just got to stay on the gas pedal,” Wilson said before Game 3. “They can come alive anytime. They’re a great team, great lineup.”

The Dodgers showed it in Game 3 by becoming the first team to score 15 runs and hit five homers in the first three innings of a playoff game, according to the Elias Sports Bureau.

LA's 11-run first made Acuña, Albies, MVP contender Freddie Freeman and the rest of the Atlanta offense irrelevant from the start. In fact, Acuña and Freeman were on the bench by the fifth inning with the game out of hand.

The first inning was so bad, Braves catcher Travis d'Arnaud found himself pleading for a hit batter instead of a wild pitch that scored a run. They got their wish, with the replay showing the ball glancing off Justin Turner's back foot.

Mookie Betts had to go back to third instead of scoring, but that just loaded the bases for Max Muncy's grand slam into the right-field seats to cap the 11-run first.

Braves fans in the pandemic-reduced crowd of 10,664 at the new 40,518-seat retractable-roof stadium cheered sarcastically when Cristian Pache connected for a solo homer just inside the foul pole in left field leading off the third.

But it was a significant moment for Atlanta with another young potential star. The 21-year-old Pache became the seventh player in major league history to hit his first career homer in the postseason, and just the third non-pitcher. The most recent one, pitcher or otherwise, was by right-hander Joe Blanton for Philadelphia in the 2008 World Series.