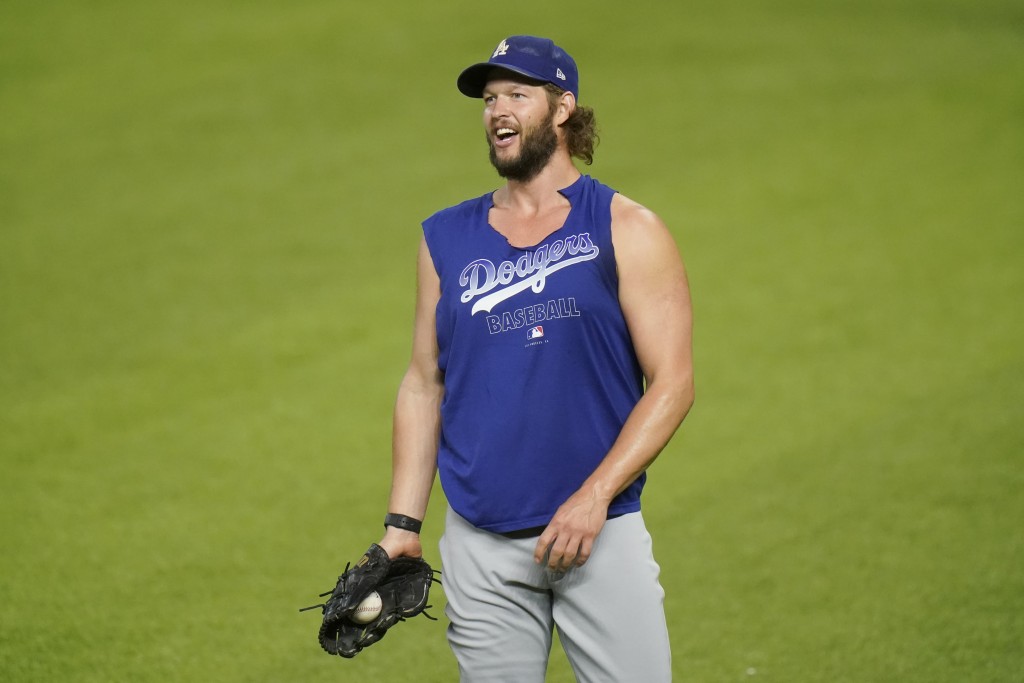 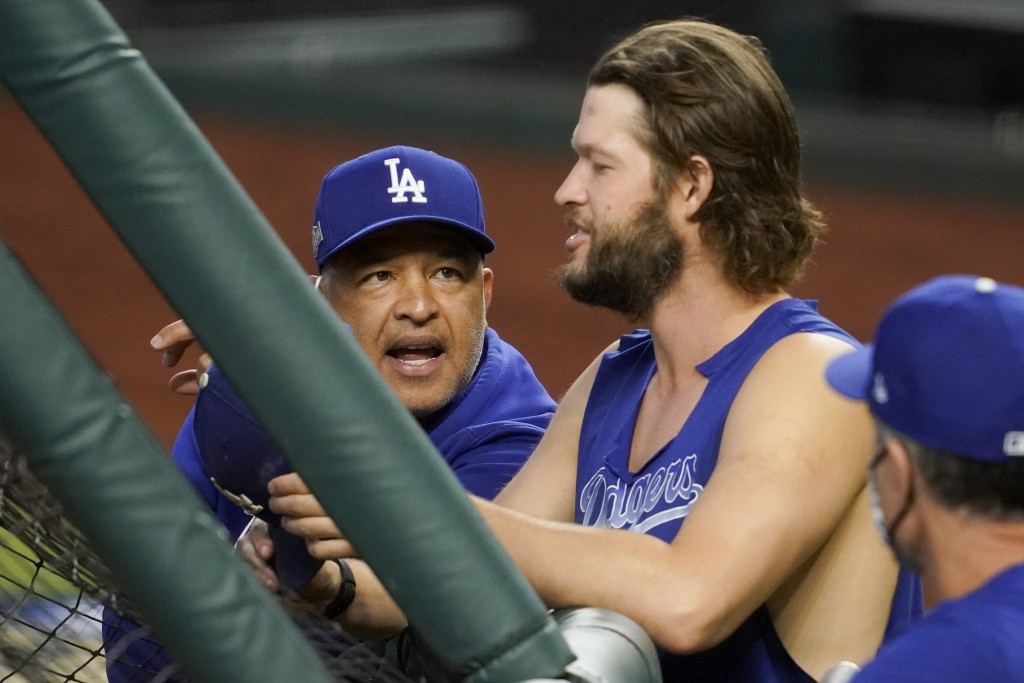 A look at what's happening around the majors Thursday:

Clayton Kershaw could start Game 4 of the NL Championship Series for the Dodgers if the left-hander’s back continues to improve. Kershaw was scratched from his Game 2 start because of back spasms, and manager Dave Roberts decided to stick with left-hander Julio Urías for Game 3 against Atlanta on Wednesday night. Los Angeles stormed to a 15-3 victory over Atlanta that cut its series deficit to 2-1.

“Every day it’s been better,” Roberts said of Kershaw’s back. “I can’t just sit here right now and say he’s going to start tomorrow. I think if it progresses the way it has, it’s a likely possibility. But again, this is making sure Clayton feels good tomorrow when he wakes up and the training staff gives us our blessing as well.”

The Braves will start rookie right-hander Bryse Wilson, who has just seven professional starts and none in the postseason. He hasn’t pitched since the regular season finale Sept. 27.

The Los Angeles Angels granted the Chicago White Sox permission to interview Hall of Famer Tony La Russa for their managing job, a person familiar with the situation said Wednesday. The person, confirming a USA Today report, spoke to The Associated Press on the condition of anonymity because the Angels typically do not comment on personnel matters.

A three-time World Series-winning manager, the 76-year-old La Russa joined the Angels prior to this season as senior advisor of baseball operations. He hasn’t managed since 2011, when he led St. Louis past Texas in the World Series. He also won championships with Oakland in 1989 and the Cardinals in 2006.

The White Sox agreed to split with Rick Renteria after a disappointing finish to a breakthrough season in which Chicago made the playoffs for the first time since 2008.

Yankees general manager Brian Cashman isn’t committing to Gary Sánchez as New York’s starting catcher in 2021. Sánchez hit .147 during the pandemic-shortened season, and while his defense has improved, it remains below average. The 27-year-old was benched for four of five games against the Rays in their AL Division Series defeat in favor of backup Kyle Higashioka.