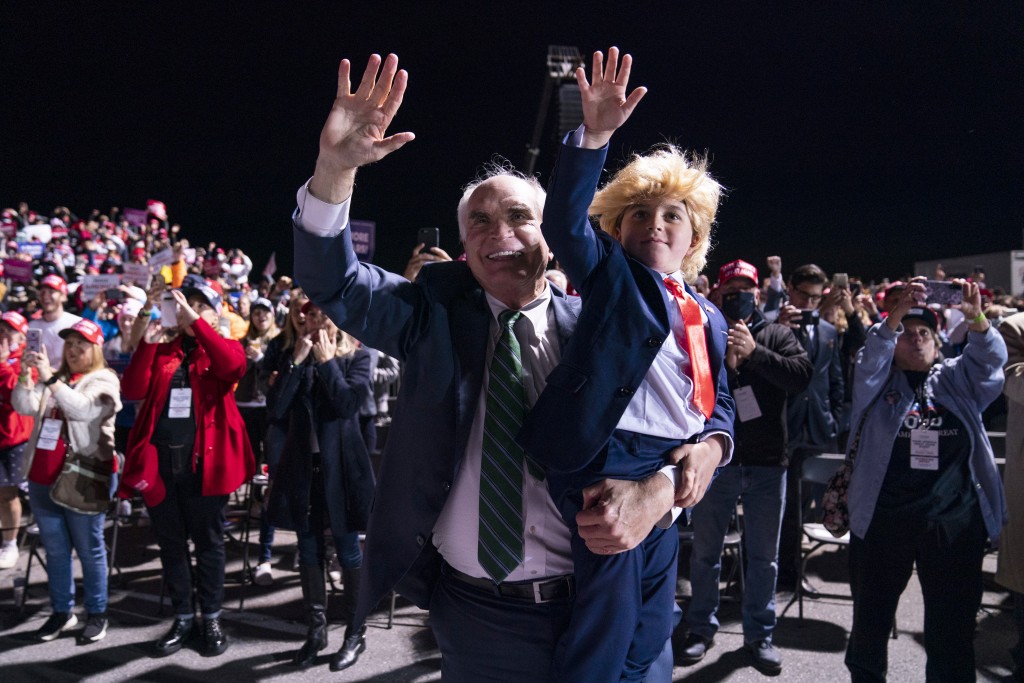 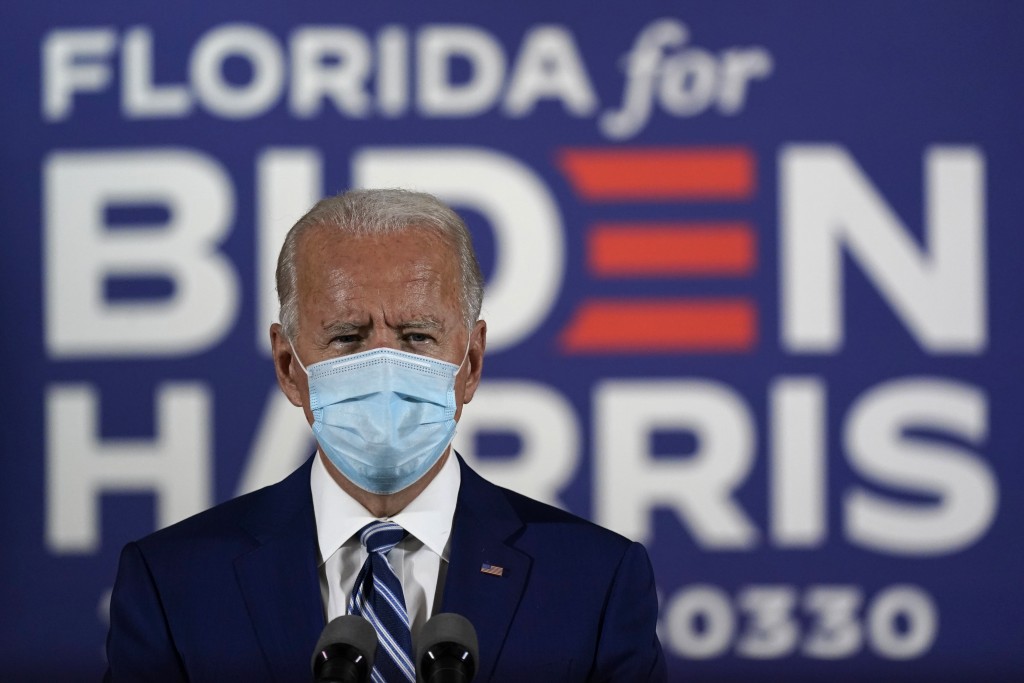 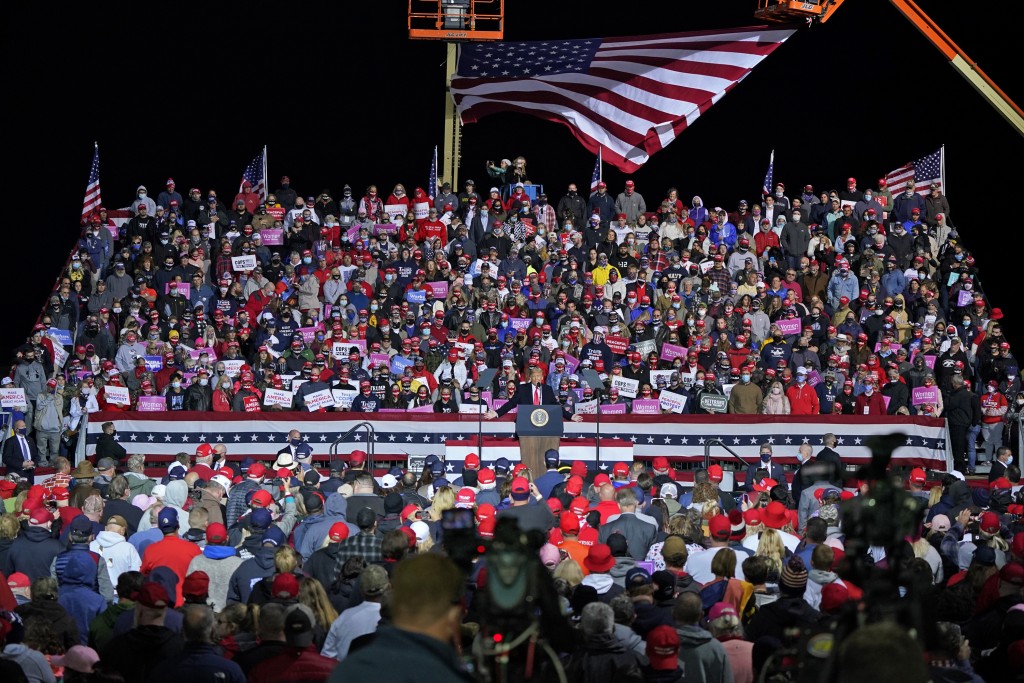 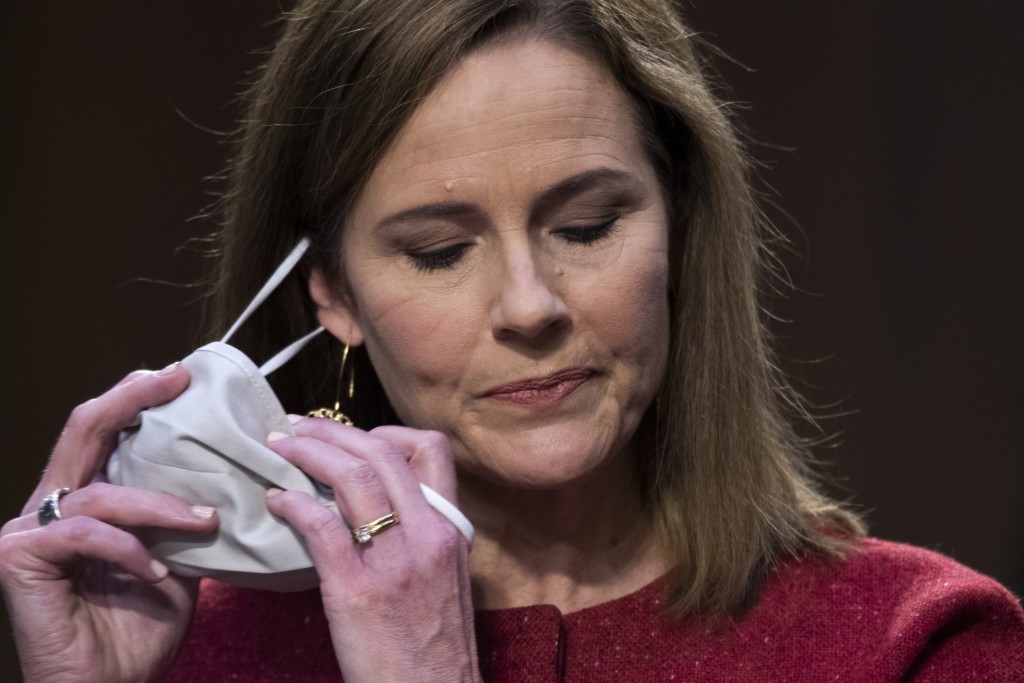 HOW TO VOTE: AP’s state-by-state interactive has details on how to vote in this election.

ROAD TRIP: President Donald Trump is being forced to play Electoral College defense with a trip to Iowa, a state he won handily in 2016 but where Joe Biden is making a late push. Trump’s heavy travel this week, including his rally in Des Moines, reflects his uphill climb. He will head to another battleground state, North Carolina, that he likely can’t win without. Also on his schedule is Georgia, another state he once thought was in his grasp but where recent polling shows Biden improving.

TOUGH DISTRICTS: Democrats are making a run at a Republican-held House district in rural Virginia that until this spring wasn’t considered competitive. A self-described “biblical conservative” there snatched the GOP nomination from a congressman who’d upset some voters by performing a same-sex wedding. The fight is among a handful of districts around the country where one party is making a play for a House seat that in many years would seem out of reach.

BARRETT’S BACK: Supreme Court nominee Amy Coney Barrett returns to Capitol Hill for a third day of confirmation hearings by the Senate Judiciary Committee. Senators are digging deeper into the conservative judge’s outlook on abortion, health care and a potentially disputed presidential election. The conservative judge has been giving hours of testimony, but few specifics. Underscoring the Republicans’ confidence, Sen. Lindsey Graham set an initial committee vote on the nomination for Thursday.

TEXAS VOTES: Early voting is underway in Texas, one of the few places in the U.S. not allowing widespread mail balloting during the pandemic. Voters went to the polls as Jill Biden rallied supporters across the red state that Democrats are no longer writing off. Voters on both sides of the aisle say their desire to cast a ballot outweighs their concerns over virus safety. Long lines were common, as were masks, although they are not required in polling places.

RACIAL JUSTICE AT THE POLLS: The Black Lives Matter movement isn’t named in any of the 120 statewide ballot measures up for a vote on Nov. 3. But the nationwide protests over police brutality and racial injustice are major factors in several states for measures with racial themes. In California, voters will decide whether to allow affirmative action in public hiring, contracting and college admissions. Elsewhere, the topics include a replacement for Mississippi’s Confederate-themed state flag, a proposed change in Rhode Island’s official name to remove the word “plantations,” and efforts in Nebraska and Utah to strip language from the state constitutions providing an exemption to the ban on slavery.

Army: No requests made for use of troops around election