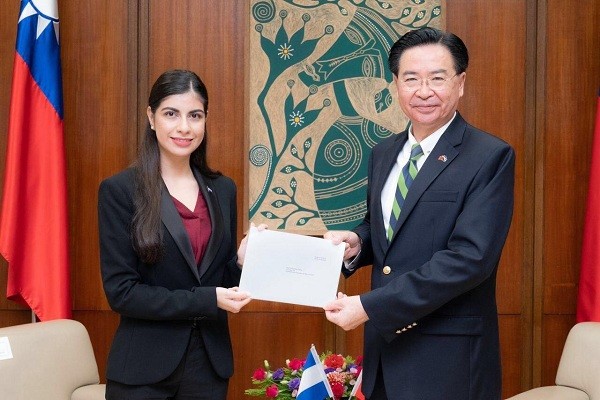 The Ministry of Foreign Affairs (MOFA) issued a press release on Wednesday afternoon welcoming Rivera, who is to replace former Nicaragua Ambassador to Taiwan William Manuel Tapia Aleman, who left his post this summer after serving for nearly 13 years, according to a MOFA press release.

Wu reiterated that the Taiwanese government cherishes the relationship with Nicaragua, adding that Rivera will breathe new life into Taiwan – Nicaragua relations.

The new ambassador said that Taiwan is an important ally of Nicaragua and enjoys a good reputation there. She thanked Taiwan for carrying out various projects in her nation that enhance the well-being of her compatriots.

She added that she hopes the two countries can strengthen cooperation and exchange in various aspects so that the Taiwanese can get to know Nicaragua better.

The ministry said Rivera was a student on a Taiwanese scholarship and graduated from the Department of International Business at Ming Chuan University in 2018.