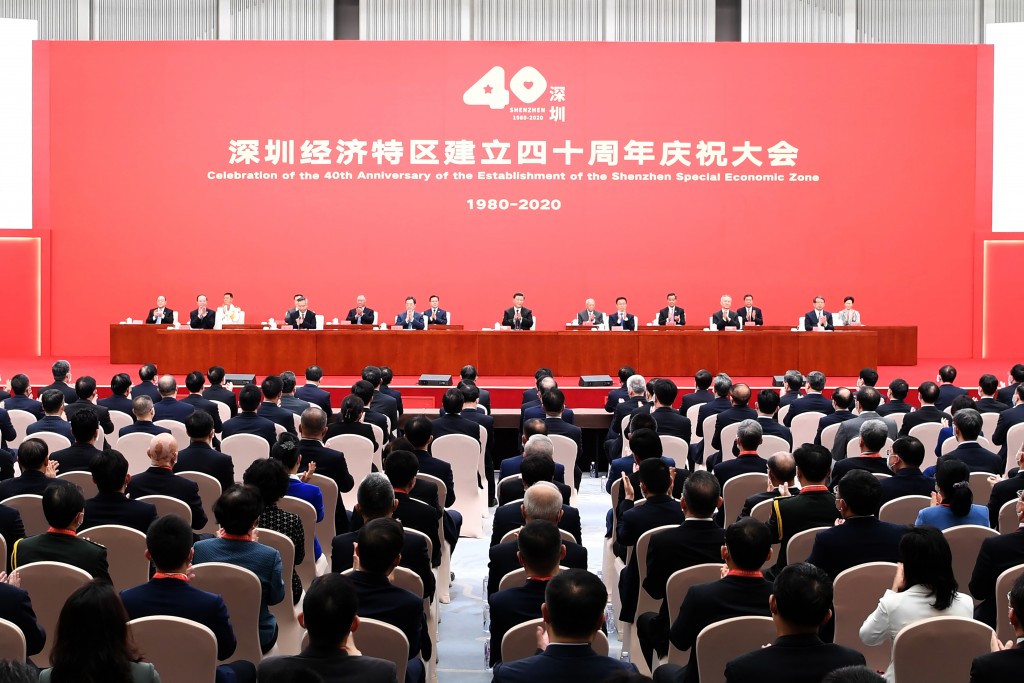 BEIJING (AP) — President Xi Jinping promised Wednesday new steps to back development of China's biggest tech center, Shenzhen, amid a feud with Washington that has disrupted access to U.S. technology and is fueling ambitions to create Chinese providers.

Xi made the remarks in a speech marking the 40th anniversary of the former fishing village adjacent to Hong Kong being declared the first area for the ruling party to allow tightly controlled free enterprise.

He promised to ease regulations to encourage new industries. He also called for “the great rejuvenation of the Chinese nation” and “optimizing and upgrading production,” a reference to official ambitions to become a global competitor in fields from telecoms and bio-tech to electric cars and renewable energy.

Companies in Shenzhen including Huawei, a maker of smartphones and telecom network equipment, play a key role in party plans to transform China into a leader in telecoms, electric cars and other profitable fields.

That has made them targets of U.S. complaints they might be security threats or erode American industrial dominance.

The party leadership is issuing more than 60 policy changes or new guidelines, Xi said in the speech in Shenzhen to an audience of businesspeople and officials. He gave no details but said Shenzhen would have “more autonomy in important areas.”

The audience, all of whom wore masks, included Huawei founder Ren Zhengfei and Zhong Nanshan, a prominent scientist who in January became the first to publicly confirm human-to-human transmission of the coronavirus.

China's efforts to build its own advanced technology added to tensions that prompted President Donald Trump to hike import duties on Chinese goods in 2018.

Washington has blocked Huawei's access to American components and technology. That threatens to cripple its sales of smartphones and switching equipment. Trump issued an order in August that declared WeChat, a popular messaging service operated by another Shenzhen corporate giant, Tencent, a threat to national security.

Economists warn other Chinese technology producers might be disrupted by U.S. curbs on access to American components and services such as Google's Android smartphone operating system.

That has added urgency to the party's ambitions to nurture Chinese creators of processor chips and other high-tech components, an effort that is focused on Shenzhen and a handful of other tech centers.

Shenzhen grew from a village of 30,000 people in 1980 to about 13 million people today. Downtown is a forest of office towers to rival Manhattan or neighboring Hong Kong. The Ping An Finance Center is the world’s fourth-tallest skyscraper at 599 meters (1,965 feet).