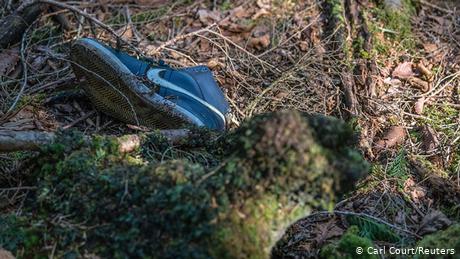 This year, Japan's news headlines have been increasingly dominated by celebrity suicides: On May 23, it was the death of professional wrestler and reality TV star Hana Kimura, 22, and in July, TV actor Haruma Miura, who was 30. In September, actresses Sei Ashina, 36, and Yuko Takeuchi, 40, also died by suicide.

The recent spike signals a strong shift away from years of declining suicide rates in the country. This July, observers were surprised to see numbers as high as those of July 2019. And in August, which saw around 1,850 suicides, that bottoming out was followed by a 15% increase over the same month the year before.

The Japanese government noted the upward trend — and has increased its annual suicide prevention budget by roughly 40%, to 3.7 billion yen (€30 million / $35 million).

The funds are sorely needed. Many private hotline operators and counsellors were forced to cut back services because of the coronavirus pandemic and many also lack funding while at the same time saying a greater number of people are calling them for help. Experts blame the rise in suicides on the pandemic.

Initially, the coronavirus threat strengthened many people's immune systems and restrictions on public life reduced incidents of interpersonal conflict. Between January and June, the number of suicides fell by about 10%.

In the meantime, however, the pandemic's social and economic consequences have become a strain on the mental health of many Japanese. The country's unemployment rate rose from 2.4% to 3.0% between February and August, swelling Japan's ranks of registered unemployed to almost 2.1 million.

Numerous small businesses and stores have closed for lack of income, leaving owners buried under a mountain of debt. "No customers came to my restaurant even though I worked so hard for the opening," a desperate business owner told the aid organization Befrienders Osaka.

The rise in the number of suicides is particularly stark in Japan because the country has recorded relatively few coronavirus deaths. So far this year about 1,600 Japanese have died of Covid-19 — compared to more than 13,000 by suicide.

There has also been a significant increase in female suicide: In August, the number of female suicides rose to 651, a 40% increase over the previous year — most involved women between 20 and 40 years of age. The economic downturn caused by the pandemic greatly affects women because they are far more likely to have temporary or part-time jobs. "These types of jobs were the first to be cut during the pandemic," says Masaharu Maeda, a health expert from the University of Fukushima.

The suicide rate among Japanese youth has been on the rise for years but has increased significantly this year: In August, 59 primary, middle and high school students killed themselves — more than twice as many as during the same period last year. Observers say possible reasons include increased bullying when mandatory classroom attendance resumed in June and the academic pressure of having little time to make up for missed coursework. "We've heard kids as young as five years old talking about dying or wanting to disappear," as Hiroyuki Nishino, head of the non-profit children's aid organization Tamariba, told Bloomberg news agency.

Japan is one of the few countries in the world that promptly records and publishes suicide statistics. However, it appears the pandemic is driving up suicide rates in other nations as well. In South Korea, the number of female suicides rose significantly this spring. A study released by the US health foundation Well Being Trust this May predicted 75,000 additional "deaths of despair" — a euphemism for suicide and deaths from drug abuse — in the country over the next ten years. According to the Indian Suicide Prevention Foundation (SPIF), two of every three therapists in India reported more cases of intentional self-harm and attempted suicide among patients.

The World Health Organization (WHO) says mental health care has suffered as a result of the pandemic in more than 60% of the 130 countries it recently surveyed. In Japan, mental health is an aspect of life that is traditionally neglected. "Financial support from the government is important, but so is recognizing that mental health is an issue," as Yasuyuki Sawada, chief economist at Asian Development Bank and expert on the economic consequences of suicide, said in a Bloomberg interview. "Measures to address mental health should be a pillar of public health policy as well."

Deutsche Welle reports cautiously on the subject of suicide because there are indications that some forms of media coverage can have a copycat effect. If you have suicidal thoughts or feel distressed, do not hesitate to seek help. You can find out where help is available in your country by visiting the website https://www.befrienders.org/. In Germany, call the toll-free numbers 0800/111 0 111 and 0800/111 0 222 to get in touch with the Telefonseelsorge crisis helpline.