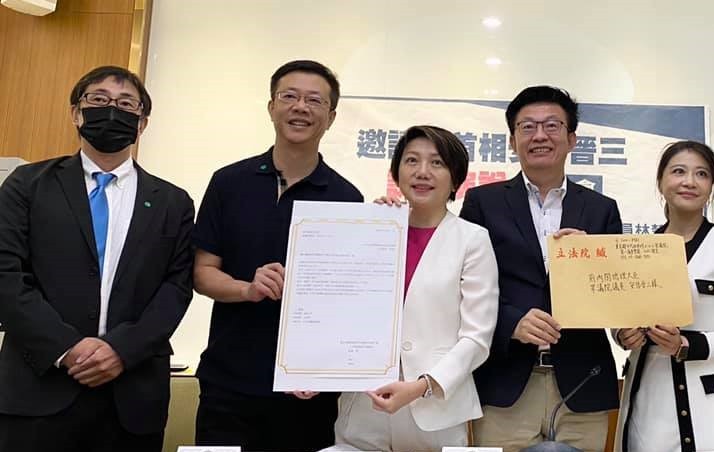 DPP Legislator Kuo Kuo-wen (郭國文), chairman of the association, held a press conference on Tuesday announcing that the letter to Shinzo Abe welcomed him to visit Taiwan next year and give a speech in the Legislative Yuan.

The letter also thanked Abe for his long-term commitment to promoting continuous exchanges and mutual trust between Taiwan and Japan as well as encouraging mutual assistance between the two peoples. According to Kuo, the letter mentioned that next year will be a very special year, as March 2021 marks the 10th anniversary of the Tohoku earthquake, while the summer will see both the Tokyo Olympics and the Paralympic Games held in Japan, CNA reported.

Kuo pointed out that he hopes to deepen bilateral relations by following the successful model of Czech Senate President Milos Vystrcil's recent visit to Taiwan and the past visit of former Taiwanese President Lee Teng-hui (李登輝) to Japan. Kuo noted that Abe's physical condition has declined but stated that after a year of recuperation, he would be in good enough shape for a visit.

DPP Legislator Lin Chu-yin (林楚茵) said that he is very happy the KMT support this initiative, adding that it was great to see legislators from both parties working together to improve Taiwan-Japan relations.